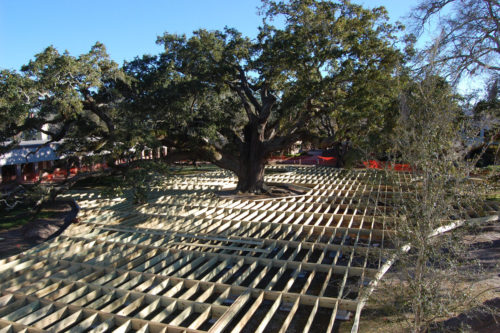 [Episcopal News Service] In the two months following the shooting death of 26 people, including 20 children, at a Connecticut elementary school, Episcopal schools have been examining and revising their security measures to keep students safe.

“In general, the reaction has been … a review of safety procedures,” said Ann Mellow, National Association of Episcopal Schools associate director. “In some cases, depending upon the school, they haven’t changed anything because they feel very confident that they are doing the best they can to reasonably react to situations, knowing you can’t be prepared for everything all the time.

“Other schools may have still had a relatively open campus and have added things. And I think certainly everybody’s got lockdown procedures,” Mellow said. “If they hadn’t already, they’ve added that to their many different kinds of drills that people do these days.”

At some schools previously touched by violence, security measures already were under discussion before the fatal shootings at Sandy Hook Elementary School in Newtown, Connecticut, on Dec. 14, 2012.

In Florida, a Spanish teacher fired earlier in the day killed Episcopal School of Jacksonville head Dale Regan and then himself on campus on March 6, 2012.

Following that shooting, said the Rev. Kate Moorehead, “the school has done a series of pretty serious security audits.”

The school is always upgrading and looking at its security measures, but that was true even before the tragedy, said Moorehead, dean of St. John’s Cathedral in Jacksonville, which started the school, and vice chair of the school board of trustees. “We do have guards around the school as we’ve always had.” The shooter sneaked in, not entering through the gate, she noted. “Some things are just hard to prevent.”

At St. John’s Parish Day School in Ellicott City, Maryland, the Newtown shootings prompted another round of review of security that already had been reassessed following a tragedy in that community seven months earlier.

The school and the church with which it shares a campus, St. John’s Episcopal Church, provided support after a shooter shot and killed administrative assistant Brenda Brewington and critically wounded the co-rector at nearby St. Peter’s Episcopal Church and then killed himself near the church on May 3, 2012. The Rev. Mary-Marguerite Kohn died two days later.

“That was just a devastating thing for the entire community. The staff of the church [at St. John’s] certainly felt vulnerable at that point,” said Steve Harrison, head of the day school. “It made us very mindful of security issues here on campus.”

While the church installed security cameras in some buildings response, the school administrative staff “did not feel the same trepidation, nor did they really feel that they wanted to have a camera installed at the entrance” to its building, Harrison said. “So we didn’t.”

After the Newtown tragedy, however, “everything changed.”

Several years ago, the school had looked into security cameras and decided “it was too much of an intrusion,” he said. “Parents kind of felt it was too much of a Big Brother approach, and they just didn’t want it. Since Sandy Hook, we’ve had numerous discussions all over the campus community to try and determine what people are feeling, how they’re perceiving our needs now. Much of that has just taken a complete 180.”

In the lower school, where doors open into classrooms, they are acquiring “jam bars” to secure the doors during a lockdown and are looking at coverings to use on the doors’ windows during those times. Doors to the early-childhood and lower-school wings with magnetic releases will remain locked, with manual releases on them, for lockdowns. And a new communications system is being installed, allowing for in-room announcements in a building that has had classroom phones but no interior public-address system.

“All of this will be in place by start of school in September, most of it before the end of this academic year,” Harrison said.

“The one piece that we did not and have not fully address yet is the outside entrance aspects of our building,” where the school has maintained an open campus with an unlocked door into the front lobby, he said. A security task force is evaluating the issue.

Harrison anticipates installation of a buzzer system with a receptionist controlling entry from the lobby, which probably will mean installing video and audio monitoring at the entrance and likely also at a secondary entrance used by the school’s summer camp. Next year’s budget includes about $35,000 for a receptionist, he said.

While he’d rather put that money toward hiring a learning support specialist, he said, “the necessity and the reality of life today is that this is an expectation the parents have … It’s not only on the minds of our current parents, but our perspective parents as well.”

Prospective parents at open houses have asked about security arrangements at the school, Harrison said. “It’s sad, really, that we’ve had to go to this extent, and yet at the same time I think it’s a commentary on our time. … If I didn’t do it, I think we would lose certainly perspective students.”

He noted, “Even though we’re an Episcopal school and have a sense of, I think, nurture and care that goes somewhat beyond what you might often find in some schools, there’s still no lack of trepidation amongst our parents about what will be going on here or potentially going on here, because it’s their kids, their pride and joy. They want to make sure that they’re safe regardless of how nurturing and caring the environment is. Safety trumps that.”

While Episcopal schools reviewed their security after the Newtown shootings, they also responded pastorally.

“There’s been a very, very strong pastoral response and the notion of really drawing upon the strength of our community and our core principles as Episcopal schools, to not simply have it all be about fear,” Mellow said. “It’s a blended response.”

Much of the schools’ focus “has been on pastoral care of families and children and faculty and sort of prayerful reflection,” she said. “What’s wonderful about Episcopal schools is that, because chapel and worship is a regular part of school life and schools have chaplains, schools have built-in ways for communities to come together and process, reflect, offer support and honestly be very prayerful about it.”

On its website, NAES provided prayers, liturgies and links to resources for helping families deal with the Newtown tragedy. On Feb. 7-9 in Tampa, Florida, a conference NAES annually cosponsors with the Center for Spiritual and Ethical Education, whose mission is “to provide leading resources, expert voices and an active forum for ethical growth and spiritual development in schools,” focused on “Helping School Communities in Times of Tragedy.”

The conference was planned a year ago, and it addressed both uncommon tragedies such as the Connecticut shootings as well as more common crises affecting school communities, such as the death of a student.

“I actually think it’s much more common that … in the course of a school’s history, it’s going to go through the child who dies of cancer, the suicide of someone that everybody knows,” Mellow said.

The keynote speakers included the Rev. Canon Malcolm Manson, head of Oregon Episcopal School in the 1980s when seven students and two faculty members died during an outing on Mount Hood, and the Rev. Hope “Hopie” Jernagan, chaplain at the Episcopal School of Jacksonville.

“When we heard news of the Sandy Hook shooting, our hearts broke for them,” Jernagan said via e-mail after the conference. “We gathered for prayer on our plaza, praying for each of the victims and the shooter by name.”

“Certainly what they went through was in many ways much more difficult because children were killed,” she added.

After the shooting last spring, the school immediately came together for prayer and community, Jernagan said. “In the days following the shooting, we cancelled all classes and activities but kept the campus open, knowing that students, parents, faculty and staff would want to be together. We also sought help from local clergy and counselors, who made themselves available on campus for pastoral care and counseling.

“One of the things that really blew me away is just how many Episcopal clergy flocked to our campus, without even being asked, simply to be with us. We had clergy come not only from local churches but from as far away as Tampa, Tallahassee and Palm Beach.

“Prayer was a very important part of our healing,” she said. “We prayed and continue to pray weekly for Dale Regan, her family and for [shooter] Shane Schumerth and his family.”

“Although campus continues to grieve and heal from last year’s tragedy, we started this school year on a hopeful note, vowing to live out Dale Regan’s legacy each day,” Jernagan said. “We look to our weekly chapel services as our main way to wrestle with the many lingering questions and emotions.”

The school faculty was “much more traumatized by the tragedy,” Moorehead said. “The students rebounded much more quickly, especially the younger children. The faculty, on the other hand, has been engaged in a deep grieving process that is really still going on and will be for a few more years.”

Regan had worked at the school for 34 years, she said. “I did know her well, and it was hard for me. I miss her. She was a friend.”

Similarly, the Rev. D. Scott Russell, Episcopal chaplain to Virginia Tech University, found himself pastoring people who responded differently and grieved at different rates after a gunman shot and killed 32 students and wounded 17 more people at the secular university on April 16, 2007.

“The student body has turned over almost twice now. We’re getting students who remember [the shootings] from when they were in middle school,” said Russell, campus minister and associate rector of Christ Episcopal Church in Blacksburg, Virginia. “For them, they know about it and we have a memorial service every year on the anniversary, but it’s really becoming part of the school history rather than a fresh reminder. But for some of us, it seems like yesterday.”

In the days and weeks following the shootings, he had to “let people be in different places,” he said. “That was quite a juggling act with my students. Some of them were ready to move on almost immediately. … Other students were just beginning to grieve.”

Although it’s been almost six years since the Virginia Tech shootings, the Connecticut tragedy rapidly triggered emotional memories of “sheer shock and horror and wondering how we move forward,” Russell said.

“For some of us who lost people we knew, it’s still pretty fresh,” he said.

The Connecticut news also stirred compassion and commiseration with the Newtown community as it tried to cope and grieve in the media spotlight, he said. When the media descended on Virginia Tech after the April 16, 2007, shootings, “One student said to me it felt like we were having a family funeral, but the press was in our living room.”

In Blacksburg, they talk about life before and after April 16. “It really was a defining moment in our community that changed us forever,” Russell said. “We’ll never go back to what it was like before. We’re different people.”

Likewise, the Sandy Hook community has entered what the Virginians call “the new normal.”

Adjusting to its own “new normal,” the Jacksonville school is building a memorial plaza to protect and preserve the roots system of the 100-year-old campus “Great Oak” that was a favorite of the slain school head.

After much prayer and contemplation, the school turned the office where Regan was killed into a chemistry lab, Moorehead said. “They decided it was important to reclaim the space, but for something different.”

“I think the community is not only growing and thriving, but we’re becoming something different because of what’s happened to us, which is much like the Resurrection,” she said. “When Christ came back, he was changed.”