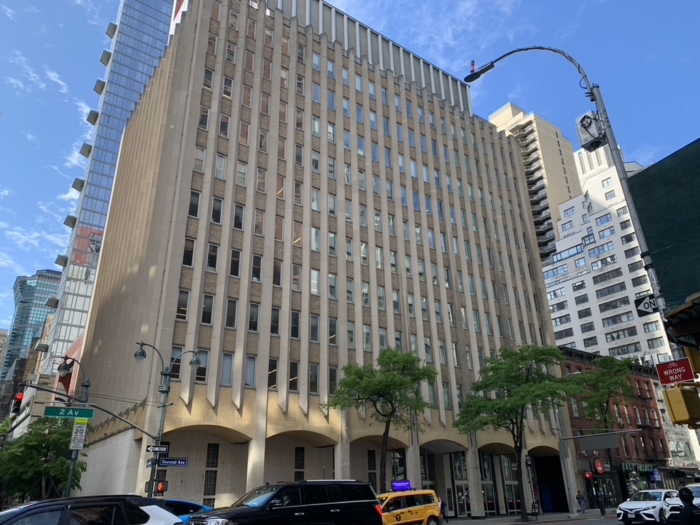 The current COO, the Rev. Geoffrey Smith, a deacon, plans to retire effective Jan. 1, 2023. Church canons specify that the presiding bishop and president of the House of Deputies present a nominee to Executive Council, which then votes on whether to make the appointment.

Presiding Bishop Michael Curry and House of Deputies President Julia Ayala Harris’ nominee for the position was not named during the public portion of the meeting. As it typically does when discussing staffing matters, council went into executive session to discuss the nominee, during which the public livestream was turned off. The public portion was devoted to discussing the search process.

The COO oversees the offices of Communication, Information Technology and Human Resources in the New York-based Domestic and Foreign Missionary Society, the church’s corporate entity and denominational headquarters. (Episcopal News Service is part of the Office of Communication.) The COO also manages the church’s real estate, including its Manhattan headquarters, and ensures that initiatives mandated by General Convention and Executive Council are staffed and resourced. The COO’s salary is listed as $241,985 in the 2022 budget.

The search for the next COO began “quietly” in the summer before Smith publicly announced his retirement in September, said George Conway of Independent Educational Services, the consultant who managed the search process.

Conway also oversaw the search that led to Smith’s appointment in 2016. That search process involved a seven-member nominating committee made up of a bishop, priests and laypeople.

However, the current search did not involve a nominating committee. Instead, Conway worked directly with Curry and Ayala Harris.

Council member Annette Buchanan, former president of the Union of Black Episcopalians, asked why a nominating committee was not appointed.

“I think it [was because] the ability to get together and vet candidates and so forth was a bit more limited because of Zoom,” Conway answered. “But because we had been recently – within the last six years – through this process, and the position description had been vetted and edited several times, the focus of the search was very easy to engage, but there was no committee established.”

“I think that’s a problem with the process that I really do have,” Buchanan responded. “I think it should have been inclusive of a number of us from all different orders and all different walks of life.”

Conway said the position was advertised within the church and on LinkedIn in mid-September. In the initial pool of 25 candidates, 10 had applied for the position themselves; the rest were engaged by Conway and his firm. After vetting those candidates for qualifications and experience, Conway presented nine candidates to Curry and Ayala Harris. Of that group, two were women and two were people of color, Conway said. After two more rounds of interviews and reference checks, the group was whittled down to five and then to three finalists. Curry and Ayala Harris selected the nominee on Nov. 28.

Several council members expressed concern that Conway and his firm may not have been proactive enough in seeking out nonwhite candidates and candidates from outside The Episcopal Church.

“My vision of a COO is that … [they] have the requisite experience in the larger world which we can draw from so that we can be a model for the church in the future,” Buchanan said. “So for the decision to be made that this is only an Episcopal position, I think is — at this point — shortsighted.”

Conway replied that it was “a very active search because it’s an unusual position,” and many potential candidates he approached were not interested. Although the position requires membership in good standing in The Episcopal Church, according to the job listing submitted to ENS, Conway said he extended the search beyond the church to include more candidates with business leadership experience.

“There was a high priority set on diversity and making sure there were lots of voices,” Conway said. “We started with the criteria of some affiliation with the church – even just membership – but we branched out … We looked at professors, we looked at Roman Catholic priests, we looked at attorneys, we looked at CFOs. It was a very active search.”

Sandra Montes and the Rev. Devon Anderson asked Conway to specify the racial identities of the candidates in the final two rounds of the process. Conway replied that while he didn’t have the data in front of him, one Hispanic candidate and one Black candidate “rose very, very close to the finalist position.”

Anderson pushed Conway again on the specifics of the candidates’ races, asking him whether he remembered the racial breakdowns of the final two rounds of candidates. Conway said that the group of nine — which included two women and two people of color — “moved forward because of the quality of their credentials” but did not specify the races or genders of the finalists.

Anderson said that knowing the races of the finalists was important in light of the racial justice audit report released last year, which revealed reported gaps in how white people and people of color are treated in the church.

“In a high-profile job like this, I think it’s important to have that transparency, particularly regarding the work that we did last triennium that was so important and committed us to that kind of rigor and intentionality,” Anderson said.

After spending about an hour in executive session, Curry reopened the public livestream and announced that the vote on the nomination would be postponed to an unspecified date. No reason was given for the postponement. A full COO job search profile was not available at the time of publication.