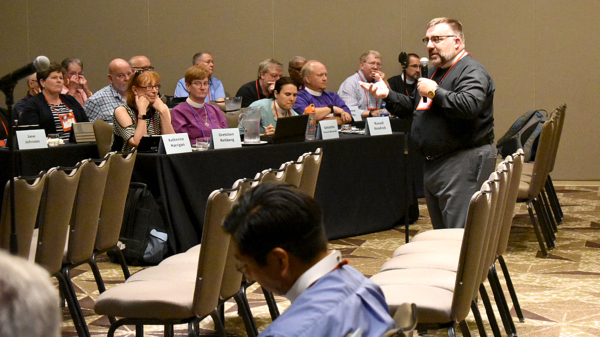 [Episcopal News Service – Austin, Texas] An evening hearing July 5 on church planting, while primarily centered around a General Convention resolution with a multimillion-dollar price tag, addressed financials only in passing while generating more discussion on aspirations for evangelism and the future of the church.

Church planters and ministry developers offered examples from their experiences, and church leaders pressed them for more details on how the Episcopal Church can support such efforts.

“I come to you a living witness of the direct effect of investment in a parish,” the Rev. Kevin Johnson, a deputy from the Diocese of Fort Worth, said at the joint hearing of the Evangelism and Church Planting Committee and the Congregational and Diocesan Vitality Committee.

Johnson, though not a recipient of a church planting grant, was able to start a new church with an Episcopal Church grant. His congregation, St. Alban’s Episcopal Church in Arlington, Texas, was forced to start anew in a theater after a doctrinal split in the diocese led to a legal dispute over possession of the church building.

In the process, Johnson said, St. Alban’s has found a “new way to be church,” and the quest to find those new ways is at the heart of the Episcopal Church’s increased investment in church plants in recent years.

General Convention approved $1.8 million for church plants and Mission Enterprise Zones in the 2013-2015 triennium, and $3.4 million was allocated for such ministries from 2016 to 2018. The evangelism committee has been assigned Resolution A005 that would approve $6.8 million in spending over the next three years to build on recent successes of these “holy experiments.”

The church vitality committee joined the hearing because Resolution A032, which was assigned to it, calls for $3 million in spending on church redevelopment, which overlaps with the work of church planting. By the end of the joint hearing at the JW Marriott, the two committees agreed to move that resolution to the evangelism committee’s plate as well.

Rhode Island Bishop Nicholas Knisely, co-chair of the evangelism committee, took the lead in pressing for answers to the question, “What could we do to be more effective?”

Johnson recommended coaching on church development and marketing support. Charis Hill, a deputy from Northern California who spoke from her wheelchair, said she would like to see the church develop more ministries focused on outreach to people with disabilities.

The Rev. Ramelle McCall, a member of the evangelism committee and a deputy from Maryland, suggested churches and dioceses should be looking outward and asking what they can do be a positive presence in the community, from dealing with the opioid epidemic to feeding the hungry.

“It is exhausting work, but it is good work,” said McCall, who is urban missioner for the Diocese of Maryland. One example he cited was a partnership in Maryland between Evangelical Lutherans, Presbyterians and Episcopalians on a joint ministry called the Slate Project, which is “really working this new kind of community in our cathedral.” He spoke in favor of the church planting resolution and the resources it can provide for new, innovative initiatives like those he is working to support in his diocese. 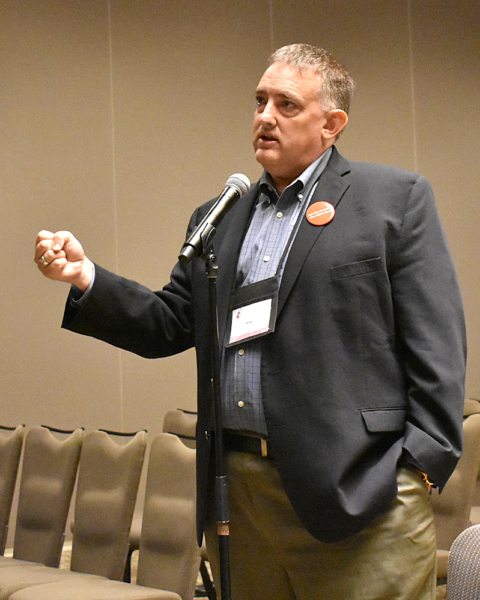 The chairs also asked the Rev. Michael Michie to add his perspective to the discussion. Michie is the Episcopal Church staff officer for church planting infrastructure and works closely with recipients of church planning and Mission Enterprise Zone grants to ensure they are getting the backing they need. Most of these ministries would not be possible without the financial support they receive from the church, he said, and they don’t succeed overnight.

“This is Crock-Pot work, not microwave work,” Michie told the committees. “To expect these seeds to take root, sprout and bear fruit perfectly within triennial cycles is a little unrealistic, and I think the central challenge for the Episcopal churches when it comes to starting new ministries … it’s a leadership development question.”

At the same time, Michie said, the lessons learned by church planters can be applied to existing congregations everywhere that are looking for new ways to be church in their communities.

“I think any congregation can think like a church planter,” he said. “Revitalization can happen anywhere.”

The committees also took comments on Resolution A006, which calls for the collection of demographic info about the church leaders behind new evangelism ministries, so that data can be compared with info on the communities they are trying to serve.

There was general support for the goal of encouraging congregations to think more about representation, though committee members expressed ambivalence about the approach. Could it somehow be used to penalize congregations with low representation scores? Would a homogenous vestry overshadow the greater diversity in a congregation’s ministry leaders?

Indianapolis Bishop Jennifer Baskerville-Burrows also suggested the Episcopal Church didn’t need a new analysis tool to learn many of its congregations were out of sync with their communities, and she questioned whether collecting this info would have any effect.

“If we want our congregations to reflect our communities’ demographics, there’s a lot of work to do,” she said.