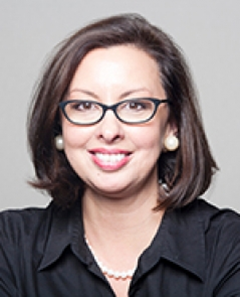 Cowart brings a wealth of experience in theological education and leadership development along with strong working relationships with Episcopal leaders and major foundations investing in formation. With her close understanding of SIM’s ministry, she expresses her enthusiasm for this new position and challenge.

“In its 160th year, the board’s vision for the Society for the Increase of the Ministry never mattered more: To build a diverse army of outstanding faith leaders with a strong public witness for the Episcopal branch of the Jesus Movement, and to lead a turnaround in funding theological education through significantly expanding scholarships for those consecrating their lives to God’s loving, liberating, life-giving presence in the world,” she said.

Part of Cowart’s work at SIM will be focused on long-range and strategic planning; she envisions developing a funding mechanism that equips all Christians to receive the training and formation to live out a baptismal call to ministry.

Cowart comes to SIM from the School of Theology of the University of the South, Sewanee, Tennessee, where she has served as the director of the Beecken Center and associate dean.  At the Beecken Center she developed educational resources and networks for delivering resources for vocational discernment, leadership formation, and church renewal.

Her career in the Episcopal Church has been devoted to a vision of the church passionately engaged in the transformation of lives and society. Her thesis as a doctoral student at General Theological Seminary documented the ways nineteenth-century New Yorkers through voluntary societies sought to heal the spiritual and social wounds of their day. Later as a theological educator at GTS, she helped manage the ministry of St. Paul’s Chapel at Ground Zero. Her impact at Ground Zero led to a five-year deployment in New Orleans in the aftermath of Hurricane Katrina to steward the largest domestic grant ever made by Episcopal Relief & Development. After the completion of her work in New Orleans, Cowart was hired by the Fund for Theological Education to create new curricula for theological education programs and deliver them to the church on a national scale.

In this opportunity to lead SIM, the only organization raising funds on a national basis for support available to all Episcopal seminarians, Cowart sees potential for developing a funding mechanism that equips the baptized to receive the training and formation that can mobilize large numbers to live out their calls to ministry.

The Society for the Increase of the Ministry invests in theological education of Episcopal seminarians and in their formation as leaders to increase the ministry of the Episcopal Church.  Since its founding in Hartford, Connecticut, in 1857, SIM has supported over 5000 seminarians with over $6 million in scholarships.  In the current academic year, SIM is providing support to 48 students attending nine seminaries.

About his successor, Moore said: “Of SIM’s accomplishments of which I am most proud, attracting Courtney Cowart as my successor is at the top. We will be in the good hands of a proven leader.”