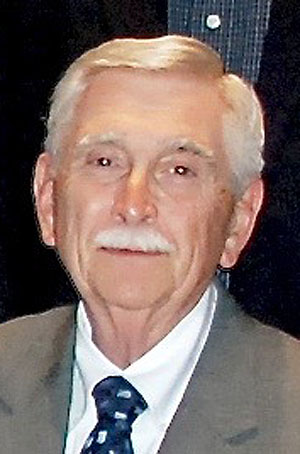 “I am thankful for the confidence my fellow Brothers bestowed on me,” he said. “It is most humbling. We will be traveling this road together.”

Butcher is a longtime Brother, former Kentucky diocesan coordinator and a national officer. He retired from the U.S. Air Force with 32 years of service as a Lieutenant Colonel in 2002. He also spent 28 years in the securities business as a Registered Representative, retiring from UBS Financial Services in 2012.

Due to his efforts while serving as vice president of field operations, the Brotherhood now has its largest leadership team in more than a decade.

Prior to strengthening the Brotherhood’s leadership team in the field, he served as the public relations and communications vice president. This committee was responsible for developing a 2012 Benchmarking Survey that requested feedback from the entire Brothers Andrew membership rolls on the direction the Brotherhood should take going forward. These comments were taken seriously with most items being implemented or changed during a three-year period.