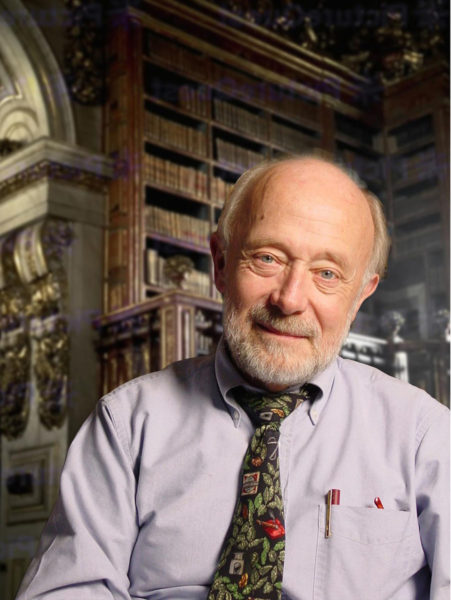 Editor’s note: This story was updated at 10:15 a.m. EST Jan. 23 to include information about a memorial service and additional details.

[Episcopal News Service] Marcus J. Borg, a New Testament scholar, theologian and author who was associated for years with the search for the historical Jesus and who sought to put the New Testament in what he believed was its proper context, died Jan. 21.

Borg, 72, had been suffering from Idiopathic Pulmonary Fibrosis, according to an announcement from at Trinity Episcopal Cathedral in Portland, Oregon, where he had been a member for years.

He died peacefully and without pain at his home in Powell Butte, Oregon, at 7:05 a.m. PST, the Rev. Nathan LeRud, acting cathedral dean, said in the announcement.

The Rev. Marianne Borg said “Marcus rose before the sun,” according to the announcement.

There will be a memorial service honoring Borg’s life at the cathedral on March 22. Presiding Bishop Katharine Jefferts Schori will officiate.

“Marcus Borg was a gifted teacher and profoundly significant voice of reasoned faith for many, both in and outside the church,” Jefferts Schori said via e-mail from the Holy Land where she is leading an interfaith pilgrimage. “His teaching and writing led countless numbers of people into deeper and more authentic relationship with the Holy One. His gifts of insight, profound faith, and the ability to show others a path will be greatly missed.”

“Marcus also modeled for the world and the church what it is like to build collegial relationships with people who hold deep and differing convictions, and to discover greater truth and friendship in the midst of that kind of dialogue,” she continued. “I had the great privilege to know him as a teacher and a colleague over more than 30 years, and I will miss him deeply. May he rest in peace and edify the angels. Pray for Marianne and his children and give thanks for a life well lived in the search for truth.”

Borg, 72,  was a leader in the Jesus Seminar, which worked to construct the life of Jesus through historical critical methods that looked at ancient texts such as the Bible to discern the world they described. The seminar’s fellows voted on the relative authenticity of about 500 statements and events concerning Jesus.

The seminar portrayed Jesus as a Jewish wise man and faith healer who traveled the countryside, dining with and healing people whom Jewish dogma and social norms treated as outsiders. This Jesus was seen as a prophet who preached about the possibility of liberation from injustice.

Not all theologians and religious scholars agree with the seminar’s approach and findings. Yet others passionately agreed and many Christians credit Borg and others such scholars with reviving their faith.

“Very many people who had left the Christian faith have returned to it through Marcus’ evangelism (though he would grimace at my use of the word, I suspect),” the Very Rev. Barkley Thompson, dean and rector of Christ Church Cathedral in Houston, wrote in his blog after learning of Borg’s death. “Marcus was a Christian, a follower of Jesus Christ in word and in deed.  He understood Jesus (and especially the Resurrection) differently than I do.  But the veracity of his faith was clear.  And calm.  And passionate.” 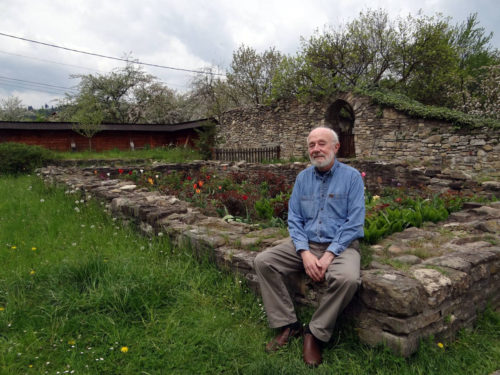 “Imagine that Christianity is about loving God. Imagine that it’s not about the self and its concerns,” Borg suggested in his last book. Photo: Marcus Borg/Facebook

Borg had been national chair of the Historical Jesus Section of the Society of Biblical Literature and co-chair of its International New Testament Program Committee and president of the Anglican Association of Biblical Scholars.

Borg was installed May 31, 2009, as canon theologian at Trinity Episcopal Cathedral in Portland, where he had taught frequently and where the Rev. Marianne Borg was on staff at the time. Since their retirement, the Borgs have attended Trinity Episcopal Church in Bend, Oregon.

“Adult theological re-education at the congregational level is an urgent need within American churches today,” Borg said at the time. “It is essential to Christian formation. And from my own experience and from a number of studies, I know that it has been a source of re-vitalization in hundreds of congregations around the country.”

As a lecturer and author, Borg traveled as much as 100,000 miles a year. He was the Hundere Chair of Religion and Culture at Oregon State University where he taught for 28 years until his retirement in 2007. He was the author of 21 books, including Jesus: A New Vision (1987) and the best-seller Meeting Jesus Again for the First Time (1994); The God We Never Knew (1997); The Meaning of Jesus: Two Visions (1999); Reading the Bible Again for the First Time (2001), and The Heart of Christianity (2003), both best-sellers.

His latest books are Convictions: How I Learned What Matters Most (2014) Speaking Christian (2011); Putting Away Childish Things (a novel – 2010); Jesus: Uncovering the Life, Teachings and Relevance of a Religious Revolutionary (a New York Times Best-Seller – 2006); Conversations with Scripture: Mark (2009); and three books co-authored with John Dominic Crossan, The Last Week (2006), The First Christmas (2007), and The First Paul (2009). He is the co-author with N. T. Wright of The Meaning of Jesus: Two Visions.

In Convictions, a book that he said grew out of a sermon he preached at Trinity Cathedral on his 70th birthday, Borg wrote that there was “nothing remarkable about my life, nothing heroic.” And he said that while it was hard for him to turn 60 because that milestone felt “like the end of potential and the beginning of inevitable and inexorable decline,” turning 70 in 2012 felt “interestingly empowering.”

Borg said that from this vantage point he was exploring what it meant to be Christian and American, having been shaped by those two memberships, and more especially “to be Christian and to live in the richest and most powerful country in the world, often called the ‘American Empire.’”

He called God “real and a mystery,” in Convictions and asked his readers to “Imagine that Christianity is about loving God. Imagine that it’s not about the self and its concerns, about ‘what’s in it for me,’ whether that be a blessed afterlife or prosperity in this life.”

More information about Borg can be found on his website.