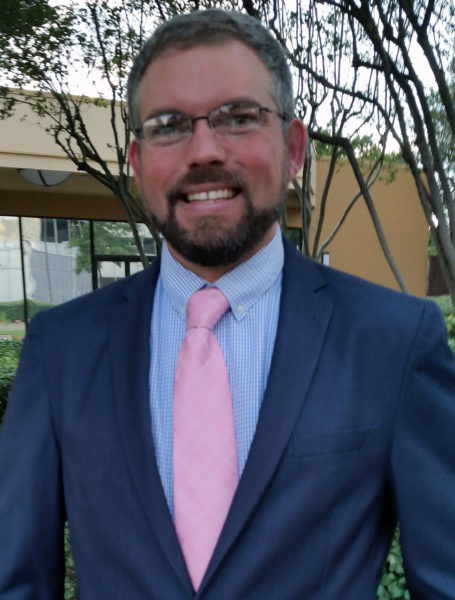 [Integrity USA press release] Integrity USA is pleased to announce the special election of Matt Haines as President of the Board of Directors.

Haines will guide Integrity as it celebrates its 40th anniversary year, leading into the 78th General Convention of the Episcopal Church to be held in Salt Lake City, Utah June 25-July 3, 2015. Prior to this position, he held the title of Vice President of Local Affairs for Integrity USA.

For the first time in several years, Integrity has elected a non-ordained individual to lead the board. His service to Integrity and the LGBTQ community has been extensive: he has also served as the Provincial Coordinator for Province VIII, Portland Diocesan Organizer, Lead Facilitator and Ex-Officio Board member of Rainbow Youth of Salem Oregon, and much work at the diocesan and parish level.

The election featured Haines and the Rev. Dr. Elizabeth Kaeton, both of whom recognized the desire to celebrate Integrity’s successes of that past 40 years with the needs and mission of the coming 40 years. Haines specifically spoke of renewal and the inclusion of all members of the LGBTQ community, in addition to the issues of marriage equality, and the involvement at all levels of the Episcopal Church.

Haines will serve out a vacancy created by the departure of Rev Dr. Caro Hall, and will retain his position through October 1, 2015. He has released a statement “Renewal in Grace and Communion” at the “Walking With Integrity” blog. You may find it at this link.

Integrity is a member-supported nonprofit organization of lesbian, gay, bisexual, and transgender [LGBT] Episcopalians and straight friends. Since its founding by Dr. Louie Crew in 1974, Integrity has been the leading grassroots voice for the full inclusion of LGBT persons in the Episcopal Church and equal access to its rites. Integrity activities include advocacy, worship, fellowship, education, communication, outreach, and service to the church. Through Integrity’s evangelism, thousands of LGBT people, estranged from the Episcopal Church and other denominations, have returned to parish life.