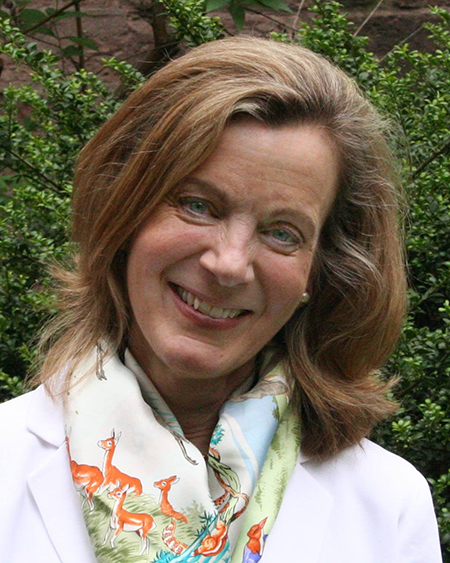 Cynthia had a profound fear of airplanes and took a year off during college to work as a stewardess for Eastern Airlines to conquer that fear. That was the way she did things: fighting head-on against all obstacles. She found employment in the field of graphic design and communications, working at Cornell University and then starting her own successful communications business, which specialized in publicity for colleges and universities.

Cynthia felt drawn to New Jersey; she closed her business and moved to Burlington to become communications director, historiographer and archivist for the Episcopal Diocese of New Jersey. She loved church history. She published a definitive biography of one of the earliest clergymen in America, and was halfway through writing a biography of the second bishop of New Jersey.

Cynthia was a founding director of the Society of Archbishop Justus and was until her death the managing editor of Anglicans Online.

One of her doctors remarked: “Cynthia moved through life with astounding grace and light. Her passing leaves a huge hole in the lives of so many people.” One of her associates noted that “Everyone who meets Cynthia falls in love with her.”

In lieu of flowers, any donations on Cynthia’s behalf should be made to Doane Academy, 350 Riverbank, Burlington NJ 08016, of which she was a trustee and fervent advocate.

Viewing will be 6-8 p.m. Friday, Feb. 21, at Page Funeral Home, 302 East Union St., Burlington. A Choral Requiem Mass will be celebrated 11:30 a.m. Saturday, Feb. 22, at St. Mark’s Episcopal Church, 1625 Locust St, Philadelphia. A graveside service of committal will be later that day at 3 p.m. at St. Mary’s Episcopal Church, 145 West Broad St., Burlington, where she will be interred alongside her late husband.