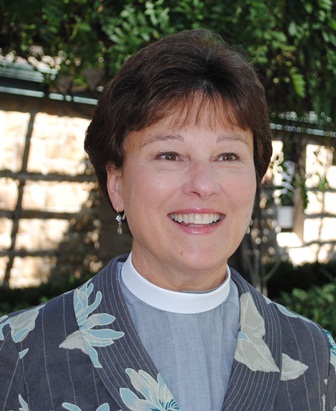 Greenwell will be coming to Cincinnati from Saint Michael and All Angels Episcopal Church in Mission, Kansas (a suburb of Kansas City), where she has served as rector for the past five years. Previously she served the Church of the Epiphany in San Carolos, California, and St. Stephen’s Episcopal Church in Belvedere, California. She also served as the interim director of Christian Formation at Christ Church in Lake Oswego, Oregon.

Her other experience includes authorship of a curriculum in preparation for baptism, and establishing a spirituality and arts camp for low-income and inner city children. She also serves as one of twelve members of The Task Force on the Study of Marriage, which is expected to give a report to the General Convention of the Episcopal Church in 2015.

Greenwell earned her Master of Divinity degree at the Church Divinity School of the Pacific. She also holds a bachelor degree in history and education from the University of Oregon.

She cites being a meaningful part of people’s lives as the most gratifying part of her ministry.

“It’s satisfying to form so many deep Christian friendships,” she says. “Then there are the sacramental moments. To sing for the dying. To hold an infant over the baptismal font. To place the Bread of Life in someone’s hands. These are satisfying beyond words.”

Greenwell is known to work with clergy, staff and members as trusted partners.

“Her approach fits in with the ‘shared responsibility’ model under which the cathedral has been operating in recent months,” says Chuck Harris, the cathedral’s senior warden.

“I am known as a leader who identifies ministry gifts and empowers others to lead and serve,” she says.

The 2008 recipient of the Pastoral Leadership Award from the Louisville Institute, Greenwell says she is honored to have been called to serve at Christ Church Cathedral. She will be officially installed next year.

Greenwell and her husband, Jim, have two grown daughters – Megan, 29, is a journalist for ESPN in Connecticut; Emily, 26, works in pharmaceutical publishing in Boston.