The Anglican Centre in Qatar.

[Episcopal News Service] Christianity in Qatar was once an underground religion, but today it thrives, thanks in part to people like the Rev. Bill Schwartz, an Anglican priest and an Episcopal Church missionary.

The Christian community in the Islamic Middle Eastern state celebrated a pivotal moment Sept. 21 with the official opening of the Anglican Centre, in a complex known locally as Church City, in the country’s capital Doha.

At the heart of the center is the Church of the Epiphany, which was consecrated one week later on Sept. 28. 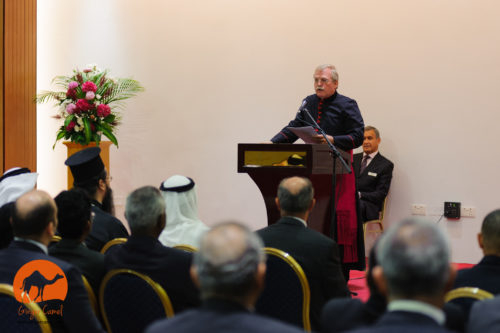 The Rev. Bill Schwartz, an Anglican priest and an Episcopal Church missionary based in Qatar, delivers an address at the opening ceremony of the Anglican Centre in Qatar. Photo: Ginger Camel

“We are all overjoyed to finally celebrate the consecration of our new church after five years of very hard work by many people,” said Schwartz, Epiphany’s rector, who has overseen the development of the Anglican Centre since before construction began in August 2008.

Managed by the Anglican Diocese of Cyprus and the Gulf, the center today is used by about 60 Evangelical, Pentecostal and Protestant congregations. At full capacity it can accommodate up to 15,000 worshipers on Fridays alone, and many more during the weekdays.

“Parking is a challenge to say the least,” Schwartz said during the center’s opening ceremony. But, he added, “the level of cooperation we are experiencing in the shared facility is very encouraging indeed … We are learning together as the broad spectrum of expatriate nationalities and Christian traditions to honor each other’s diversity.” 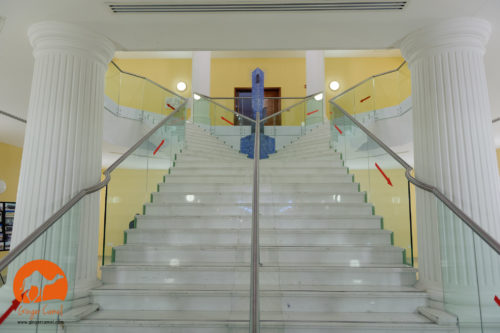 “It was a challenge to build a church in a country with no history of church buildings, but everyone involved in the project gave the extra effort to ensure that the end result is an edifice that speaks of God’s glory and grace,” Schwartz told ENS following Epiphany’s Sept. 28 consecration ceremony. 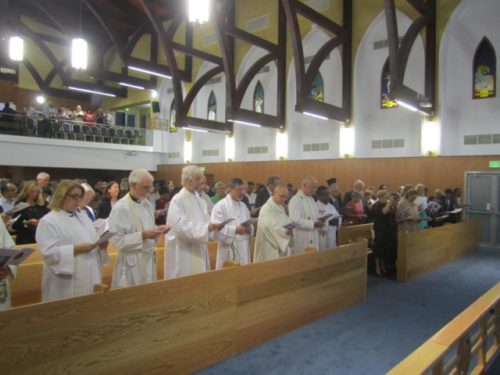 “I am pleased to speak on behalf of all those people and say that we give thanks to God for the way he has guided us through this process and we trust that the people who worship in the church 50 years from now will still see it as a place of blessing for many, many people for many, many years yet to come.”

Also participating in the consecration ceremony were Bishop Michael Lewis of Cyprus and the Gulf and his predecessor Bishop Clive Handford, who was president bishop of the Province of Jerusalem and the Middle East when the land for the Anglican Centre was donated in 2005.

Speaking on behalf of his congregation at Epiphany, Schwartz said, “We have been blessed for many years with generosity and cooperation regarding places to gather for worship, but after 15 years of worshiping in school gymnasiums it feels wonderful to have a cross above me rather than a basketball hoop.” 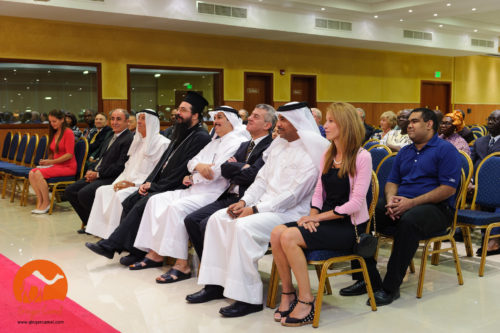 Many esteemed guests and Qatari dignitaries were among the several hundred who attended the Anglican Centre’s Sept. 21 opening ceremony.

Schwartz thanked Qatari leaders “for the continued welcome of Christians who have come to work here and build the economy of this country” and for the people of Qatar “who generously accept the principle that the large expatriate workforce in their country should be encouraged to follow their own religious heritage and traditions. We could not have completed this building project without kind assistance and cooperation of Qatari citizens in all walks of life…”

The leaders are widely supported for using Qatar’s national wealth for the good of the country’s people – for developing infrastructure, healthcare and education.

Qatar is ranked as the richest country in the world per capita, yet the vast majority of the Christians living in the country come from developing countries and work for low wages in the construction or service industry. Schwartz interacts with the government on their behalf.

Schwartz is widely respected for his ministry in Qatar and for his 40 years of service in the Middle East as a whole. It’s a ministry for which in 2007 he was named an Officer of the Order of the British Empire, an award bestowed on individuals by the British sovereign. 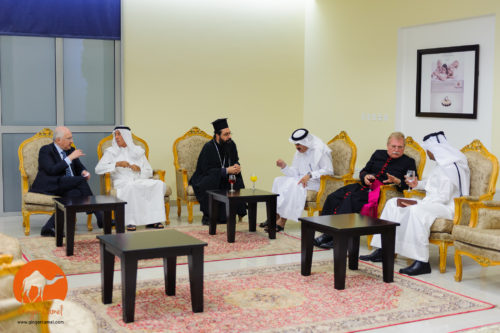 Following the Anglican Centre’s success, Schwartz said that church leaders in other parts of the world are interested in using it as a model for “other urban centers where it is impractical for multi-ethnic Christian communities to afford separate buildings for worship.” A cooperative project like this, Schwartz added, meets the needs of many people.

“What we’re establishing, not only in the building but in our presence here, in our relationships, and in the image of Christianity that the local people have – is what will be the foundation for the relationships of Christians and Muslims in this country for the next 50 or 60 years,” Schwartz told ENS in 2011, when the center was just one third complete. “It’s a great privilege, it’s a great responsibility, but certainly we’re seeing God’s blessing and we’re all rejoicing.”