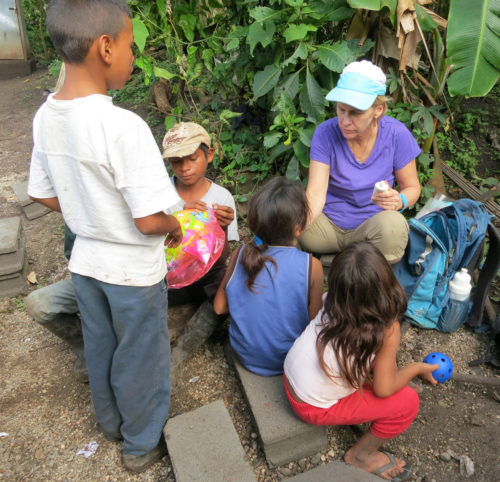 [St. John’s Episcopal Church] For the eighth consecutive year, members of St. John’s Episcopal Church in Larchmont, New York, partnered with Bridges to Community, a non-profit community development organization based in Ossining, journeying to Nicaragua to undertake a building and cultural exchange trip at the end of June. This year, the group was joined by seven members of the First Presbyterian Church in Goshen, New York.

The 18-person group traveled to the remote Department of Jinotega, 105 miles north of Managua and one of the poorest regions in Nicaragua. Nearly 60 percent of Jinotega’s residents live in extreme poverty, and for most people, a safe and solid home is only a dream. Homes are usually cobbled together with scrap materials. They are generally overcrowded, lack running water and appropriate sanitation facilities, have dirt floors and barely keep the rain out. The group constructed two cinder-block houses in the rural farming community of El Sasle (population 1,175), located in indigenous territory of Jinotega, where the average education is 4th grade.

A highlight of the week was a meeting with Jose Luis Gonzalez, the leader of the indigenous people in the region, who shared the history and stories of his people. 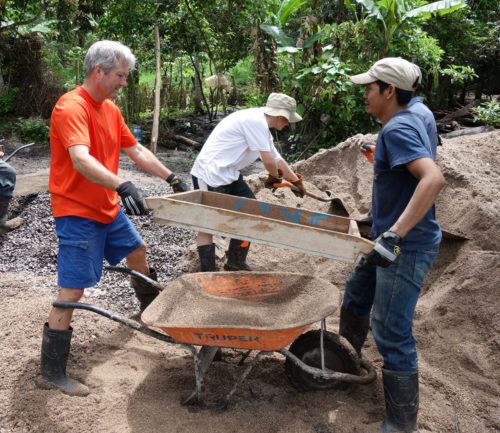 Working tirelessly alongside local masons and community members, the team – composed of nine adults and nine teenagers – built the two houses in just four days, without the assistance of any machinery. Human strength and shovels were the main tools used: they dug and leveled the ground for the floor using just shovels; hauled countless pounds of sand, rocks and water for the cement, which they mixed by hand; and formed block and bucket “brigades” to move the heavy cinder blocks and wet cement from the mixing site to the construction site. The new cinder-block homes have tin roofs, tile floors and locking doors and windows, providing a hurricane and earthquake resistant secure home.

Two multi-generational families were the proud, appreciative, beneficiaries of the two houses. Despite the exhausting work and the very basic living conditions, the volunteers were elated and felt that they benefited just as much as the recipients of the homes. And, that’s why so many of them keep returning.

Simon Cantwell, four-time trip participant who will be a freshman at Boston University in the fall, said: “Every year I go into the trip thinking that it will likely be my last. However, I seem to leave Nicaragua with my mind changed. The first few times I think I went entirely because I enjoyed the idea of giving to others who weren’t as lucky as I, but now after four trips I realize I go back mostly because I love seeing such pure joy in a place that is so poor.” 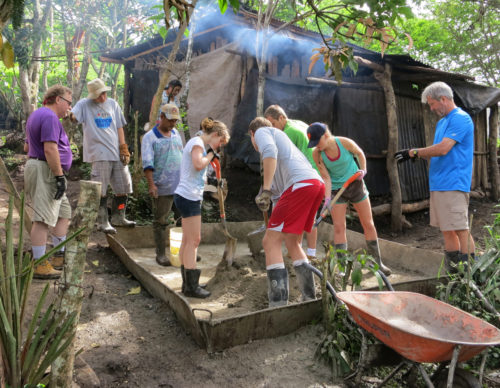 — Linnet Tse is a member of St. John’s Church in Larchmont, New York. This was her third trip to Nicaragua.