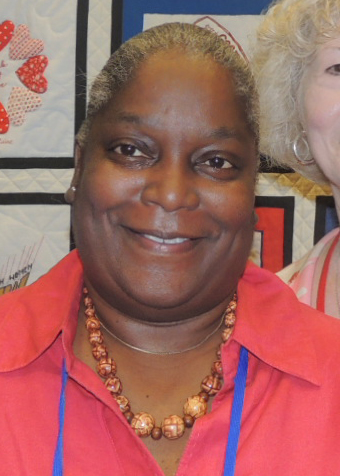 [United Thank Offering] It is with sorrow that the United Thank Offering Board announces the passing of Sarita Jana Redd, president of the Board from May 2009 to the present, on Jan. 26. Sarita served on the UTO Committee beginning in 2008 and helped the transition from Committee to Board.

Sarita was a resident of Oklahoma City, Oklahoma, where she practiced employee benefits law and was a human relations consultant.  She became an Episcopalian early in the 21st century, quickly becoming active in many aspects of the church.  She was a lay Eucharistic minister, a vestry member, senior warden (without a rector), and president of her parish Episcopal Church Women.  She was both a UTO coordinator for her parish and her diocese, and served as Province VII representative on the UTO Board before becoming representative for Latin America.  Sarita served on the INCO55 Special Task Force-Ad Hoc Committee. At the 2012 triennial meeting of the Women of the Church, Sarita was honored as The Distinguished Woman from the Diocese of Oklahoma.

Sarita was an active member of St. Paul’s Cathedral, Oklahoma City.  She served in volunteer capacities under both Bishop Bob Moody, now retired, and current Bishop Edward Konieczny.  She was dedicated to the work of the women of the church, especially to the importance of the United Thank Offering.