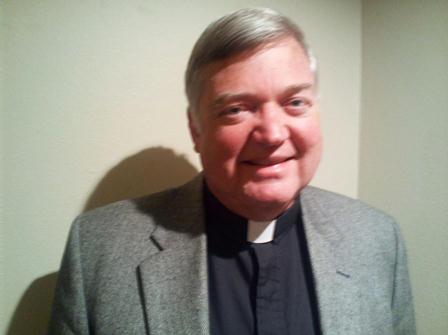 [Episcopal News Service] The Rev. William Jay Lambert was elected Nov. 10 as bishop of the Episcopal Diocese of Eau Claire, pending the required consents from a majority of bishops with jurisdiction and Standing Committees of the Episcopal Church.

The election was held during the diocese’s 84th annual convention at Avalon Hotel and Conference Center in Chippewa Falls, Wisconsin.

Pending a successful consent process, Lambert will succeed the Rt. Rev. Keith Whitmore, who resigned as Eau Claire’s bishop in 2008 to become assistant bishop of the Episcopal Diocese of Atlanta. The diocese has been led since September 2010 by Bishop Provisional Edwin Leidel, Jr, former bishop of Eastern Michigan. Eau Claire’s Standing Committee served as the ecclesiastical authority during the period the diocese was without a bishop.

Under the canons (III.11.4) of the Episcopal Church, a majority of bishops exercising jurisdiction and diocesan Standing Committees must consent to the bishop-elect’s ordination as bishop within 120 days of receiving notice of the election.

As a priest, Lambert has served congregations in Wisconsin and Florida. He also has served on active duty in the U.S. Navy and as a U.S. Navy Reserve Chaplain.

The episcopal ordination is due to take place March 16, 2013, at Christ Church Cathedral in Eau Claire with Presiding Bishop Katharine Jefferts Schori serving as chief consecrator.

The other nominees in the election were:

Information about all the nominees is available at the Diocese of Eau Claire’s website here.

The Diocese of Eau Claire is composed of 2200 members worshiping in 22 congregations throughout Northwestern Wisconsin.