[Episcopal News Service] The House of Deputies on July 10 elected seven lay and two clergy members to serve on the Episcopal Church’s Executive Council. The bishops on July 11 concurred with the deputies’ elections.

Lay members elected for six-year terms are Joseph S. Ferrell of North Carolina, Anita P. George of Mississippi, Fredrica Harris Thompsett of Massachusetts, Karen Ann Longenecker of the Rio Grande, Nancy Wonderlich Koonce of Idaho, and John Johnson of Washington, D.C. One lay member, Elizabeth L. Anderson of Connecticut, was elected for three years to complete the term of a member who resigned.

Earlier in the week, the House of Bishops elected David Bailey of Navajoland and Clifton Daniel of East Carolina to serve as the episcopal members of Executive Council.

General Convention does not elect provincial representatives to Executive Council.

Executive Council members carry out the program and policies adopted by the General Convention and have charge of the coordination, development, and implementation of the ministry and mission of the church. The Executive Council is required to manage the budget for the church, submit a budget to General Convention for the next triennium, and make annual reports to the church of receipts and disbursements and a statement of all trust funds and properties. It also serves as the board of directors of the Domestic and Foreign Missionary Society, the Episcopal Church’s corporate entity.

Members may be appointed as liaison persons to the church’s interim bodies – the commissions, committees, agencies and boards. Bishops are appointed to those bodies by the presiding bishop, and clergy and lay members are appointed by the president of the House of Deputies. The Executive Council usually meets three times a year.

Candidates offered brief biographies in the General Convention Blue Book report as part of their nominations for election to Executive Council. Those biographies follow. 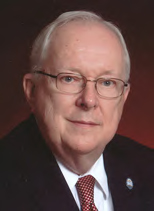 “My field of expertise is local government law, state and local taxation, state constitutional law, and legislation,” Ferrell writes. “I have extensive experience in modernizing and codifying legislation establishing the organizational structure and fiscal regulation of state and local governments, and in structuring the organization and financing of the Diocese of North Carolina.”

For the past 15 years, Ferrell has focused on faculty governance in one of the nation’s leading public research universities and has served as secretary of the North Carolina diocesan convention since 2003, and elected deputy to General Convention four times. 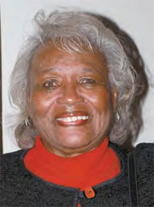 Anita P. George is a member of Church of the Resurrection in Starkville, Diocese of Mississippi.

“My strongest competence is that of a communicator. Using that attribute I am able to engage in dialogue with individuals and groups across our broad and diverse church,” she writes.

She is past chair of Executive Council’s Anti-Racism Committee. “I bring a variety of voices and perspectives to an important decision-making body of our church. I find that I am closer to God when I speak to and listen to God’s people across the continuum of life experiences and varieties of geographic locations. I understand the structure of our church, having held local, diocesan, provincial, and broader church responsibilities. On Executive Council’s Standing Committee, Local Mission and Ministry, I can discern, interpret, and articulate congregational and diocesan implications of legislation and budget decisions. I have exhibited competence in advocacy as well as in the planning and implementation of tasks. In my professional experience, I have demonstrated competence in organizational development and program evaluation, as well as budget development and management.” 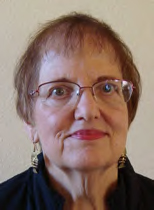 Fredrica Harris Thompsett is a member of St. Barnabas Episcopal Church in Falmouth, Diocese of Massachusetts, and is the Mary Wolfe Professor of Historical Theology at Episcopal Divinity School in Cambridge, Massachusetts.

“Having filled a partial term on Executive Council (since 2011), I am willing and committed to continuing to serve. I am a teacher, author and continuing learner who has taught at EDS and other seminaries for over 30 years. I now live in semi-retirement on Cape Cod. I bring experience, expertise, and energy as an Episcopal historian and Anglican theologian on parish, diocesan (Standing Committee, Commission on Ministry, various task forces, General Convention Deputy), national (Standing Commission on Lifelong Christian Education, ecumenical task forces), international Anglican (Inter-Anglican Theological and Doctrinal Committee) levels, and Episcopal Church Center staff. I am a contributing member of the Steering Committee of the Chicago Consultation and an anti-racism trainer. My latest book is ‘Born of Water, Born of Spirit’ (co-authored with Sheryl Kujawa-Holbrook). I am passionate about supporting the baptismal ministry of laity and clergy alike, small congregations, sharing educational resources, distance learning, and making sane decisions that benefit the church’s many communities.” 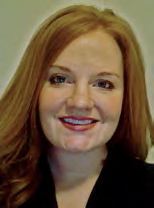 Karen Ann Longenecker is a member of St. Michael and All Angels in Albuquerque, New Mexico, in the Diocese of Rio Grande.

“I am a 29-year old laywoman and bilingual in Spanish. I have been a member of bicultural and multicultural ministries in several dioceses while in college and graduate school. I worked three years for two Jubilee ministries working with the homeless and immigrants and represented The Episcopal Church through Young Adult Ministries at the United Nations on the status of women. I conducted research in Chile on the impact of the church on the reproductive health of women for my Master’s thesis. I served on a diocesan Commission on Racial Justice and now serve on the Executive Council’s Committee on the Status of Women. I am passionate about a vision of the Church as a leader in global justice issues and what this vision looks like to young people. I want to work towards a vision of the Church that is diverse, inclusive and creative in new and innovative ways.” 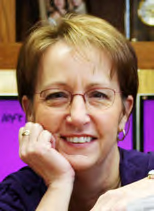 Nancy Wonderlich Koonce is a member of Church of the Ascension in Twin Falls, Diocese of Idaho.

“I am often told that my right and left brains are equally balanced, allowing me to see both the forest AND the trees. Because of my years of education and experience as a CPA/MBA, business valuator and fraud examiner, I am comfortable with analyzing pages of facts, figures, budgets and forecasts. And because of my lifetime as an Episcopalian, I can easily translate those numbers into endless possibilities for mission and ministry. I understand and can operate within the structure of this multinational organization that is the Episcopal Church with all its wonderful diversity, while at the same time understanding the limitations of the smallest of our rural churches and helping them fulfill their ministries within those limitations. I have served with dedication and pride on multiple parish, diocesan and provincial committees, and assure you that I would be a very dedicated and hard-working member of the Executive Council.” 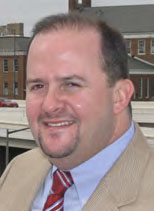 John Johnson is a member of St. Thomas’ Episcopal Church in Dupont Circle, Diocese of Washington.

“I am a lifelong Episcopalian who has grown up in the Church and also in politics. I believe that I am formed by the Church for public service, and if elected to Executive Council, I will use all of my gifts gained in my professional career in Washington to make The Episcopal Church relevant in the 21st Century. I am a 17-year member of St. Thomas’ Parish, and was elected Senior Warden in March 2010, where we are currently involved in a building campaign for a new sanctuary. I am a former vestry member, children’s and hospitality chair. In March 2011, I completed service on the Search and Nomination Committee for the Ninth Bishop of Washington. I have actively organized the Diocese’s participation in Washington’s Capital Pride march. I have served on the staff of the church under presiding bishops [Frank] Griswold and [Katharine] Jefferts Schori in the Office of Government Relations.” 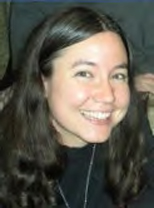 Elizabeth L. Anderson is a member of St. Andrew’s Episcopal Church in Stamford, Diocese of Connecticut.

“I am currently a Ph.D. student in theology at Yale University, with an academic background in world Christianity, historical theology, and ecumenism. I have studied, worked, and traveled in nearly 50 countries, and combine a strong commitment to The Episcopal Church with a deep love and appreciation for other Christian traditions and diverse parts of the Anglican Communion. I have served The Episcopal Church as a deputy to General Convention and as a member of my parish vestry. I have also taught at seminaries in Ukraine and Iraq, and am very involved in the ecumenical movement, both nationally and internationally. As a young adult, I would help to make the Executive Council more reflective of the membership of The Episcopal Church.” 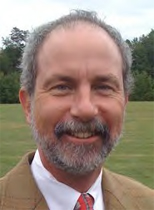 The Rev. James B. Simons

The Rev. James B. Simons is rector of St. Michael’s of the Valley, Ligonier, Diocese of Pittsburgh.

“I have worked within The Episcopal Church at all levels for over 25 years and have an in-depth knowledge of our polity. As an eight-time deputy, Chair of Dispatch, Planning and Arrangements, past President’s Council’s of Advice, and the Secretariat, I have a good working relationship with the leadership of the Church. As the only member of the Standing Committee in the diocese unwilling to “re-align,” I was one of the leaders who helped to reorganize the Diocese of Pittsburgh in 2008 and 2009. I enjoy working collaboratively. I am filling an unexpired term on Executive Council and so have a unique understanding of it. I believe the greatest challenge before us is to develop and implement mission and ministry which will lead us to growth both spiritually and numerically.” 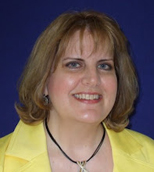 The Rev. Susan B. Snook, the only elected candidate nominated from the floor of the House of Deputies, is vicar and church planter of the Episcopal Church of the Nativity in Phoenix, Diocese of Arizona.

On her parish website, she describes herself as a priest “who loves Arizona, preaching, children, and the mission challenge of starting a new church.” She graduated with a Master of Divinity degree from Church Divinity School of the Pacific, and received her Bachelor of Arts and Master of Business Administration  from Rice University in Houston. She has previously served as associate rector of St. Anthony on the Desert, Scottsdale, and curate at St. Peter’s, Litchfield Park.  In church service prior to ordination, she served as director of Christian education for children, youth and adults and as director of lay ministries.  She also practiced as a certified public accountant for 10 years. 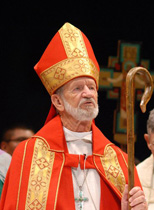 The Rt. Rev. David Bailey was ordained as bishop of the Episcopal Church in Navajoland in August 2010 after serving as interim canon to the ordinary since October 2009. The House of Bishops at a March 24, 2010 meeting elected Bailey as bishop.

Previously, Bailey served as the Diocese of Utah’s canon to the ordinary and deployment officer and was rector of St. Stephen’s Episcopal Church in Phoenix. He had chaired Native American Ministries in the Diocese of Arizona and was a diocesan liaison to Navajoland and assisted in an administrative capacity.

Bailey was ordained to the priesthood in 1980 and is a graduate of the Episcopal Seminary of the Southwest, receiving a Master of Divinity degree in 1991. 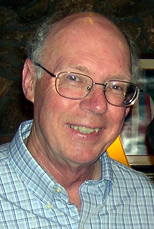 The Rt. Rev. Clifton Daniel has served as bishop of the Diocese of East Carolina since 1997.

As bishop, he has served as vice president of Province IV and president of the bishops of Province IV; chair of the presiding bishop’s Council of Advice; president of the Court of Review for the Trial of a Bishop; chair of the Church Deployment Board; a member of the Standing Commission on the Structure of the Church; and a member of the board of trustees for the University of the South in Sewanee and General Theological Seminary in New York.

Daniel was ordained deacon in June 1972 and priest in April 1973. He served parishes in Kinston and Ahoskie in North Carolina before moving to Dayton, Ohio, in 1980 to become associate rector at St. Paul’s Episcopal Church, and to Bristol, Rhode Island, in 1984, to become rector of St. Michael’s Episcopal Church, where he served for 12 years until his election as bishop coadjutor for the Diocese of East Carolina.