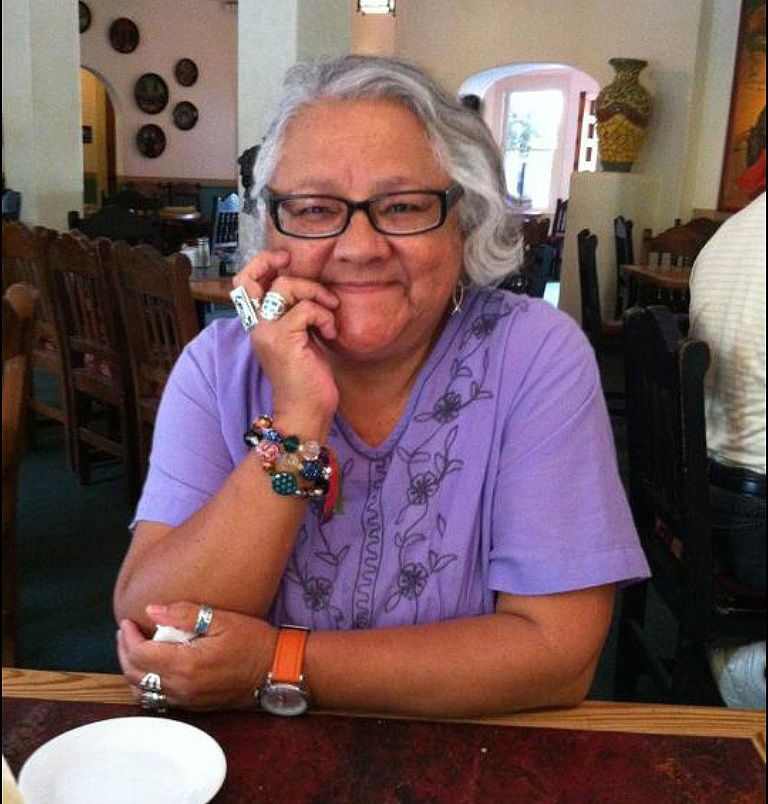 [Episcopal News Service — Indianapolis] General Convention is, for the most part, a world of words, but Enedina Vasquez is giving it a visual interpretation with colorful drawings reflecting her experiences at this year’s meeting in Indianapolis.

Vasquez, a resident of San Antonio, in the Diocese of West Texas, is at the convention as artist-in-residence for the Hispanic Ministries team headed by Rev. Canon Anthony Guillen, missioner for Latino/Hispanic ministries for the Episcopal Church.

Vasquez’s artworks and written reflections may be found here.

She served in a similar capacity at the New Communities Conference held in San Diego, California, earlier this year. 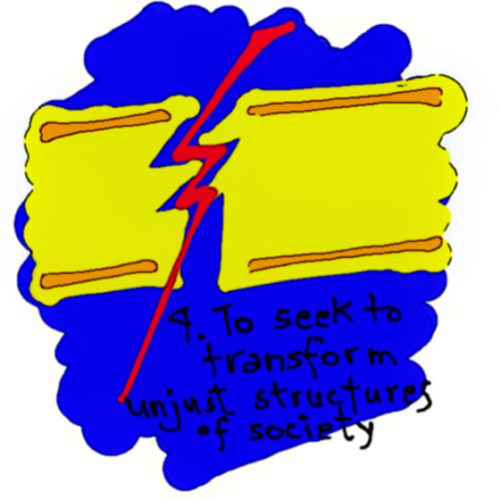 Enedina Vasquez has created a series of drawings illustrating the Anglican Communion’s “Five Marks of Mission,” which have been adopted as guiding principles by the Episcopal Church. The fourth mark is illustrated here.

It was at that meeting that Vasquez began to draw on her iPad colorful reactions to the issues being discussed at that meeting, which focused on ethnic and emerging ministries in the Episcopal Church. For instance, when she participated in a Native American sage and water prayer blessing, she painted a sprig of sage with droplets of water streaming from it, set against the blue sky. When one of the speakers mentioned that the Episcopal Church should “change our context or at least consider it …” Vasquez drew the Episcopal shield in just a few strokes of red, white, and blue as if it were in motion, streaming in the wind.

A retired schoolteacher, Vasquez owns a business that produces fused glass art pieces. Her artworks have been exhibited in major museums in the United States, Mexico, Japan and Germany. She is a also a published author, poet and playwright; her play, Te Traigo Estas Flores Y Marshmallow Peeps, was produced in the Shakespeare Theater Festival in New York by Joseph Papp.

She is a graduate of Sewanee, University of the South’s Education for Ministry program, and a member of Daughters of the King. 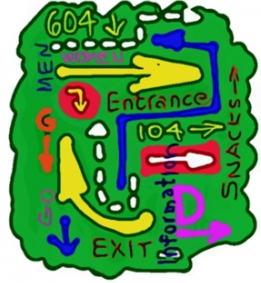 On Day 2 of General Convention, Vasquez illustrated the bemused reaction of an attendee trying to find her way around.

“In today’s world of speedy technology, with young people who text rapidly on cell phones their news of the day, their cares, their fears, the Episcopal Church must go in that direction to catch their eyes so that they can receive the good news of Christ,” says Vasquez. “We must produce and send out news that is instantaneous, to the minute, colorful, whimsical, short and to the point. In 2012, creative ways are available to us through Facebook and Twitter (to mention a few) — and it is the artists that throughout history have reflected the true news of the day for all ages and times.”