[Religion News Service] Archbishop of Canterbury Rowan Williams criticized some Christians for feeling so “embarrassed and ashamed and disgusted” over homosexuality that they seem unwelcoming to outsiders and convey a lack of understanding. 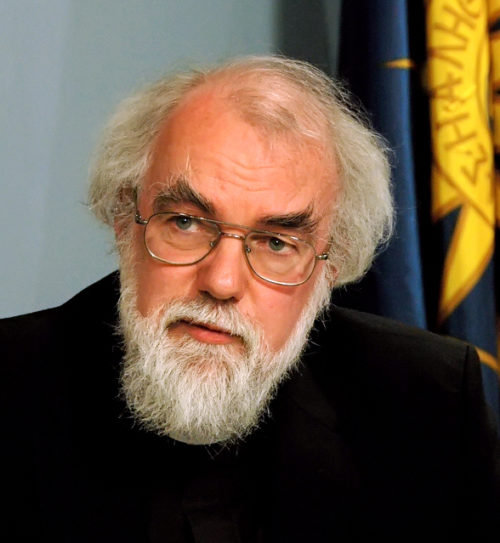 Addressing a group of Christian teenagers at his Lambeth Palace residence in London, the spiritual leader of the Anglican Communion said Anglicans and other Christians are still in “quite a lot of tangles” about homosexuality. The confusion sometimes leaves the church “scratching its head and trying to work out,” Williams said.

His comments came barely two weeks after he slammed the British government for its plans to legalize same-sex marriages — something that Williams said would be a mistake. The Anglican Communion itself has been deeply divided over homosexuality.

According to a report in the Daily Telegraph newspaper, Williams said that “what’s frustrating is that we will have Christian people whose feelings about it are so strong, and sometimes so embarrassed and ashamed and disgusted, that it just sends out a message of unwelcome, or lack of understanding, or lack of patience.”

“So whatever we think about it,” Williams added, “we need, as a church, to be tackling what we feel about it.”

Williams, who is retiring as Archbishop of Canterbury at the end of this year, also spoke about the upcoming Church of England General Synod, in York, England, July 6-12, where the controversial issue of women priests is expected to take center stage, on July 9 (information here).

Such much debate has resounded over that one subject, the archbishop said, that the impression is left that sex is “the only thing the church is interested in.”

Williams also told his youthful audience that some non-Christians might consider Christians to be “weird,” “mad” and “primitive.”

“As somebody who doesn’t spend all his time with other Christians, I’m quite conscious, too, of the fact that people think we are weird,” Williams said.