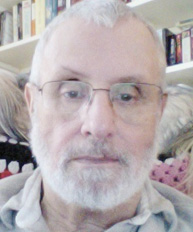 [Episcopal News Service] Statistics are cold. Of course they can be and are manipulated to justify positions. Nevertheless there’s no disputing that the Episcopal Church is in systemic decline.  Seeking ways to reverse this loss of “membership,” resources and influence involves us all in the uncomfortable process of leaving our safety zones — no easy task for gray-heads, those of us who have become the major group of parishioners in the contemporary Episcopal Church.

A reassessment of mission and vision requires learning anew the purpose of the church, why it exists, and the faith that it is called to proclaim. Renewal has to begin there. Our major task is to grasp once again the purpose of our parishes and missions, planted where they are in real communities, places where in worship and study we are prepared and enabled to be witnesses to that which God has done and is doing in Jesus through the Spirit. We learn painfully that the church where we are isn’t primarily a staging point from and by which we grasp life after death. Rather the church, our church, is the place, the visible place from which we engage the world in the wholeness of its need, spiritual and social.

In short our local church isn’t a place to escape, a venue for self-preservation, in which our needs are addressed. Such a view is inherently selfish and it breeds the view that if we don’t get cared for we can always find some other place or no place except home where we can be the central factor. Consumerism is consumerism even of it is cloaked in piety. Clergy particularly have become the victims of people who think that a priest exists to make them content. Parishes are riven when those who want one thing collide with those who want another. It’s all selfish and destructive.

In Baptism God has adopted us. Eternal life is God’s free gift. As long as we remain true to that “salvation” and live in God’s will, that’s a given. But — and it is a big “but” — that’s the start of discipleship and not its content. All of us, even the gray-heads, are able to work, give and pray for the Kingdom, as the old prayer book put it. And the kingdom isn’t our local church building, or our usual pew. Rather our church home is the kingdom’s local franchise, the place from which mission begins and continues. While we remain content to receive without giving, maintaining and surviving without engaging the communities in which we are in contact with the world God loves and the people God yearns to bring to himself, we will be merely denominationalists, and our love — self-love — will center on everything other than being the church.

Clergy and laity have to learn anew. Ordinands will have to be formed and shaped in radically new but thoroughly old ways of leadership. Laity will have to be disturbed, challenged and trained. And perhaps we all need to become aware of evil, of the presence of that which opposes God’s rule “on earth as it is in heaven,” an evil that clothes itself in our culture in the idea that faith is personal and private, something that has no place in the market place. We have all tried so hard to fit in, to accept, to collaborate, to be nicely Anglican that we no longer see evil around us, or if we do, we judge those caught upon in its seduction while being equally seduced ourselves.

The Faith is a matter of life and death. Redemption is a rescue mission, not merely to pluck souls for heaven, but to redeem the whole creation. True God is the author of that purpose. We are God’s messengers, God’s lovers, God’s voice of justice and mercy. Jesus told his followers that they would receive power — we get the word dynamite from that Greek word — to be his witnesses — life-givers — to the ends of the world. For most of us that world and its “ends” are discovered in the communities our parishes embrace.

A simple way to begin is to make sure that the people and needs of the community in which we are placed, its families and lonely people, are intentionally remembered in the Prayers of the People at the Eucharist. That’s a very small and simple start, but our intentional prayers are powerful and they nudge us to witness and service. Instead of simply praying for “our church” and ourselves, perhaps we should leave that to others and pray instead for all who live and work and play around our churches and homes?  Such a good habit will enable us to hear the Gospel as it is read and preached, and spur us to renewed mission and vision.

— The Rev. Tony Clavier retires in April from his present responsibilities as rector of Saint Paul’s Episcopal Church, La Porte, Indiana, and will go from there to care for two missions in the Diocese of Springfield.