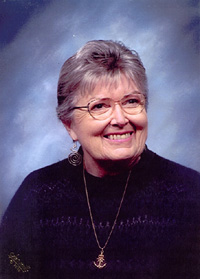 “I like making trouble,” says Happy Jones, who recounts her past with passion and laughter. “It’s just fun.”

Now almost 75, Jones — whose given name is Dorothy — caused her share of “trouble” during the civil rights movement in Memphis, Tennessee, and she’s not done yet.

“I’ve always been interested in politics,” said Jones, who grew up in a prominent Memphis family. “When I turned 21, the first thing I did, I went downtown to register to vote. It was like my birthday present to myself.”

She joined the Republican Party.

“That was when it was the party of Lincoln, my dear, and it was mostly made up in the South of black folks,” she said. “The deal was that blacks and whites would vote for Republican national candidates, but blacks locally had to vote for the Democratic local people.”

Under the Memphis political machine of Edward Hull “Boss” Crump, she said, “they used to take prisoners, put them on a bus and take them around to the polls and vote all the dead people. This basically only happened in black precincts. They would vote for who they were told to vote for.”

“There was a group of white Republicans who wanted to break that machine up,” said Jones. “Basically, we established a two-party system.”

Her involvement in the civil rights movement began after the Rev. Martin Luther King Jr. was shot at the Lorraine Motel in 1968 while visiting Memphis to support striking African-American sanitation workers there.

“Right after Dr. King was assassinated, we were all pretty shook up down here,” she recalled. One day, she invited herself to lunch with someone from Republican headquarters who was meeting Jocelyn Wurzburg, a Jewish woman trying to establish a local chapter of the Panel of American Women, which raised awareness of prejudice, racism and discrimination.

“The deal was to speak about prejudice and how harmful it was,” she explained. “We were very well-received in most places.”

The Lorraine Motel in Memphis, where Dr. Martin Luther King, Jr., was assassinated in 1968, is now part of the National Civil Rights Museum.

Of course, there was the time she was sitting beside a man on an Atlanta-bound airplane. Asked what she did, Jones told him she made speeches about “what a great country this is and what a wonderful thing democracy is.”

The man was chair of the Bluff City Council of Civic Clubs. He thought the Panel of American Women sounded patriotic and invited them to speak.

The council, Jones said, “was the closest thing to the White Citizen’ Council that you’ve got in Memphis. I knew that.”

“We were not well-received, but it was fun. The worst thing was the sheriff’s deputies sitting in the back making nasty remarks. They were not polite, especially when they saw the African-American woman come in with us.”

Very often when members of the panel spoke, she said, “people in the audience had never seen a black and a white woman engaging with each other as equals and being more or less middle class and articulate and the whole schmear.” While they might not have influenced the Bluff City council, she said, “I think it made a difference in other organizations.”

Meanwhile, Memphis’ sanitation workers were preparing to strike again because the city would not recognize the union. Jones and Wurzburg organized a bus ride so people could see how the workers lived. So many people showed up, they had to order a second bus.

Most of the riders were “white, Republican and concerned” women, Jones said. “They didn’t want to see the city get into the mess that it had been the year before” when King was killed.

The day after the tour, the women visited city hall to see the mayor and council. “I kind of ended up as the spokesperson for it,” Jones said. “What we did was redefine the issue. We said: This is not just a union-management issue. This is an issue about hunger and poverty and racism.”

“You know what? They listened. They listened real hard. The union got recognized almost immediately, and we didn’t have another strike.”

But not everyone was pleased. Their telephones “rang off the hook with nasty phone calls,” Jones said. “I couldn’t let my children answer the phone, it was that bad. … It was right after that the Republican Party kicked my butt out, at least as an officer.” (She’s now a Democrat.)

Next, they tackled the Memphis school board’s policy of not applying for federal funding for free lunches for needy school children. “They didn’t want the federal government messing in their business. That was their reasoning,” she said.

Before the next school board vote, she visited all the local black schools, located “in pretty lousy neighborhoods,” and recorded who could and could not afford to eat lunch. “The rule was, if you couldn’t eat, you still had to go sit in the cafeteria. Now, could you believe that?”

She gathered a group of women to accompany her to the next board meeting, where she presented her findings. “I just told them it was cruel what they were doing, and there was no reason on earth not to have free lunches in these schools. They voted right then, and that day they got free lunches.”

That prompted another phone call when she arrived home, this time from her ultraconservative father. “He had not liked what I had been doing over the past year, to say the least,” she said. “I’d been all over the 5 o’clock news. He said, ‘You know, I’ll never understand what you’re doing or why you’re doing it, but you’re certainly doing it well.’ That was quite a compliment from him.”

Reflecting on these successes, she said, “We had some power. In 1968, I had been named by the local newspaper, The Commercial Appeal, as one of the 20 most-influential political figures in the county. That gives you a little power.”

When confronted by a group of white, Republican women, local politicians “just couldn’t ignore that,” she said. “Hell, these were the people that put them in office. … Plus it was shocking. Women in my class were not supposed to be doing that. We were supposed to be going to junior league meetings. That’s about it.”

It would have been different had they been black or lower-class whites, she said.

Over the years, Jones’ activism continued on various policy issues, including domestic violence, and she worked as a certified marriage and family therapist and social worker. At her Memphis Episcopal church, Grace-St. Luke’s, she works at the food bank. In 2009, she was among six women to receive the Women’s Foundation for a Greater Memphis Legends Award for her community activism.

Reflecting on race relations in Memphis, she sees progress and cause for concern. The mostly black city’s schools are being consolidated with the county’s mostly white school system, and “the county people are not liking this at all,” she said. “Tensions are fairly high right now.”

“We’ve still got the racial divide,” she said. “But … we’ve got a pretty established black middle class, and most neighborhoods that were formerly all white are integrated, to some degree. I live in probably the best neighborhood in the city, I think, and it’s integrated now. It’s not 50 percent or anything. Maybe 25 percent. That’s a big step.”