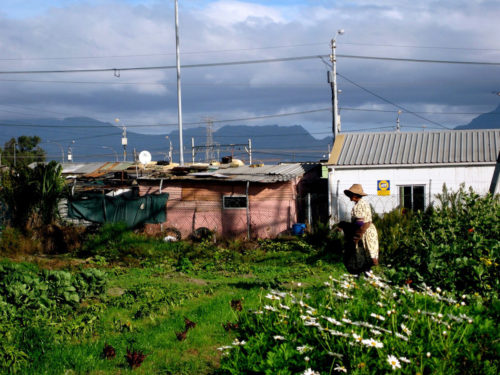 A farm in the Abalimi Bezekhaya cooperative in South Africa that inspired Erin Koepke of Southern Ohio to co-write "Seed to Table," a cookbook of recipes using locally grown fresh fruits and vegetables.

[Diocese of Southern Ohio] Erin Koepke found that the bond of food, of breaking bread together, transcends geography, age, race and culture. 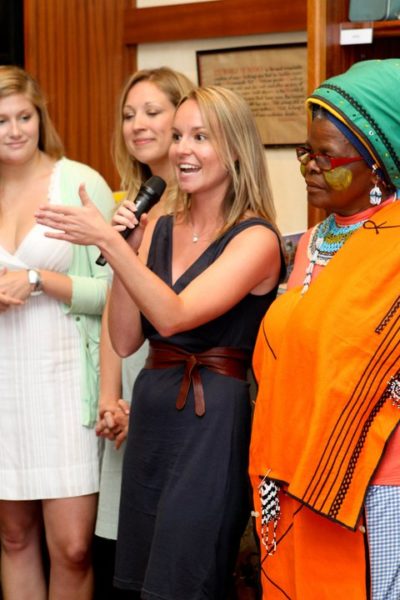 A longtime camp counselor in the Diocese of Southern Ohio and member of St. Paul’s Episcopal Church, Dayton, Koepke joined micro-farmers from South Africa and two colleagues to create a cookbook using locally grown fresh fruit and vegetables. Seed to Table is now available in the United States, with all proceeds benefiting the non-profit Abalimi Bezekhaya, an organization that works with individuals and groups to achieve food security through home or community gardens.

Koepke was in South Africa as part of the Rotary International Ambassadorial Scholar program. She toured the community and home gardens of the Abalimi Bezekhaya farmers. Then she followed them to the packing shed. There she watched as the farmers, mostly women, packaged their fruits and vegetables for market.

“There was so much bustling excitement and passion there,” said Koepke, now 27 and a communications and outreach associate for the World Food Program USA, an organization that generates support in the United States to end global hunger. “There was an energy that I couldn’t back away from.”

Koepke teamed with two fellow scholars and the farmers, primarily women, to begin what they thought would be a quick project of gathering a few recipes and copying them onto stapled black-and-white pages. Instead, the project picked up momentum and turned into a professionally published, full-color cookbook.

Koepke and her colleagues worked with the farmers to develop recipes that best utilized the locally grown fruits and vegetables and that were inexpensive as well as tasty. They tried each recipe, sometimes several times, until they reached perfection.

The cookbook is more than recipes though, said Koepke. It also chronicles their journey about what they learned from the women, the mistakes — and relationships — that they made. 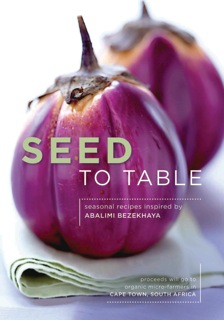 “The cookbook is a story itself,” she said.

One lesson was learning to love beet roots. Even the cookbook acknowledges that the vegetable comes with a distinctive flavor often dismissed by children (and adults).

But “beets were the mommas’ favorite vegetable,” said Koepke. “I hated them before, but I ended up loving them.” So much so that one of her oft-cooked meals from the cookbook is beetroot risotto.

When the cookbook launched in Cape Town, many of the farmers attended the event at a local bookstore. For the women, this was their first return visit to a place from which they had been forcibly removed during the years of apartheid. The book launch became an opportunity for them to speak about their lives — and for Koepke and the other authors to talk about how much they had learned from the women.

Koepke said the experience also helped her learn about herself, about listening to her heart’s desire.

“I discovered that this is what can happen when you allow yourself to do what really makes you happy,” said Koepke. “I struggled with being away from my job and my family, but I decided to follow what I love … for me, the cookbook is kind of a tribute to allow yourself to fly and be free, because amazing things can happen.”

To purchase the cookbook ($15, plus tax), e-mail seedtotablecookbook@gmail.com.

—Richelle Thompson is director of communications for the Episcopal Diocese of Southern Ohio and editor of its magazine, Interchange, in which this article first appeared.