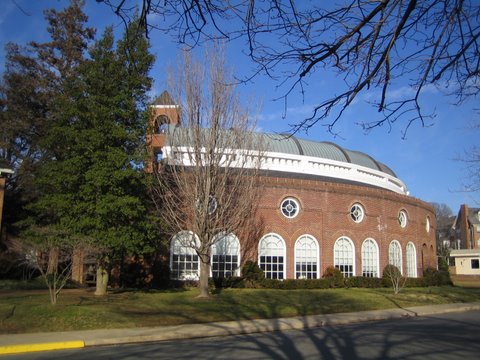 [Episcopal News Service] A Fairfax County, Virginia, court has told seven breakaway congregations that they must return control of church property to the Diocese of Virginia and the Episcopal Church.

The majority of members and clergy of those parishes left to form congregations of the Convocation of Anglicans in North America (CANA), which the Anglican Province of Nigeria began in 2005. The departing members of those congregations then filed claims to parish property under Virginia law.

Bellows’ decision stemmed from a June 2010 decision of the Virginia Supreme Court that said he erred in an earlier ruling when he said that the breakaway congregations involved in the cases were entitled to retain all the parishes’ real and personal property when they left the Episcopal Church and joined another denomination.

In coming to his opinion, Bellows reviewed Virginia statutes governing church property, the deeds to the real property of the churches, the governing rules of the diocese and the Episcopal Church, and the historic relationship between the parishes and the larger church.

He concluded state statutes support a finding that a local congregation is obligated to comply with the “laws, rules and ecclesiastical polity” of the denomination with regard to property and that the constitution and canons of both the diocese and the Episcopal Church “demonstrate pervasive dominion, management, and control over local church property, in a manner normally associated with ownership, title, and possession.” Bellows said the deeds in question make clear that the property “cannot be removed from the denomination without the larger church’s consent.”

And, Bellows listed 20 ways in which each of the parishes throughout their history, until the time many of their congregants broke away, acknowledged the authority of the diocese and the larger church. He also cited numerous ways specific to each of the parishes in which their so-called “course of dealings” showed them to be subordinate parts of the Episcopal Church.

The text of the 113-page ruling is here.

“Our goal throughout this litigation has been to return faithful Episcopalians to their church homes and Episcopal properties to the mission of the church,” Virginia Bishop Shannon S. Johnston said in a statement after the ruling. “While we are grateful for the decision in our favor, we remain mindful of the toll this litigation has taken on all parties involved, and we continue to pray for all affected by the litigation.”

Henry D.W. Burt, secretary of the diocese and chief of staff, said in the same statement that “we hope that this ruling will lead to our congregations returning to worship in their church homes in the near future, while finding a way to support the CANA congregations as they plan their transition.”

The Rev. Canon Charles Robertson, canon to the presiding bishop and primate, said Jan. 11 that “I give thanks with the people of the Diocese of Virginia for the recent court decision, and even more for their passionate commitment to the mission of the church. And I join Bishop Johnston in calling us to pray for all those who have experienced the struggles of this litigation.”

Meanwhile, Jim Oakes, chairman of the Anglican District of Virginia, which is the umbrella organization for the Anglican congregations, said in a Jan. 10 press release issued by the breakaway Falls Church that “we are profoundly disappointed by today’s decision.”

He offered “our gratitude to Judge Bellows for his review of this case. As we prayerfully consider our legal options, we above all remain steadfast in our effort to defend the historic Christian faith. Regardless of today’s ruling, we are confident that God is in control, and that He will continue to guide our path.”

The Rev. John Yates, rector of the breakaway Falls Church, said in the same press release that “the core issue for us is not physical property, but theological and moral truth and the intellectual integrity of faith in the modern world.”

“Wherever we worship, we remain Anglicans because we cannot compromise our historic faith. Like our spiritual forebears in the Reformation, ‘Here we stand. So help us God. We can do no other.'”

CANA Missionary Bishop Martyn Minns called the ruling “a great disappointment to me.”

“We all know that Christ’s church is built in the hearts of men, women, and children – not in stones, bricks and mortar no matter how historical, beautiful, or valuable,” he said Jan. 11. “But there are so many personal connections to the buildings that will likely be disrupted by the potential loss of these properties: baptisms performed, marriages celebrated, and funerals remembered.”

In June 2010, the Supreme Court held that although disagreements had caused “a division” within the Episcopal Church and the Diocese of Virginia, the breakaway congregations had affiliated with a church that was not a branch of either the Episcopal Church or the diocese. Such an affiliation is required, the court said, for Virginia’s one-of-a-kind “Division Statute” (Section 57-9(A)) to apply, as the breakaway congregations claimed.

The Supreme Court returned the cases to the lower court for further proceedings to resolve the property claims of the Episcopal Church and the diocese “under principles of real property and contract law.” Bellows held a trial that lasted 22 days stretched over April, May and June 2011, and included testimony by 60 witnesses. He wrote that he also reviewed thousands of pages of post-trial briefs.

In the Jan. 10 ruling, Bellows gave the diocese and the Episcopal Church 45 days to submit a proposed order to enforce his ruling on returning the property. The CANA congregations are to be given “a reasonable opportunity to note their exceptions,” he said, and he gave all the parties 30 days from Jan. 10 to request a hearing on the terms of the proposed order.

More information about the cases, including all court filings, is available here.