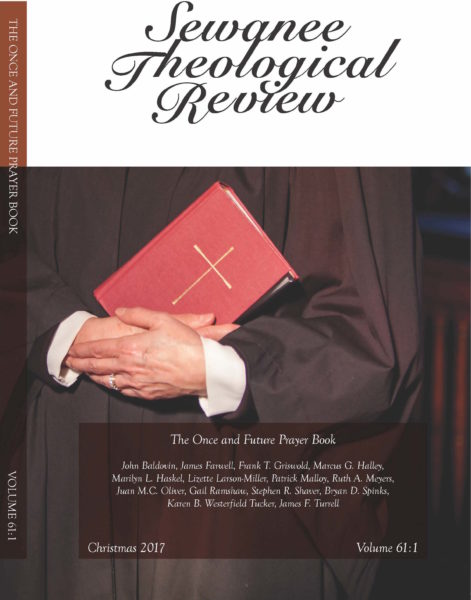 In February, 2018, the School of Theology’s Sewanee Theological Review will publish a special volume—the papers that were presented during the two conferences on the possible revision of The Book of Common Prayer. The title of volume 61:1 is “The Once and Future Prayer Book.”

The first conference was held at The Virginia Theological Seminary in June and the second was held at the School of Theology in October, both in 2017. The conferences were held due to a directive from the 78th General Convention of The Episcopal Church to the Standing Committee on Liturgy and Music to explore a possible revision of the 1979 Book of Common Prayer.

This special edition of the Sewanee Theological Review may be purchased without a subscription for $10. If you already have a subscription to the STR, you will receive a copy in early March.