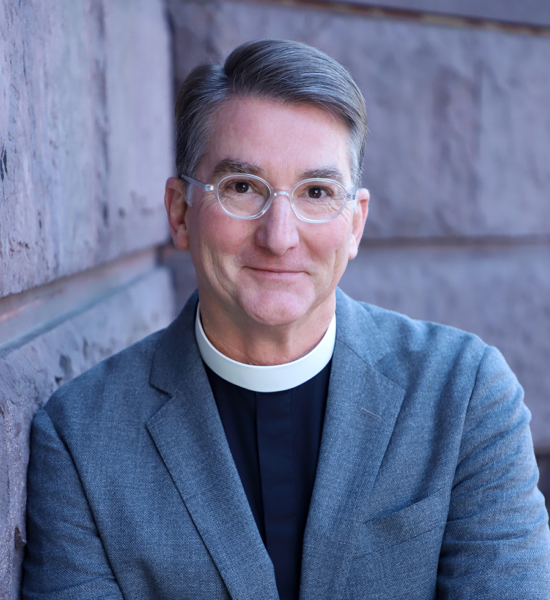 Following a comprehensive nine-month search by the Board, the Seamen’s Church Institute of New York & New Jersey (SCI) is pleased to announce the selection of the Rev. Mark S. Nestlehutt as its new President & Executive Director. Mark will succeed the Rev. David Rider, SCI’s current Executive Director, and begins his work on Tuesday, February 18.

“We are very excited to have Mark taking on the role of the Executive Director,” says Board Chairman Bruce G. Paulsen, Esq. “In addition to exceptional credentials and wide-ranging experience, I am particularly impressed by Mark’s genuine and heart-felt affection for the sea and the mariner. Since its founding in 1834, SCI has witnessed great transformation in the shipping industry and the needs of the mariners it serves. The last twenty years has seen SCI’s expansion of its mission on the inland rivers of the United States as well as its continued commitment to blue water mariners. SCI thanks David Rider for his twelve years of service in furtherance of these missions, and looks forward to Mark leading the organization into the future.”

With more than two decades of church experience in Massachusetts, Illinois, Maryland, Australia and South Africa, Mark joins SCI from Washington Memorial Chapel in Valley Forge, Pennsylvania where he serves as Rector. His previous employment and interests include service as an officer in the U.S. Navy, Director of Planned Giving at Opera Philadelphia, various positions for five years in the field of commercial banking and asset planning as well as engagement as an enthusiastic rugby player from 1980-2012. An avid one-design sailor, Mark spent twelve years as the Rector of Christ Church in St. Michaels, Maryland, a waterfront community on the Chesapeake Bay where his parishioners were comprised of Chesapeake Bay Pilots, Delaware River Pilots, tugboat captains, ship engineers, students at the Calhoon MEBA Engineering School, and others.
“One of our Search Committee members expressed it well,” says Craig Philip, Research Professor at Vanderbilt University and SCI Selection Committee Chair. “This position is the perfect job for the right person, and in Mark we found exactly the right person – very knowledgeable and passionate about mariners and we felt that his work experiences were somehow all intended to prepare him for SCI.”

A native of Atlanta, Mark studied at the University of Georgia (economics and history) and Georgia State University (international relations and foreign policy). He attended seminary at the Episcopal Divinity School in Cambridge, Massachusetts (EDS) with a concentration in Anglican, Global and Ecumenical Studies, and holds a certificate in World Mission and Ecumenism from the Boston Theological Institute (BTI).

In addition, Mark served on the Board of Trustees of the Chesapeake Bay Maritime Museum, and on the Standing, Finance, and Compensation & Benefits committees of the Diocese of Easton, and Chaired the Companion Diocese relationship with the Diocese of the North Eastern Caribbean & Aruba.

“I feel truly honored to be selected by the Board to serve as the next President & Executive Director of SCI,” says Mark. “The three-fold mission of SCI to be chaplains and first-responders; to provide legal assistance and advocacy; and to facilitate advanced educational training for domestic and international mariners is a deeply-grounded and intentional ministry with and for the men and women who serve in this strategically vital vocation. I look forward to building upon the work of the Rev. David Rider, and working with the board and staff to address the emerging needs of mariners.”

The Rev. David Rider, who will officially retire on March 1, expressed enthusiasm for the Board’s choice. “Our Board’s five-year strategic plan addresses SCI’s three mission anchors of chaplaincy, advocacy and education in detail. And Mark will be surrounded by a dedicated, talented team at SCI who are continuously inspired and motivated by the mariners we serve.

I feel very confident that Mark is the leader equipped to shepherd SCI successfully through this transition with the support of our incredible Board and staff. I look forward to seeing all that SCI accomplishes in the future, and will remain forever a major SCI advocate and cheerleader.”

Founding Partner of MTI Network, Partner of Marine Money and SCI Board member Jim Lawrence said, “For almost 200 years, SCI and its dedicated people have been ministering to seafarers from around the world and right here at home. They are the lynch pin to safe global trade and today with simulators in Paducah and Houston, on-line learning modules, the connection is more vital and closer than ever. Everyone involved with SCI is privileged to work with and for this incredible community of women and men.”

For further information, please contact Nancy Van Epps at the Seamen’s Church Institute at
(212) 349-1791 or nvanepps@seamenschurch.org