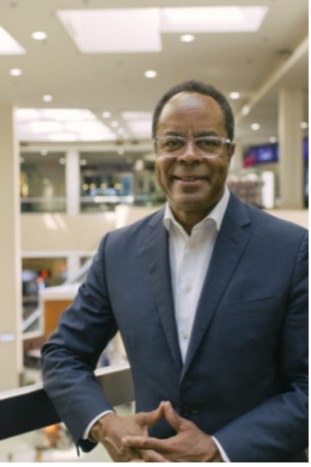 In recognition of his work, both at the corporate level and his foundation’s work in support of marginalized families, The University of the South awarded Quintin E. Primo III a Doctor of Civil Law honorary degree during the installation of the Dean of the School of Theology.

Quintin E. Primo III is the founder, chairman, and CEO of Capri Investment Group, a major U.S. minority-owned real estate investment and development firm. The honorary degree recognizes that Quintin is deeply committed to philanthropic efforts. As a co-founder of the Primo Center for Women and Children in Chicago, he has raised funds for the operations of the Primo Center, which provides shelter and services to Chicago’s fastest-growing segment of the homeless population—mothers and their children.

Also recognized for their outstanding work in support of the missions of the Episcopal Church were The Very Reverend Samuel Candler who is recognized for his optimistic and progressive vision of traditional Christian church life with an emphasis on religion and science, environmental sustainability, and earth stewardship. Thomas Murray, University Organist and Professor Emeritus, was recognized for his 38 years of service on the faculties of the Yale School of Music and the Institute of Sacred Music.