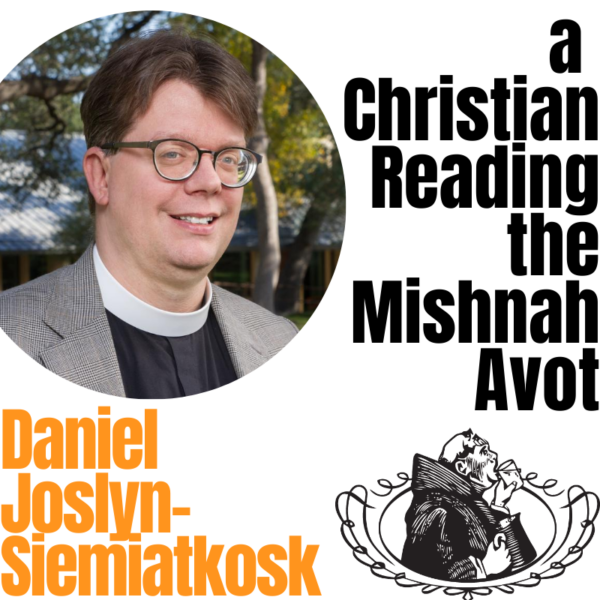 The Homebrewed Christianity Podcast of August 14, 2020 features the Rev. Daniel Joslyn-Siemiatkoski, PhD, a member of the Board of Trustees of the Historical Society of the Episcopal Church. The episode “A Christian Reading the Mishnah Avot & Weird Anglican Twitter” was sponsored by the Historical Society. In a conversation with host Tripp Fuller, Joslyn- Siemiatkoski shares his church experience, describes work a church historian and seminary professor, explores the nature of comparative theology, and discusses his recent book The More Torah, The More Light: A Christian Commentary on Mishnah Avot.

The Membership and Promotions Committee of the Historical Society has launched a number of initiatives to better fulfilling its purpose of preserving and disseminating information about the history of the Episcopal Church in the 21st century. It determined to sponsor a number of episodes on this podcast with 75,000 listeners each month and over 2 million downloads last year from over 150 countries. It has been sharing conversations between friends, theologians, philosophers, and scholars of all stripes since 2008 and boasts previous guests such as Rob Bell, N.T. Wright, Marcus Borg, Brian McLaren, Morgan Freeman, Walter Brueggemann, Phyllis Tickle, Diana Butler Bass, Richard Rohr and many other influential and emerging Christian thinkers.

Joslyn-Siemiatkoski is the Duncalf-Villavoso Professor of Church History at the Seminary of the Southwest where his teaching focuses on integrating Anglican and Episcopal identity with the broader sweep of Christian history and Jewish-Christian relations. He is author of Christian Memories of the Maccabean Martyrs and has authored chapters in various edited volumes and articles in Anglican Theological Review and Anglican and Episcopal History. He serves as an assisting priest at St. David’s Episcopal Church in Austin.

For information, visit hsec.us or contact Matthew. P. Payne, Director of Operations of the Society at administration@hsec.us or (920) 383-1910.