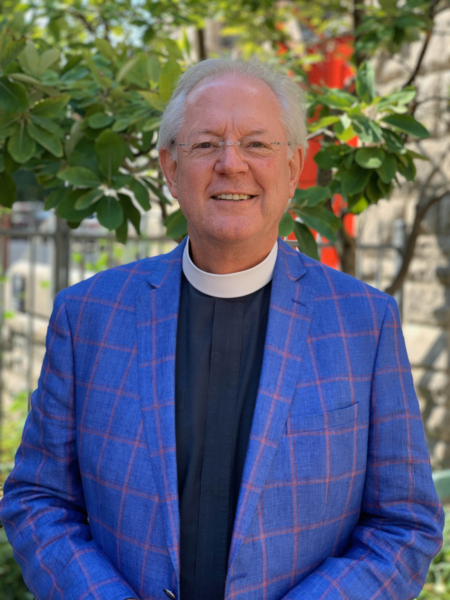 The Right Rev. Brian Cole has announced the new appointment of The Rev. Jerry Askew as Archdeacon of the Episcopal Diocese of East Tennessee. Askew will continue to serve as Deacon at St. John’s Cathedral, Knoxville and is following The Venerable Chris Harpster, who has been serving as Archdeacon.

Bishop Cole said, “I am grateful for the good work that Chris has done as Archdeacon and I am grateful for his willingness to focus even more deeply in his pastoral work with the Campus Ministry at ETSU and on the parish staff at St. Paul’s, Kingsport.

I am also grateful that Jerry has said yes to taking on a new role as Archdeacon. We are in a season in our Diocese when we hope to recruit and raise up more persons for the Diaconate. Jerry’s whole life, both in the Church, in higher education, philanthropy, health care, and non-profit leadership has been about identifying, raising up and equipping servant leaders.”

Askew commented, “I am both deeply humbled and extremely excited that Bishop Brian has called me to this new role. As Archdeacon, I aspire only to be a servant to the servants: the women and men of the diaconate throughout our diocese who so ably serve as the prophetic voice of the poor to the Church and the world every day. I know I speak for all of us in expressing our deep love, respect and appreciation for our friend, brother and role model, the Venerable Chris Harpster, who has served with such grace and compassion as our leader. We all wish him continued success in the crucial work he does at both ETSU and St. Paul’s Kingsport.”

Harpster said, “The current pandemic has allowed me to enter into a period of discernment with Bishop Cole about the roles of ministry that I am involved with. This discernment has been a chance for clarity. It became clear that my call is to provide my presence, love, and attention to reimagining the incredible and fruitful possibilities of the ETSU Campus Ministry, known as the Emmaus House, and to St Paul’s in Kingsport. These roles will need my focus and energy. I am incredibly excited that my dear friend and brother Deacon, The Rev. Jerry Askew, will be stepping into this role with wisdom, grace, and energy that the Archdeacon role will require. I believe this is going to be a tremendous opportunity for our Deacons and for the Diocese of East TN. I will be forever grateful for the opportunity to serve as Archdeacon of the Diocese of East TN and I am profusely thankful to Bishop Cole for his continued commitment to our deacons and his wisdom-filled leadership.”

The Rev. Askew serves as the President of the Alliance for Better Nonprofits. He has lived in Knoxville since 1985. His wife, Robyn Jarvis Askew, is an attorney with the law firm of Lewis Thomason.