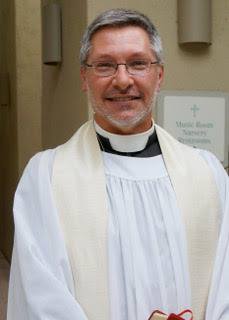 The Reverend Michael Seiler has accepted the call of the Vestry of Saint Michael and All Angels Episcopal Church in Corona del Mar California in the Diocese of Los Angeles to join the parish family as its next rector effectively immediately.

Michael has been interim rector of St. Michael’s since July 2017 when he joined the parish from the Parish of St. Matthew in Pacific Palisades. where he spent fifteen years as associate rector and as acting rector.

In an earlier assignment, Michael was curate at St. Mark’s Church in Philadelphia. There he planned and taught a program of adult Christian education and spiritual formation in addition to his liturgical and pastoral care duties which included directing a team of lay ministers at a local nursing home.

He was a member of the board of directors of the Episcopal Chaplaincy at the University of Southern California from 2002 to 2006 and completed “The Bible and the Land of Jesus,” a two-week course at St. George’s College, Jerusalem in 1994.

Michael is a member of The Fellowship of Saint John, The Society of St. John the Evangelist.