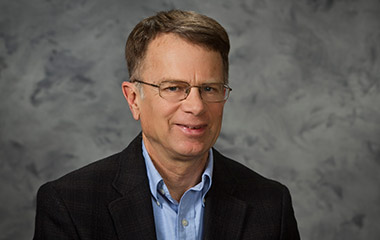 The Historical Society of the Episcopal Church is pleased to announce its recipient of the 2019 Nelson R. Burr Prize, Dr. Stephen L. Longenecker. Stephen is Edwin L. Turner Distinguished Professor of History at Bridgewater College, Bridgewater, VA. He earned a B.S. from Shippensburg University; M.A. from West Virginia University and Ph.D. from The Johns Hopkins University. Teaching Fields include American History, American Religious History, History of the South, and the American Civil War.

Dr. Longenecker is honored for his article entitled “Randolph H. McKim: Lost Cause Conservative, Episcopal Liberal,” published in the September 2018 issue (Volume 87, No. 3) of Anglican and Episcopal History. Working on a teaching campus, Longenecker noted that he mostly writes for fun.

This article is part of a larger study that compares the faith and politics of former Confederate chaplains after the Civil War. “Randolph McKim is one of those persons who makes history come alive,” Longenecker noted, “and I had easy material to work with.” His most recent book is “Gettysburg Religion: Refinement, Diversity, and Race in the Antebellum and Civil War Border North.”

The Burr prize honors the renowned scholar Nelson R. Burr, whose two-volume A Critical Bibliography of Religion in America (Princeton: Princeton University Press, 1961) and other works constitute landmarks in the field of religious historiography. Each year a committee of the Society selects the author of the most outstanding article in the Society’s journal, Anglican and Episcopal History, as recipient. The award also honors that which best exemplifies excellence and innovative scholarship in the field of Anglican and Episcopal history.