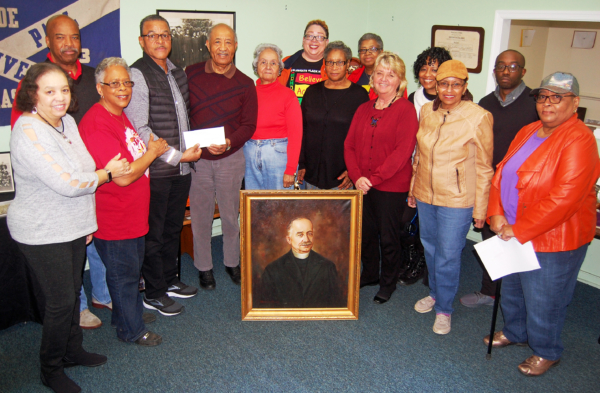 The James Solomon Russell/Saint Paul’s College Museum & Archives has been established and has received its non-profit and federal 501(c)3 status. The museum is located at 219 North Main Street in Lawrenceville, VA. It was formed from the combination of the James Solomon Russell Commemoration Committee that has celebrated the life of Archdeacon Russell since 2009 and the Saint Paul’s College Museum Committee that housed the archives of the college that closed in 2013.

James Solomon Russell was an early pioneer in the Episcopal Church. He was born into slavery in 1857 just before the civil war started. He grew up in extreme poverty, educated himself, went to Hampton Institute (1874), and ended at the St. Stephen’ School for Colored Missionary Training in Petersburg, VA . In 1882, he was ordained deacon and was sent to Lawrenceville by Bishop Whittle to shepherd the colored congregation there. Seeing the tremendous level of poverty he started facilities for the poor, schools for the poor children and many Episcopal churches in the surrounding communities. Seeing a greater need for education he started St. Paul School (no’s) in 1888 which grew into a campus of 35 buildings, 50 faculty and 800 students. At the same time he established over 20 Episcopal churches and oversaw all colored Episcopal churches in the Dioceses of Southern Virginia until 1929. He was elected suffragan bishop in 1917 in Arkansas and in 1918 suffragan bishop in North Carolina, however, he declined both offers. He went on to receive two honorary degrees: Doctors of Divinity (1917-VTS) and Doctors of Law (1922-Monrovia College, Africa). James Solomon Russell died in 1935 leaving a thriving college and a great legacy. He was made a local saint in 1996 and a national saint in 2015 in the Episcopal Church.

The mission of the museum is to collect, organize, preserve and promote access to the archives, printed materials and items pertaining to the life of James Solomon Russell for everyone’s benefit.

The museum has hosted many groups thus far and is now making arrangements to move to the former Saint Paul’s College Student Center (Brunswick County Conference Center) to provide for much needed space and parking. Grand Opening is set for August 10, 2019. Please visit our new website at: www.jsrussell.org. Donations are always appreciated.