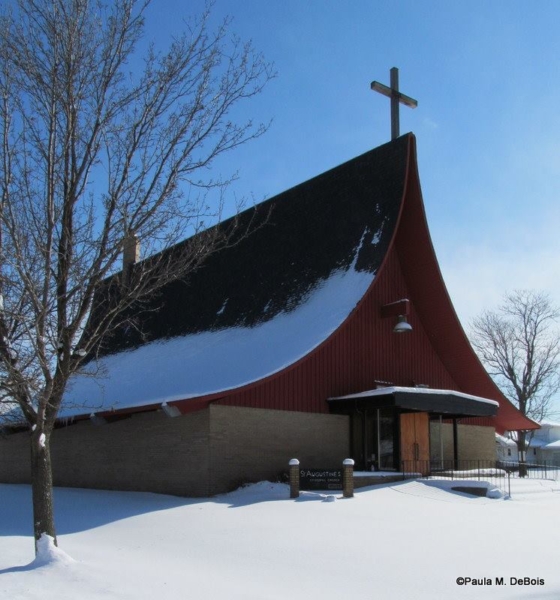 Standiford “Stan” Cox, who passed away in February 2019, joined Eli Lilly and Co. in 1957 as its first Black chemist and was a generous advocate for the preservation of African American heritage sites. During his lifetime, he established two funds with the Central Indiana Community Foundation (CICF), one in his name and one to honor his parents.

Indiana Landmarks’ African American Landmarks Committee serves as a preservation advisor to both funds, recommending projects. In 2020, the fund awarded $135,000 to 15 projects:

Embracing Hope of Howard County, Inc., Kokomo: $10,000 for rehabilitation of the 1919 Douglass School.

Historic Eleutherian College, Inc., Lancaster: $3,000 to help develop visitor displays, publications, and a video showcasing the history and upper stories of the 1855 building.

Four of the grants aided projects supported by Indiana Landmarks:

$10,000 to repair the roof and chimneys of the National Register-listed 1959 St. Augustine’s Episcopal Church in Gary.

“Through this partnership with Indiana Landmarks, CICF is able to fulfill the legacy of Stan Cox and his commitment to preserve and honor the African American history and contributions made throughout our communities,” said Tamara Winfrey-Harris, vice president of community leadership and effective philanthropy at CICF.

In 2016, Cox gave a $100,000 gift through his CICF fund for the restoration of Rush County’s Beech Church, an Indiana Landmarks “10 Most Endangered” site that stands as the sole remaining structure associated with Indiana’s oldest free black settlement.

“Stan Cox has left an incredible legacy to the people of Indiana,” said Mark Dollase, vice president of preservation services at Indiana Landmarks. “We are honored to work with the Central Indiana Community Foundation in a partnership that will aid in the restoration of important African American landmarks for years to come.”

People who want to suggest a property that might qualify for grants from the funds should contact Indiana Landmarks with recommendations by April 1, 2021 at coxfunds@indianalandmarks.org.

Drawing on the expertise of its African American Landmarks Committee, Indiana Landmarks will make initial recommendations to CICF in late May. Sites will be assessed based on criteria including architectural and/or historical significance, opportunities for redevelopment, threat of demolition, and significance to Indiana’s African American heritage. Applicants must be a non-profit organization with active 501(c)3 status.

Born in Brazil, Ind., Cox was an Indiana University graduate who worked for 32 years for Eli Lilly and Co., beginning as a chemist and holding a variety of positions during his career. A member of Phi Beta Kappa, the nation’s most prestigious academic society, he also earned a master’s degree from Butler University. An advocate for academic biochemical research, he endowed the Standiford H. Cox Professorship in Biochemistry at Indiana University in Bloomington.