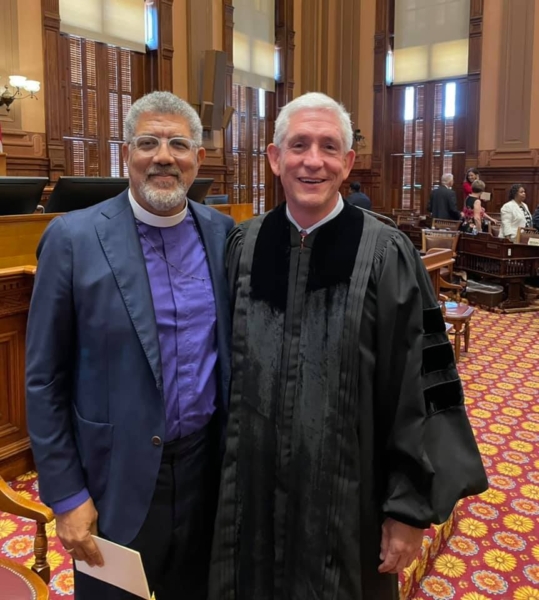 In the July 2 episode of For People, Episcopal Bishop Rob Wright talks with Georgia Supreme Court Chief Justice David E. Nahmias about his public service and his faith calling to help troubled youth.

In this fourth episode of For People’s special series featuring Episcopalians and other people of faith who serve in the fields of Justice & Public Service, Chief Justice Nahmias shares his faith story, the lines he draws between his service and faith, and his personal calling to serve young people by doing what is necessary to ensure their future.

For People subscribers have access to all episodes, including this special series with public figures discussing how they align their professional lives with their faith. Prior episodes of the series include Nahmias’ fellow Episcopalians Georgia Governor Brian Kemp, Georgia Senator Kim Jackson and Georgia Representative Mary Margaret Oliver.

The weekly episodes of For People expand on Bishop Wright’s For Faith written devotional, in which he draws inspiration from the life of Jesus to answer 21st-century questions about the challenges of today’s ever-changing world at the crossroads of faith and life. Since the For People podcast debuted on March 26, 2020, its 60 episodes have received more than 66,500 downloads.

Bishop Wright is spiritual leader of the Episcopal Diocese of Atlanta consisting of more than 50,000 members in 117 worshipping communities throughout middle and north Georgia.