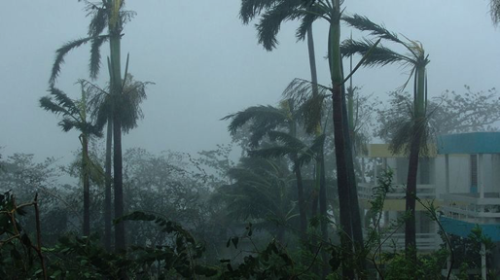 “These islands are among the most highly impacted by Hurricane Irma,” said Abagail Nelson, Episcopal Relief & Development’s senior vice president of programs. “We’re very concerned about the most vulnerable people, especially the older population and families with small children.”

The island of Puerto Rico avoided a direct hit from Irma. However, thousands are still without power, and this may continue in the weeks and months ahead, particularly in more remote areas. Culebra and Vieques, located off the east coast of Puerto Rico, were the hardest hit; the governor of Puerto Rico has declared both islands as disaster areas. Roughly 30 to 35 homes were badly damaged and destroyed in Culebra, which has an estimated population of 1,800. Many families live in wooden or partially wooden homes, which left them most vulnerable to the powerful winds and rains of the storm. Power systems, as well as cell and internet services, are down. Most of the population remains without running water and with limited food supplies.

Throughout the Caribbean and Florida, millions are also without power, with flooded streets and homes, roads and farmland destroyed. Some areas of Georgia remain without power. In Florida, residents are slowly returning to their homes after mandatory evacuation orders were lifted in many areas. Several Irma-impacted Episcopal dioceses are contacting clergy and members through AlertMedia, a text-based platform, and through telephone calls.

Rivers continue to rise in some parts of Florida which means that assessments have been postponed until the affected dioceses throughout the state are out of danger. Church partners are monitoring the situation locally.

“Right now, dioceses in the impacted areas are assessing as best they can safely,” said Katie Mears, director of the U.S. Disaster Program. “Many of the leaders in the most impacted communities evacuated to other states, which means that assessments will take time as bridges open and they can travel back home. We continue to be in touch with all U.S. dioceses in Irma’s path, convening a daily call with prayer and information sharing between dioceses. Some churches are sheltering and others have already begun feeding ministries.”

In Haiti, extensive damage to roads, homes and agriculture threatens the island’s economy as damage is being assessed there as well as in the Dominican Republic and the U.S. Virgin Islands. So far, at least 68 deaths have been reported in the Caribbean and Florida.

“We are just in the beginning of the Atlantic hurricane season, and the impact of Hurricanes Irma and Harvey has been staggering,” noted Nelson. “The consequences of changing climates are something we shouldn’t underestimate, and this causes us to look at future storms in much different ways with respect to disaster preparedness, relief and recovery.”

Contributions to Episcopal Relief & Development’s Hurricane Relief Fund will help support church and other local partners as they provide critical emergency assistance to those most in need in the weeks and months ahead.

For the most recent bulletin inserts and other Hurricane Irma resources, visit episcopalrelief.org/irma.