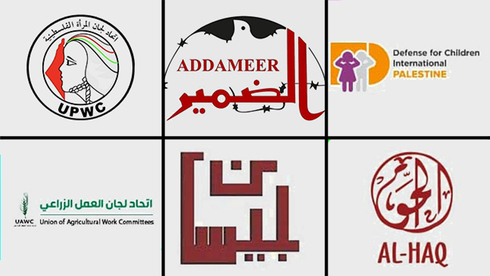 The labeling of six Palestinian human rights NGOs as “terrorist” organizations by the Israel Defense Ministry has raised concerns.

Over several years members of EPF PIN have benefited from and relied on the integrity of these groups’ reporting, esteemed the accuracy and balance of their information, and met with officials of several of them in their offices in Palestine. We support their work with complete confidence and will continue to do so.

Defense for Children International-Palestine has also worked closely with members of Congress to advance legislation such as HR 2590, the “Defending the Human Rights of Palestinian Children and Families Living Under Israeli Military Occupation Act”, which TEC supported in an EPPN Action Alert earlier this year.
The Defense Ministry’s fear-mongering use of the “terror” epithet is cynical, dangerous, and unsubstantiated. This use of lawfare, “a tactic used by repressive regimes to label and discourage civil society or individuals from claiming their legal rights via national or international legal systems”, is sadly typical of an Israeli government whose actions frequently violate international law, occur in the dark of closed judicial proceedings, and are enforced at the point of a gun. Such actions affirm once again the discriminatory and separatist character of Israel’s government policies toward Palestinian people. Palestinian analyst Yara Hawari writes here of the way this designation fits the longstanding pattern of Israel’s criminalization of dissent.
EPF PIN urges members of The Episcopal Church to raise awareness of this ominous move in their parishes and church offices, and to contact their elected government officials to ensure that legislation against human rights abuses is upheld while applying pressure to the government of Israel to rescind this designation.