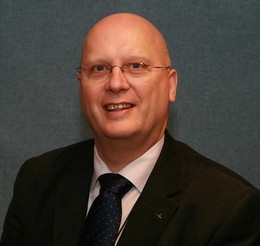 [Lambeth Palace] The Archbishop of Canterbury, Justin Welby, is delighted to announce the appointment of Canon David Porter as Director for Reconciliation at Lambeth Palace.

David Porter will work part time on the Archbishop’s personal staff, seconded by Coventry Cathedral where he remains Canon Director for Reconciliation Ministry – bringing first-hand knowledge of the Cathedral’s eminent and longstanding reconciliation work to Lambeth Palace and the wider Church.

The focus of Canon David Porter’s role will be to enable the Church to make a powerful contribution to transforming the often violent conflicts which overshadow the lives of so many people in the world. His initial focus will be on supporting creative ways for renewing conversations and relationships around deeply held differences within the Church of England and the Anglican Communion.

David Porter brings extensive front-line experience in the area of reconciliation having served on the Northern Ireland Civic Forum, chairing its working group on peacebuilding and reconciliation, as well serving as a member of the Northern Ireland Community Relations Council. Since September 2008 David has been the Canon Director for Reconciliation Ministry at Coventry Cathedral, England. An experienced community relations activist, peacebuilding practitioner and community theologian he has thirty years experience in regional, national and international faith based organisations.

“How we live with our deepest differences both within the Church and our increasingly fractured world, is one of the major challenges to the credibility of Christianity as good news.”

“It is a privilege to be asked to take on this responsibility for Archbishop Justin and I look forward to working with him in serving the Church in making reconciliation and peacebuilding a theological and practical priority in its life and witness.”

“I am delighted to welcome Canon David Porter, Canon for Reconciliation at Coventry, who will join my personal staff part time as the Archbishop of Canterbury’s Director for Reconciliation. David brings a wealth of experience in reconciliation and peacebuilding from his work in Northern Ireland and through the Community of the Cross of Nails in Coventry. Conflict is an ever present reality both in the Church and wider society. Christians have been at the centre of reconciliation throughout history. We may not have always handled our own conflicts wisely, but it is essential that we work towards demonstrating ways of reducing destructive conflict in our world – and also to setting an example of how to manage conflict within the Church.”

David is Canon Director for Reconciliation Ministry at Coventry Cathedral. Previously he was co-founder and Director of ECONI (Evangelical Contribution on Northern Ireland). An experienced community relations activist, peace building practitioner and community theologian, David is honorary Research Fellow in Peace Studies at Coventry University. In 2006 he was Visiting Practitioner Fellow at the Centre for Reconciliation, Duke University Divinity School.

From 2007 until 2011 David was a member of the Northern Ireland Community Relations Council and a trustee of Warwickshire based peace building charity, CORD. In 2007 he was appointed by the British government to the independent Consultative Group on the Past. Chaired by Lord Eames their report to government in 2009 set out proposals for how to deal with the legacy of the troubles in Northern Ireland. In 2000/03, David served on the Northern Ireland Civic Forum, chairing its working group on peace building and reconciliation. He is an honours graduate in Theology from the London School of Theology, with a Masters in Peace Studies from the University of Ulster.

Coventry Cathedral is one of the world’s oldest religious-based centres for reconciliation. Following the destruction of the Cathedral in 1940, Provost Howard made a commitment not to revenge, but to forgiveness and reconciliation with those responsible.

Using a national radio broadcast from the cathedral ruins on Christmas Day 1940 he declared that when the war was over he would work with those who had been enemies ‘to build a kinder, more Christ-child-like world.’

It was this moral and prophetic vision which led to Coventry Cathedral’s development as a world Centre for Reconciliation, which over the years has provided inspiration and support to many Christians addressing ongoing conflict in contemporary society. A major part of this ministry was the establishment of the Community of the Cross of Nails, which today is an international network of over 170 CCN Partners in 35 countries committed to a shared ministry of reconciliation.

The Cathedral’s work for reconciliation has involved it in some of the world’s most difficult and longstanding areas of conflict. Building on this experience we are committed to develop our ministry as a centre for excellence to resource the church in the practical outworking of reconciliation as an integral part of Christian worship, witness and discipleship