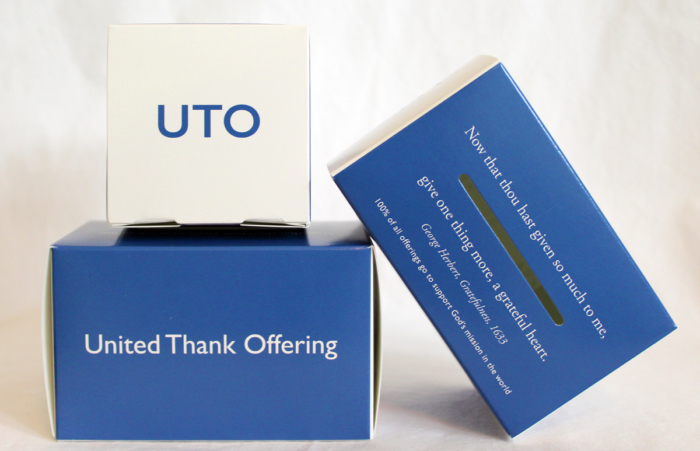 For decades United Thank Offering blue boxes have collected coins of thanks.

[Episcopal News Service] Since its beginnings, United Thank Offering has invited Episcopalians to give thanks for their blessings. In recent years, that effort has expanded, through studying what gratitude is and finding ways of inviting those outside as well as inside The Episcopal Church to make showing gratitude an everyday practice.

While UTO has been talking about gratitude since the 19th century, its board was surprised to learn the church had never undertaken a scholarly look at gratitude, the Rev. Heather Melton, UTO staff officer, told Episcopal News Service, so they hosted a Scholars Conference online in the early days of the pandemic in 2020, with conference presentations reprinted in the summer 2021 edition of the Anglican Theological Review.

Gratitude in a changing world

Practicing gratitude can be “a truly transformative thing,” UTO Board President Sherri Dietrich told ENS, since it helps people focus on what they have instead of what they might be lacking. “It just makes your life happier,” she said, and that can have an impact on others. “I really believe gratitude is one of those things that changes a circle of the world around you and can spread from there.”

Melton, in an earlier conversation with ENS, called practicing gratitude “a healthy and important practice” and added that gratitude is sorely needed today. “We live in a time where people feel disconnected. Gratitude is one way to notice not only the thing someone is doing for you but also the connection we have with that person. Gratitude is a reminder that we need each other, from the person who makes your coffee to your best friend.”

Recognizing that the pandemic has changed patterns of church attendance, Melton said UTO is exploring new ways of sharing its message beyond parish walls to reach Episcopalians and non-Episcopalians alike.

This year UTO has offered webinars on topics exploring gratitude from a variety of perspectives – LGBTQ+ people, Lakota and other Indigenous peoples – and a webinar exploring interfaith expressions of gratitude is planned for 2023. A pilot project seeks to better explore the movement from gratitude to generosity in giving.

More recently, the UTO created a “November Gratitude Challenge” with a daily guide on ways to practice thankful living. In Lent, it offers “40 Days of Gratitude,” a vacation Bible school curriculum centered on gratitude is in development, and a podcast also is in the works. A variety of gratitude resources geared toward children also are available.

They’ve also added a Christmas program that allows people to make a contribution in honor of someone, with a special card the donor can send noting the gift in their honor.

And reflecting the changing ways people give to churches and other organizations, UTO now accepts contributions online and by text, and it is redeveloping an existing app to make giving to UTO, and learning about its programs, easier. 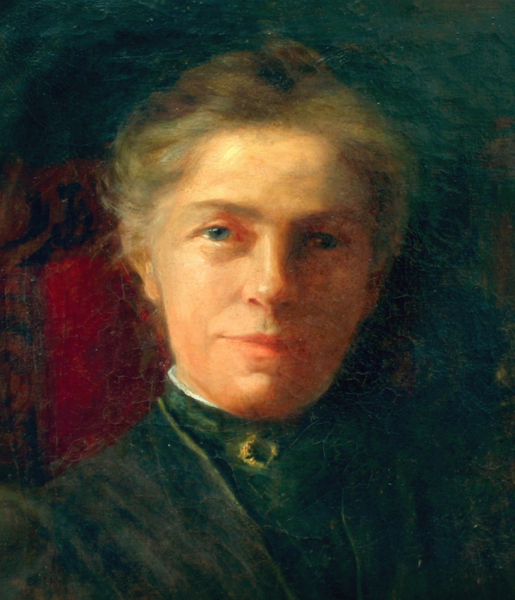 Julia Chestier Emery led The Episcopal Church’s Women’s Auxiliary during the creation and expansion of the United Thank Offering. She also supported women missionaries and women who served as deaconesses.

In 1883, the Women’s Auxiliary — which provided an organized way for women who were excluded from membership on official church boards to serve the church — took up a small collection that funded much of the missionary outreach of The Episcopal Church of that time, as documented by “A Brief History of the United Thank Offering.”

That financial collection was named the “United Offering” in 1889 as a way for women to give thanks for their blessings and support missionaries whose work wasn’t part of the church’s official budget. Collecting money followed a decade of women shipping boxes of supplies to missionaries, many of them women, serving around the world.

They later added the word “Thank,” and rather than pack and ship boxes of supplies to missionaries, UTO adopted mite boxes, soon known simply as the Blue Box, to gather coins of gratitude to support mission projects.

UTO operated under the umbrella of the Women’s Auxiliary and later the Episcopal Church Women until a resolution at the ECW Triennial Meeting in 1967 proposed that it become a program for all Episcopalians, something formalized by an Executive Council resolution in 1969. Today, the UTO board reports to Executive Council, and staff members are part of the office of the presiding bishop.

Since its founding, UTO has awarded 5,406 grants totaling more than $142 million. 2023 grants will focus on projects that seek to address the incarceration crisis, as part of a three-year cycle supporting ministries that welcome the stranger and serve those whom society has marginalized.

In 2022, UTO granted awards totaling $1,051,154 to fund mission projects aimed a caring for God’s creation and protecting vulnerable populations who suffer the worst impacts of pollution and climate change.

Through all the changes the church has seen since the first United Offering in 1889, Melton said the idea of giving grants for transformational mission work hasn’t. “Throughout the history of the United Thank Offering, there was no emphasis on a measure of success, because everything was supposed to be innovative. There was always the sense of trying something new or showing up in new ways, doing new things.”