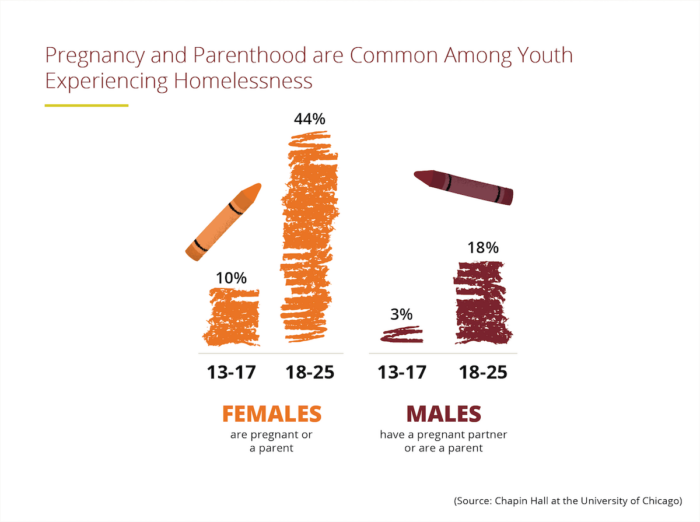 [Episcopal News Service] Two churches with deep roots in Cheyenne, Wyoming, one Episcopal and the other Disciples of Christ, have joined together with three non-profit organizations to build a house for homeless teenage mothers.

St. Mark’s Episcopal Church has pledged to help the Unaccompanied Students Initiative acquire the land for the home and is applying for a grant from the Diocese of Wyoming’s foundation to help fund the purchase.

The effort is the latest in a multi-year partnership with USI that the Rev. Rick Veit, St. Mark’s rector, says has brought the organization close to $200,000 in awarded grants from the diocesan foundation, St. Mark’s and other groups, as well as countless volunteer hours and direct financial donations from parishioners.

Such relationships, he added, mean that the parish and its members can give their time, talent and treasure to already existing programs, rather than think the congregation needs to start something from scratch. For instance, three St. Mark’s members serve on USI’s board. They include Senior Warden Corey Rutledge as vice president and Beth Lance, who is also diocesan chancellor, as secretary, Shawn Taylor, a St. Mark’s member, is the third. 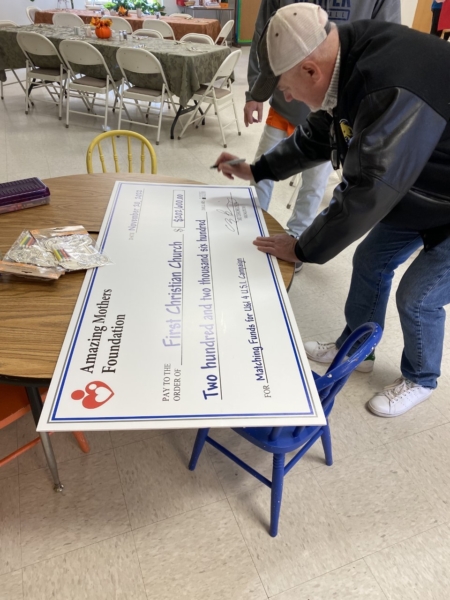 Corey Boreing, one of the founders of the Amazing Mothers Foundation, signs a symbolic check to match the $202,600 First Christian Church of Cheyenne will raise to build a home for homeless teenage mothers. St. Mark’s Episcopal Church, another partner in the project for the Unaccompanied Students Initiative, has pledged to help buy the land for the house. Photo: Courtesy of Unaccompanied Students Initiative

The house for teenage mothers is the next logical project for the parish because “the homeless crisis has always been part of St. Mark’s outreach,” Rutledge explained.

Veit said awareness of the city’s homeless teen population is not universal in Cheyenne, the state’s capital. “We’re the biggest town in Wyoming but we’re 60,000 people and we have like 300 teenagers who are homeless,” he said. “They’re here but most people would never even know.”

That’s because many of those teens find a way to cope, Veit and Rutledge said. If they have a job, sometimes they stealthily sleep at their workplace. If they have a car, they sleep there. Sometimes friends let them sleep in their cars. They shower in schools’ locker rooms, and they get much of their food from school meal programs.

The idea of a home to house homeless teenage mothers and their children existed long before representatives of First Christian Church contacted Austin Rodemaker, USI’s executive director. They were interviewing non-profit organizations to find a way to commemorate their upcoming 100th anniversary in 2026 with a major fundraising campaign for a community organization. Rodemaker’s plan sparked interest and this past June the church pledged to raise $202,600 over the next three years.

Then, the Amazing Mothers Foundation of Cheyenne, whose mission is to help struggling mothers, learned about the effort and pledged to match the church’s fundraising. Corey Boreing, one of the founders, on Nov. 20 signed a symbolic check made out to First Christian Church for the $202,600. Pastor Aerii Smith announced during the ceremony that the congregation already has pledges of nearly $107,000. 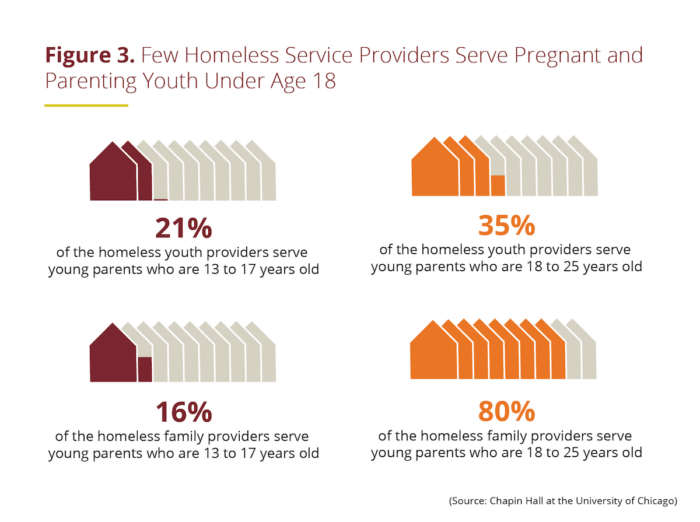 Rodemaker told ENS that the State of Wyoming estimates 1,700 students identify themselves as homeless at some point during the school year. The Cheyenne school district typically knows of three female students who are pregnant and homeless in any given year, he said. Four teenage mothers will be able to live in the house.

“Within this already vulnerable demographic, [they are] the most vulnerable,” Rodemaker told the people gathered at First Christian Church last month.

Nationally, 10% of girls aged 13-17 experiencing homelessness are pregnant or are parents, according to work by Chapin Hall, a children, family and community research center at the University of Chicago. That percentage jumps to 44% in the 18-25 age group.

USI defines an unaccompanied homeless youth as a person who is not in the physical custody of a parent or guardian and who lacks a fixed, regular, and adequate nighttime residence. USI has a house for homeless students ages 16-20 in Cheyenne but, Rodemaker said he knew pregnant teens or teen mothers with children aren’t a good fit for that home. USI also rents space in Casper for a shelter and is building its own house there. It also plans a third in Laramie

Rutledge supports the group’s work because it aims to intervene in the lives of young mothers at a point where the cycle of homelessness stands a chance of being broken. USI, she said, provides not just a shelter but a program that teaches participants life skills, such as budgeting, household chores, meal planning, resume writing, budgeting, goal setting and achievement, and how to advocate for themselves, while they complete high school. The teenage mothers would get all those services plus ones pertinent to motherhood.

Rutledge said St. Mark, which will mark its 150th anniversary next year, is called to love God, love their neighbors – all eight billion of them around the world – and themselves.

“Our mission at St. Mark’s is to be a church that is outwardly reaching; that shows the community the way of Christ’s love,” Rutledge said.