[Episcopal News Service] As the Episcopal Diocese of South Carolina works with its counterpart in the Anglican Church in North America, or ACNA, to facilitate court-ordered transfers of church properties, one of those properties will remain in ACNA’s hands despite the state Supreme Court ruling in the Episcopal diocese’s favor.

That is because Episcopal leaders have agreed to sell St. Matthew’s Episcopal Church in Fort Motte to the ACNA congregation rather than take possession of the church there, citing the difficulty of relaunching an Episcopal congregation in the church after a 10-year absence.

Bishop Ruth Woodliff-Stanley, in an Oct. 29 message to the Episcopal diocese, said she and the standing committee made the decision to sell St. Matthew’s “after prayerful consideration, onsite visits and in-depth conversations with many to whom St. Matthew’s, Fort Motte, is particularly dear.” 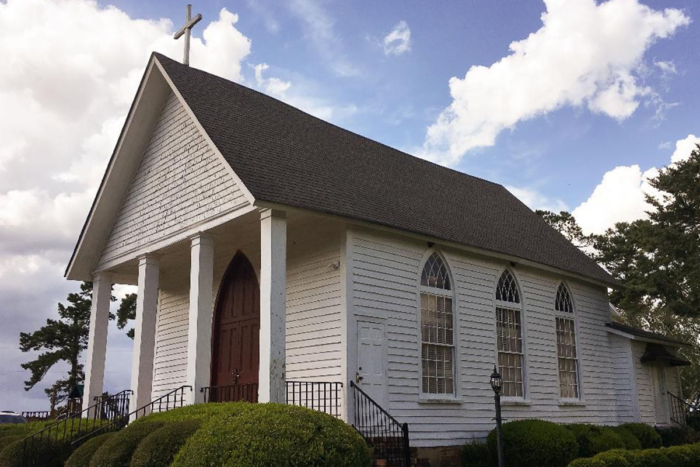 “St. Matthew’s, located in rural Calhoun County, has historically been a very small congregation. Today, the number of people who would hope to have an Episcopal presence is extremely small,” Woodliff-Stanley said. ”While St. Matthew’s was an Episcopal Church until 10 years ago – and while it is true that the South Carolina Supreme Court decided this property should be returned to the Episcopal Diocese of South Carolina – we recognize that, without a seed congregation ready to reopen as an Episcopal church, the displacement of the ACNA congregation would undermine the healing we seek to foster in this particular community.”

The Diocese of South Carolina, one of the state’s two Episcopal dioceses, is based in Charleston and counts about 7,500 members in 33 congregations across the southeast half of the state, including the Atlantic coastline. It was one of the original nine dioceses when The Episcopal Church was founded in 1785.

The ACNA diocese was founded by former Episcopal leaders who left the church in 2012 over theological and doctrinal differences, particularly related to the ordination of gay and lesbian clergy and blessings and marriage rites for same-sex couples.

The state Supreme Court, after initially siding with the Episcopal diocese in a 2017 decision, issued a contradictor ruling in April 2022 when it ordered only 14 church properties occupied by ACNA congregations should be returned to the Episcopal diocese. ACNA was allowed to keep 15 other church properties. The court said it based its decision on a variety of factors, including whether the 29 ACNA parishes in question had created an “irrevocable trust in favor of the National Church and its diocese.” It concluded that 14 had done so and 15 hadn’t.

Although the ACNA diocese did not contest that ruling, some of its congregations did, and as a result, the Supreme Court issued a revised ruling that allowed ACNA congregations to remain at all but eight properties.

Episcopal congregations returned to resume worshiping at St. John’s in July, St. David’s in August and Christ Episcopal in September. On Oct. 30, the Episcopal congregation in Hartsville held its first worship service at St. Bartholomew’s since 2012. A similar transfer is expected to be completed soon at St. James.

ACNA also has returned the Holy Trinity property to the Episcopal diocese, though Episcopal leaders are “still in discernment about the best path forward with this property,” Director of Communications Molly Hamilton told Episcopal News Service. The ACNA congregation at Good Shepherd has asked for a rehearing on the Supreme Court’s decision, delaying that property’s transfer.

The Episcopal diocese has filed its own petition seeking a rehearing on two other churches occupied by ACNA congregations, Old St. Andrew’s Episcopal Church in Charleston and Church of the Holy Cross in Stateburg.

As negotiations continue at the parish level, Woodliff-Stanley announced on Sept. 27 that her diocese and the ACNA diocese had reached a settlement to resolve all the dioceses’ outstanding legal issues from the court case.

“I remain hopeful that we can bring remaining parish issues to full resolution and move into a new season of ministry as two distinct dioceses working alongside each other in the same communities for the sake of the gospel,” she said.

Woodliff-Stanley is expected to talk about her vision for the diocese’s future at its upcoming convention, on Nov. 18 and 19. She alluded broadly to that vision in her Oct. 29 announcement of the sale of St. Matthew’s to the ACNA congregation. The diocese has not publicly identified the price the ACNA congregation agreed to pay for the property.

“Our choice to allow the ACNA congregation at St. Matthew’s to buy this property provides us with resources that may be used to plant a new church that, in time and God willing, can bring strength and gifts to the benefit of the Episcopalians resident in that area and in the entire diocese,” Woodliff-Stanley said. “This was not an easy decision, but it is one that provides the best opportunity for the health and future of our diocese, while hopefully allowing for healing across our differences on a path to reconciliation.”