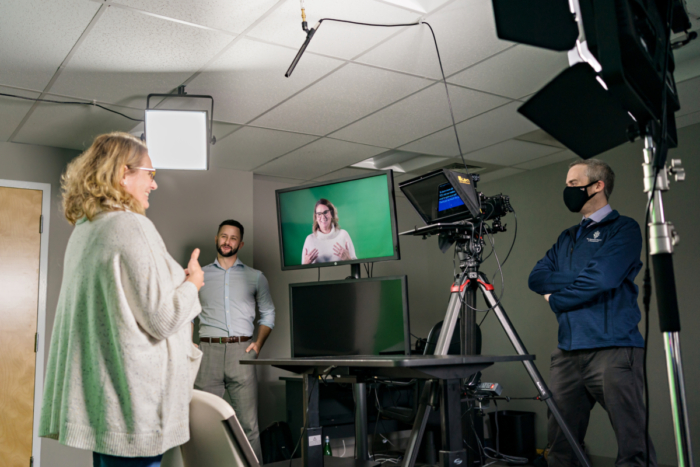 [Episcopal News Service] A Diocese of Pennsylvania program that helped congregations ramp up their use of technology early in the pandemic now has transitioned into a new phase focused on expanding and fine-tuning their technological capacity.

The diocese started the Digital Disciples program in July 2020 to help churches that were still struggling with the transition to online worship. At that point, about 80 out of the diocese’s 134 churches were livestreaming, said Jen Tucker, the diocese’s canon for communications. After the diocese put out a survey to parishes, “it became apparent that there was an ongoing need for technology help and help with social media.”

Recognizing that many small parishes didn’t have even the basics required for livestreaming, the diocese assembled a team of tech-savvy people – primarily college students and recent college graduates – to help, recruiting through parishes and advertising on social media. Initially, there were 10 digital disciples, who were paid $20 an hour, and parishes could submit requests for help. Some of that work was as basic as installing Wi-Fi routers in churches.

“We have many old churches, but we had a church where the walls were so thick that we couldn’t get a Wi-Fi signal into the church,” Tucker told Episcopal News Service. “That was a big part of what the digital disciples were doing, working with the telecom companies and figuring out, how do we get Wi-Fi in the space?”

“A lot of sanctuaries, which is where most people want to be streaming, don’t exactly have infrastructure ready” for streaming, said Ethan Berlenbach, one of the digital disciples. Berlenbach was hired in the summer of 2020. He had just finished a semester of college and was looking for something to do. He heard about the opportunity through his father, a priest. 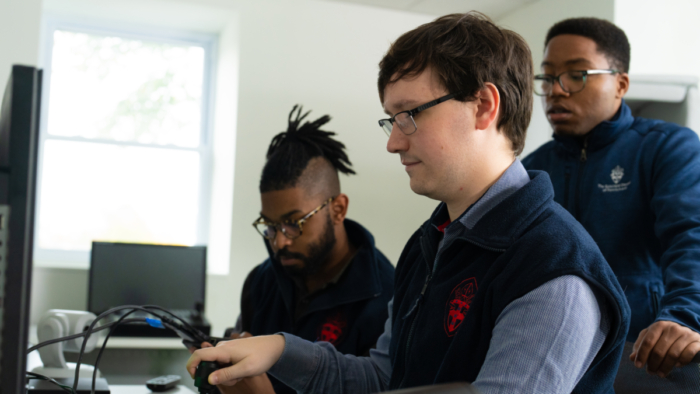 Information technology “has always kind of been my thing and that’s how it came about. They just needed anyone to help get service to people because of social distancing,” said Berlenbach, who recently started working in IT at Episcopal Community Services in Philadelphia.

Berlenbach estimates that in approximately two years as a digital disciple, he worked with 35 parishes – some for many months as they got up to speed. He and the other digital disciples provided 102 hours of support in 2020, according to the diocese.

In 2021, the diocese awarded grants of up to $2,500 per church for audio-visual equipment. Those grants have helped churches buy state-of-the-art new systems or replace ones that were decades old, Tucker said. With that has come the ability for more advanced, higher-quality livestreaming – something beyond, say, an iPhone on a tripod connected to Facebook Live. This year, the diocese is offering a second round of grants. With many parishes now set up with the equipment they need, the diocese has four digital disciples, focusing primarily on helping parishes build on the systems they already have.

“Now that that most of our churches have received those grants, and we’re now going into our second grants, a lot of the craziness – I don’t want to say is over, but a lot of our requests are about fine-tuning things,” Tucker told ENS. “Initially, everyone was scurrying to get services online, and that was the push – like, ‘I need to get something out there.’ What we’re seeing now is people who want a higher quality of stream, but also engagement.”

Having a Facebook or YouTube account is a good start, she said, but it has to be used in the right way, with specific goals in mind, she said, and the newer cohort of digital disciples will focus partly on finessing social media.

“It’s not enough to just put your service online. You have to know how to engage the audience,” Tucker told ENS. “It’s less about the technology right now. It’s about digital marketing. If you’ve got a presence online, great. … Let’s work on making sure those people keep coming back and give money and are involved in some way. That’s kind of the shift that I’m seeing.”

In one sense, the goal of the digital disciples is for parishes to not need their help anymore. Tucker said she’s pleased to see parishes becoming self-reliant as parishioners learn the systems.

“We have churches that are getting their own digital disciples, so to speak, where they’re now finding someone in their pews – which is what we really want – that they see this as a ministry, … and we’re training those people on what they need to do.”

To that end, the digital disciples have produced a series of training videos on everything from sound mixing to social media analytics. A studio at diocesan headquarters has all the equipment one might need for recording or livestreaming, and Tucker has been seeing more people take advantage of it.

Though the work sometimes takes a long time to pay off, the program is supporting parishes in work that they otherwise couldn’t do on their own, Berlenbach said. It’s also helped him personally, as he learned skills from the other digital disciples that he didn’t have before.

“The Diocese of Pennsylvania has done a really important, a really good thing,” he said.