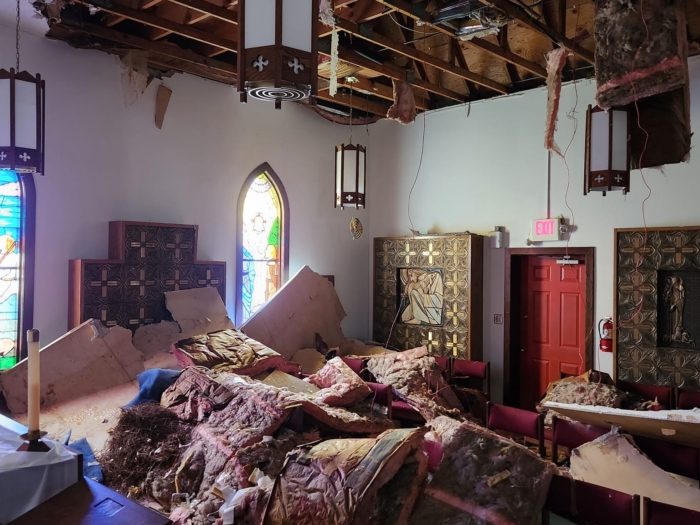 [Episcopal News Service] Nearly a week after Hurricane Ian became one of the most powerful storms ever to hit Florida, the extent of the damage is becoming clearer, with communities across the southeastern United States affected to varying degrees and catastrophic destruction concentrated in the coastal area around Fort Myers. Episcopalians from the Diocese of Southwest Florida and beyond are banding together to begin the long process of recovery, starting with meeting the immediate needs of people whose homes were destroyed or rendered uninhabitable.

Internet and phone service outages, impassable roads, gas shortages and curfews have made it difficult or impossible for some parishes to figure out how their buildings and parishioners fared. A few – including St. Michael and All Angels Episcopal Church on Sanibel Island – have been using Facebook to share updates on who has been confirmed safe and who has not. Five days after the storm hit, the Rev. Bill Van Oss, rector, and his wife Sue, the parish communications director, were still trying to track down a few parishioners to make sure they were safe.

The Van Osses and other parish leaders have been calling parishioners to keep track of who is safely off the island – which lost part of the causeway linking it to the mainland – and who was being rescued by helicopter. The urgency of finding their parishioners far overshadowed the status of their building, but an aerial survey brought welcome good news: Unlike many buildings on the island, the church appeared essentially intact, though surrounded by floodwaters.

In a message to the parish, Bill Van Oss said he was working with the vestry to secure an off-island space for gathering and worship in the meantime.

Other churches suffered significant damage but were able to reopen and begin repairs with the help of volunteers, such as the Episcopal Church of the Good Shepherd on the mainland in Punta Gorda. The roof and ceiling over the chapel were damaged, leaving a mess of insulation and plaster inside, though its Tiffany stained glass window was intact, along with the main nave and the school.

“Some of our parishioners experienced some damage to their homes but thanks to God, no loss of life,” parish Finance Director Ashley Workman told Episcopal News Service. “We will get through this as long as we have each other. When it rains it pours, but the good thing is that it can’t rain all the time.”

Volunteers from three other parishes in the diocese came to Good Shepherd to help clean up the chapel on Oct. 1, and Sunday services were held as usual the next day.

St. John’s Episcopal Church in Naples was flooded with storm surge that reached as high as four feet, destroying books and Sunday school materials, and leaving silt on the floors.

But repair efforts were soon underway, and Sunday services were held outdoors on Oct. 2.

Churches that sustained minimal damage have been offering their spaces for those in need. St. Mark’s Episcopal Church on Marco Island has become a distribution center for relief supplies, in addition to its normal food pantry service.

St. Monica’s Episcopal Church in Naples has offered its space on Sunday afternoons other churches to gather for worship and has prepared and distributed several hundred meals through the Feed Thy Neighbor program.

All Angels by the Sea Episcopal Church on Longboat Key was spared by Ian, though the surrounding area was not. At the town clerk’s request, it has become a comfort center, offering electricity, air conditioning, internet service, food and water, staffed by volunteer parishioners. On Oct. 3, nearly 20 people came in to charge devices, use the internet or just take a cool rest. They even set up outdoor speakers – purchased during the COVID-19 pandemic to hold services outside – and played relaxing music for the utility workers doing repairs. 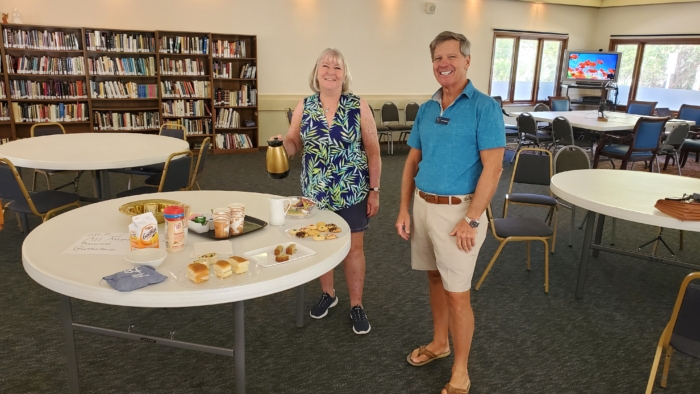 “God is very efficient and uses all sorts of opportunities for us to show our love of God and our neighbors,” the Rev. Dave Marshall, rector, told ENS.

Hurricane Ian, which made landfall on Sept. 28 as a Category 4 storm, has claimed at least 100 lives. Before it struck southwest Florida, it hit Cuba, which continues its recovery.

San Andres Church in Mayagüez is serving as a help center in the western region.