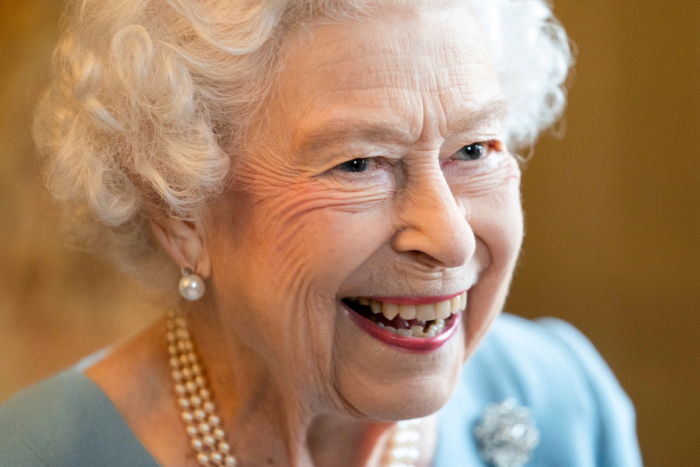 Britain’s Queen Elizabeth II passed away on Sept. 8 at the age of 96. This photo was taken on Feb. 5, 2002, during a reception held at Sandringham House which was the Queen’s Norfolk residence, where representatives from local community groups gathered to celebrate the start of the Platinum Jubilee, in Sandringham, Britain. Photos: Joe Giddens/REUTERS

[Episcopal News Service] Queen Elizabeth II, head of the British monarchy for 70 years who also served as supreme governor of the Church of England, has died at 96, Buckingham Palace announced on Sept. 8.

“The Queen died peacefully at Balmoral this afternoon,” the royal family said in its statement. Her health had been declining this year, though earlier this week she was well enough to meet with the United Kingdom’s new prime minister, Liz Truss, at the royal summer retreat in Balmoral, Scotland, on Sept. 6. Two days later, members of the royal family traveled to Balmoral to be at her side when she died.

The Queen died peacefully at Balmoral this afternoon.

The King and The Queen Consort will remain at Balmoral this evening and will return to London tomorrow. pic.twitter.com/VfxpXro22W

After news of her death, Presiding Bishop Michael Curry released a statement of condolence.

“Today we mourn the passing and celebrate the life and legacy of Queen Elizabeth II. My prayers for peace go out for her, for her loved ones, and for all those who knew and loved her throughout the world,” Curry said. “Her resilience, her dignity, and her model of quiet faith and piety have been—and will continue to be—an example for so many. May she rest in peace and rise in glory.”

Today we mourn the passing and celebrate the life and legacy of #QueenElizabeth II. My prayers for peace go out for her, for her loved ones, and for all those who knew and loved her throughout the world.

Archbishop of Canterbury Justin Welby also released a statement. “It is with profound sadness that I join the nation, the Commonwealth and the world in mourning the death of Her Late Majesty The Queen. My prayers are with the king and the royal family. May God draw near them and comfort them in the days, weeks and months ahead.”

“We join with Anglicans around the world in praying for Her Majesty Queen Elizabeth II and her family,” the statement said while noting the Queen’s connection with countries around the world that are part of the British Commonwealth and served by provinces of the Anglican Communion. “We pray for God’s presence to strengthen and support the queen, the royal family, and those who are caring for her majesty.”

Praying for the new King and the rest of the Royal Family https://t.co/kKMb26C6O3

Although the monarchy has an official role in the Church of England and the Church of Scotland, it is not directly tied to the Anglican Communion’s other 40 independent provinces, including The Episcopal Church.