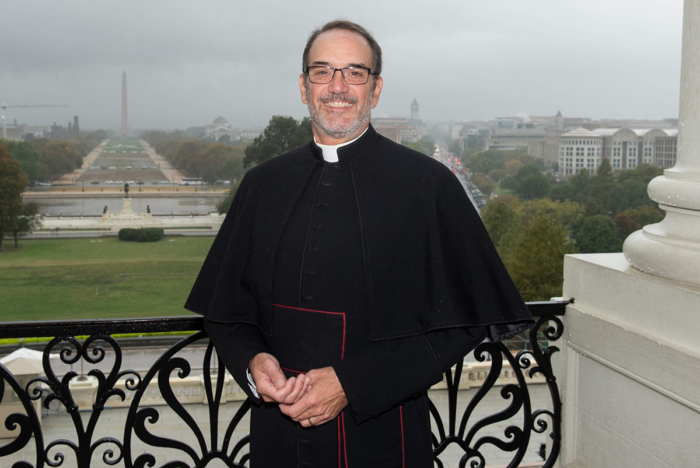 The bishop-elect was chosen by clergy and lay leaders representing each of the congregations of the diocese during the electing synod on Dec. 11. A majority of votes in both orders is needed for an election. He was elected after the 2nd round of ballots with 60% of clergy votes and 64% of lay votes.

Burgess currently serves as the 13th rector of Christ Church in Woodbury, New Jersey, and dean of the three-county Woodbury Convocation of parishes and missions. Canonically resident in the Diocese of New Jersey since 2005, Burgess has held various leadership roles, including serving on the diocesan council and the diocesan standing committee.

Prior to being called as rector of Christ Church, Burgess served as rector of Saint John’s in Brooksville, Florida, and associate priest and chaplain to the Parish Day School at Saint Luke’s in Baton Rouge, Louisiana. He received his bachelor of science degree in music from Ball State University in Muncie, Indiana, and his master of divinity from the University of the South in Sewanee, Tennessee. He is married to his college sweetheart, Denise Lee, and they have two children, Robert and Catherine.

“When we started this process nearly two years ago, we couldn’t possibly know what would be in store for the world, the church, and this election. What we did know is that we were searching for one who would be a witness with us to the Resurrection of Jesus Christ and praying ‘Lord, you know everyone’s heart. Show us who you have chosen to take the place in this ministry and apostleship.’ By God’s grace at work in this season of discernment and by the movement of the Holy Spirit amongst the clergy and people of the Diocese of Springfield, I believe that we have that one in Fr. Burgess,” said the Rev. Benjamin D. Hankinson, president of the standing committee.

The consecration of the bishop-elect is scheduled to take place on May 21, 2022, in Springfield, with Presiding Bishop Michael Curry to act as chief consecrator, pending a successful consent process.

The next bishop will succeed Bishop Daniel Hayden Martins, who was elected in 2011 and retired June 30, 2021. Since his retirement, the standing committee serves as the ecclesiastical authority of the diocese with the ministry of the Rt. Rev. Paul Lambert serving as assisting bishop until the consecration of the 12th bishop.

The Episcopal Diocese of Springfield, established in 1877, is comprised of 33 congregations and nearly 4,000 members across central and southern Illinois.