[Religion News Service] Retired Newark Bishop John Shelby Spong, a bestselling author and cleric known for his progressive theology and his support of LGBTQ+ clergy in The Episcopal Church, has died. He was 90.

“It is with great sadness that we announce the death of the Rt. Rev. John Shelby Spong. He died peacefully in his sleep on Sunday morning,” St. Paul’s Episcopal Church in Richmond, Virginia, where Spong had once been pastor, announced on Sept. 12 in an email to the congregation. 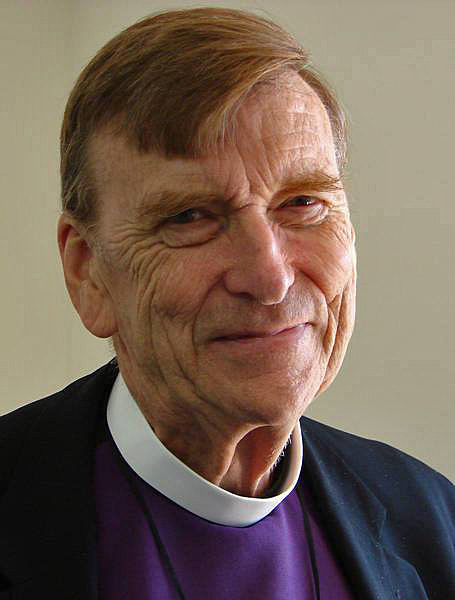 Spong made headlines as the bishop of the Diocese of Newark, where he served for more than two decades and in 1989 ordained the first openly gay male priest in the Episcopal Church. He would later go on to ordain about three dozen LBGTQ+ clergy in the diocese by the time he retired, Religion News Service reported in 2013.

He also championed women clergy, making sure that any church in his diocese that was searching for a new priest interviewed at least one woman candidate, said Bishop Bonnie Perry of the Diocese of Michigan. That put him lightyears ahead of leaders in the Episcopal Church, said Perry, who was ordained as a priest by Spong in 1990.

“He was part of a pivot to this idea that we are not your grandfather’s Episcopal Church,” she said. “He drew a line in the sand about that.”

Spong was born in Charlotte, North Carolina, in 1931 and attended fundamentalist churches as a child. After his father died when Spong was 12, he found a mentor in an Episcopal priest named Robert Crandall, under whose influence he attended Virginia Theological Seminary, graduating in 1955. He served Episcopal churches in North Carolina and Virginia until being named head of the Newark diocese in 1979.

Perry recalled Spong as a “wonderful, amazing Southern gentleman” who used his position and privilege for the benefit of others and believed in both inclusion and fairness.

“We worship a man who was all about including — the son of God who was really clear about being incarnate in this world and including everybody,” said Perry. “If we are trying to construct denominations that are about excluding people, we are screwed.”

An author of more than a dozen books, Spong had a knack for communicating complex theology to lay readers, said Kelly Hughes, president of DeChant-Hughes & Associates public relations and a longtime book publicist specializing in religious thought.

Hughes worked with Spong on a number of books, starting with “Living in Sin: A Bishop Rethinks Human Sexuality,” Spong’s breakout book in the late 1990s, and “The Sins of Scripture,” which earned a blurb from cable television host Bill O’Reilly.

On book tours, Spong would draw crowds of hundreds of people, said Hughes, many of them LGBTQ+ Christians and seekers or their parents. 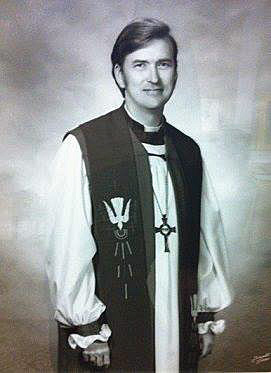 Bishop John Shelby Spong is seen in an undated photo.

A pastor at heart, Spong would spend time talking with people at those book events and making them feel seen and welcomed, said Hughes. He also connected with readers who were Christian but “did not want to check their brain at the door,” as Spong often put it.

“They felt able to remain in the church because of him,” said Hughes.

Spong’s liberal views on theology were met with anger and dismissal by critics, who saw him as preaching something different from Christianity — which was seen as a betrayal of his role as a bishop charged with defending the faith.

He was part of a movement of writers who felt the Christian faith needed to adapt to a changing world in order to have a viable future and who often rejected miracles or other spiritual parts of the Bible.

“We’re space-age people,” he told RNS in 2013. “All I’m saying is that the world the Christian church was born in is not the world we live in, and if you confine it to the world it was born in, Christianity will die, because that world is dying.”

While some of his views about the roles of women and LGBTQ+ people in the church have become mainstream in some Protestant denominations, his theology has not.

He did see himself as a Christian — even if others saw him as a heretic.

Spong’s more than two decades as bishop coincided with a prolonged period of decline in The Episcopal Church. Conservatives criticized the kind of liberal theology promoted by Spong, who denied Christian doctrines like the virgin birth or the resurrection of Jesus.

Author Diana Butler Bass said the denomination’s decline was more likely the result of factors such as declining birthrates and distrust of organized religion, pointing out that the losses in attendance affected all mainline Protestant churches and other predominantly white denominations such as the Southern Baptist Convention.

Bass said that things might be worse in The Episcopal Church if it were not for Spong.

“Jack spoke powerfully to a generation of people who came of age in the 1960s, 1970s and 1980s. And his work led many of those people back to church,” she said.

Besides his criticism of conservative Christianity, Bass said, Spong should also be remembered as a church leader who championed the idea of accepting all people.

“One of the things that Jack always did is he was constantly trying to make religious institutions accept people who were unacceptable,” she said. “And even when people talk about him rejecting conventional or traditional doctrine, what he was really trying to do was to get people to accept a different future. He was looking ahead and saying that the way we tell the stories probably won’t work as we move into the future.”

In a 2013 interview with Religion News Service, Spong spoke about his own spirituality and beliefs, which he said had grown deeper as he aged.

“The older I get, the more deeply I believe but the fewer beliefs I have,” he said, citing an adage once relayed to him by an older bishop. “And I think that’s probably where I am. I have a sort of mystical awareness (of God) that’s indescribable, but I can’t avoid it. When I’m asked to define God I’m almost wordless.”

Spong is survived by his wife Christine and three daughters. Funeral arrangements are pending.