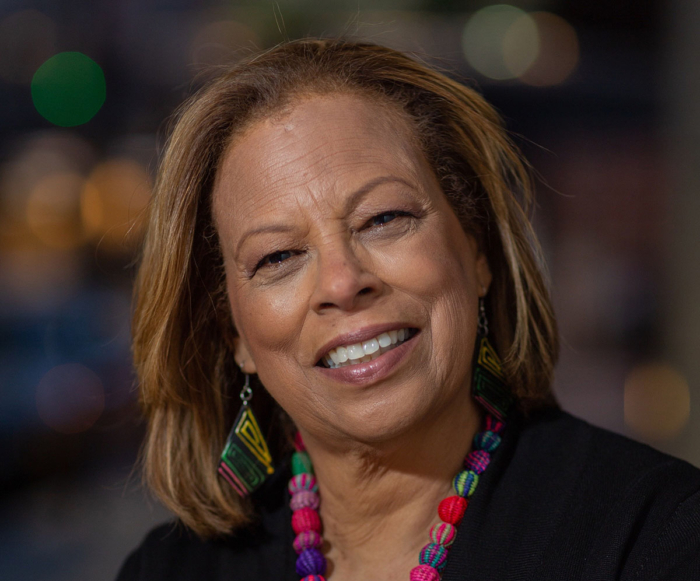 [Episcopal News Service] The unique blessings, joys, frustrations, challenges and realities faced by the first five African American women diocesan bishops in The Episcopal Church are explored in candid conversations in “This Band of Sisterhood: Black Women Bishops on Race, Faith, and the Church,” compiled and edited by Westina Matthews.

Matthews, an adjunct professor at the General Theological Seminary’s Center for Christian Spirituality, wrote in an August 1984 New York Times op-ed article of her own sense of loneliness as “the first, the only, or one of the few” Blacks in her academic and professional settings, a feeling she began having as early as age 4 when she was enrolled in a newly desegregated school. 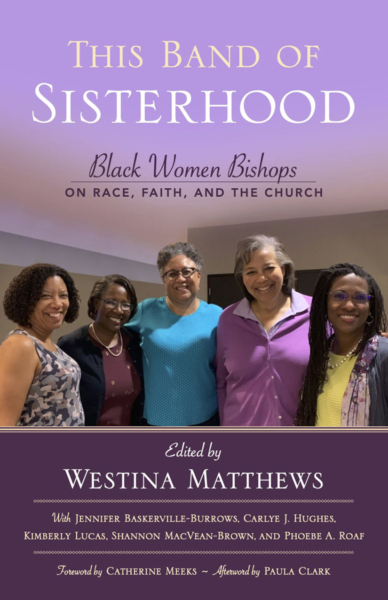 Membership in this “exclusive club” continued throughout a 40-year career in leadership positions as an educator, researcher, grant-maker, public servant and author. Matthews is committed to education, particularly for women and people of color, and she holds bachelor’s, master’s and doctorate degrees in the field. She was the first woman and first person of color to be elected a trustee of the Merrill Lynch Foundation, where she grew the company’s annual charitable giving from $5 million to $35 million.

“Blacks who have worked hard, played by the rules and attained prominent positions,” enjoy this exclusive membership, but “even in the 1980s we are considered anomalies,” she wrote back then in the Times. “We are continually scrutinized and, yes, asked for explanations,” as if to have firsthand knowledge about the motives of other African Americans whose actions are less than perfect.

From a long line of African Methodist Episcopal ministers, including her father, uncle and grandfather, Matthews exhibited leadership qualities early on, running for president of her Yellow Springs, Ohio, third-grade class — and losing by one vote. She hadn’t voted for herself, an early but enduring life lesson.

Matthews became an Episcopalian about 15 years ago. She has served on the Trinity Church Wall Street vestry; written three books and numerous articles; and as an adjunct professor for a decade, has taught and supervised prospective spiritual directors at GTS.

The rest of ENS’ interview with Matthews has been condensed and edited into the Q&A below.

ENS: Your experiences run the gamut — preacher’s daughter, teacher, grant-maker, vice president of the Jackie Robinson Foundation, author, spiritual teacher. How do you describe yourself?

Matthews: First and always, I am a PK — a preacher’s kid, a child of God, and I’ve been faithful and spent my life living into the call. This has taken me down many different paths. It looks eclectic, but there is a divine plan: to love, to serve, to teach, to write, and that’s the call and that’s what I do, and to stay open to paths I might not have considered.

ENS: Is that how “This Band of Sisterhood” came about?

Matthews: Yes. Bishop Phoebe Roaf and I were attending a Gathering of Leaders meeting in Colorado, and we were waiting for ground transportation to the retreat center. At first, I didn’t understand she was a bishop. She told me that Black women clergy really wanted to get the five Black women diocesan bishops together in a conference. I thought it sounded like a book. She asked the other bishops if they would consider it, and they all said yes, and then we started.

ENS: This band of sisterhood — the women included in the book — are very different, from different places, had different careers and training: a lawyer, interior designer, human resources professional, architectural preservationist. What did you discover about them while working on this book?

Matthews: I had thought about one-on-one interviews, but they wanted to do the book together. They looked forward to being with one another. I realized it was a gift to them, as well, that they could come together and share what they were thinking, feeling, experiencing. At the end of each of our meetings, I would ask one of them to pray spontaneously. Bishop Carlye very graciously prayed and talked about this band of sisterhood. She was so grateful to be with women who get it, who she didn’t have to explain things to, during one of the craziest times of her life. I knew when I heard it, that was the title.

Curiously, the very first thing they wanted to talk about was growing up Black in the church. Some grew up in a Black church, some did not, but they shared their formational journey early in their lives.

ENS: How do they view their elections, in most cases, to predominantly white dioceses?

Matthews: It’s not bishop talk. They started right in, talking about being Black women. You can’t untangle it, being a Black woman in the church. They’re prayer warriors, struggling with being leaders. They talked about their concerns and family demands and managing their own self-care during this challenging time — with the pandemic and racial unrest and the election.

ENS: What are some of those challenges?

Matthews: They talk about healing the church and community and having fierce conversations. Bishop Shannon’s brother was arrested in the middle of all of this. He was arrested because he was a Black man, walking where he wasn’t supposed to be. I wondered if we should include it in the book and she said, “Yes, tell it. It happened.”

Bishop Kym is in an interracial marriage, and she talks about raising biracial children and how she’s helping them understand their responsibility to the Black community.

It’s a great book because it’s their voices, them talking about when we say, “We are the church,” who’s “we”? And who’s at the table and how do we get more people at the table? How are we a place for everyone?

ENS: What were their similarities?

Matthews: I don’t think any of them thought, initially, that they’d be a priest. Other people saw that in them. But they all shared leadership qualities, early on. Several talked about having no role models, no Black women priests. A couple were very honest about how, when they got to college, they decided they were giving up religion and almost walked away from it all.

They talked about their experiences of being in seminary and as new priests. Bishop Shannon was tall and pregnant in seminary and the one other Black woman was short and not pregnant, but everyone kept getting them mixed up. She experienced a lot of racism in seminary, which surprised her. She started praying for whatever church some of those people would be going to. Those experiences are real.

ENS: What else would you like our readers to know?

Matthews: Bishop Jennifer said she wondered if there would be seven now (since the book was conceived, two other African American women have been elected diocesan bishops: Chicago Bishop-elect Paula Clark and Pittsburgh Bishop-elect Ketlen Solak) if it had not been for Presiding Bishop Michael Curry.

The book is dedicated to Bishop Suffragan Barbara Harris, the first woman and first African American woman elected a bishop in The Episcopal Church (and the Anglican Communion). And let’s not forget Bishop Gayle Harris, who succeeded her and who, for 13 years, was all we had. She and Barbara Harris (who passed away in March 2020) are the foremothers that started this band of sisterhood.

– The Rev. Pat McCaughan is a priest in the Diocese of Los Angeles and an ENS correspondent.