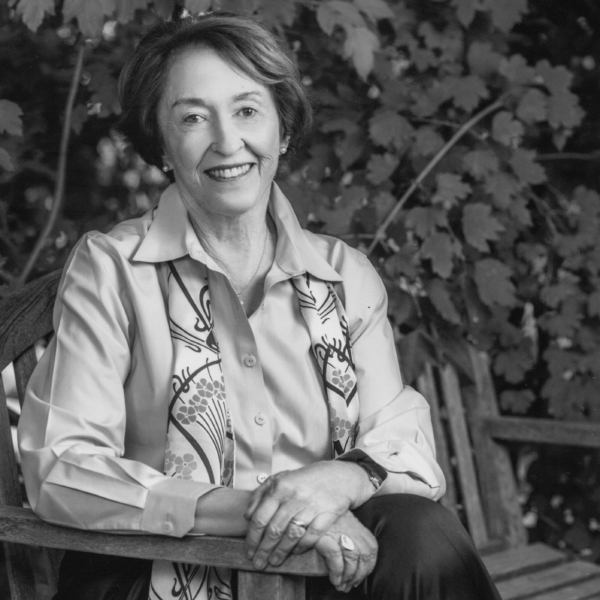 The Rt. Rev. Carolyn Tanner Irish served as bishop of Utah from 1996 to 2010. Photo: Courtesy of the family

[Episcopal News Service] The Rt. Rev. Carolyn Tanner Irish, 81, the retired 10th bishop of Utah, died on June 29 in her home in Salt Lake City, after struggling with a long-term illness. Her passing was peaceful, and her four adult children were beside her in her final days.

Irish was born April 14, 1940, in Salt Lake City, the daughter of Obert Clark Tanner and Grace Adams Tanner. She was the fourth of six children. In her youth, she was active in programs in The Church of Jesus Christ of Latter-day Saints and public schools. Her childhood home in the town of Millcreek, Utah, had many fruit trees and animals, and she tended to them with great care, in particular her beloved horse, Cinnamon. The family spent many summers with her mother’s family in the small town of Parowan, Utah. There she heard many stories of her pioneering ancestors and family shenanigans and experienced a simpler way of life. While idyllic in many ways, Irish’s childhood was also marked by tragedy and loss. She was hospitalized as a toddler in Palo Alto, California, with polio, which took the life of her oldest brother Dean, 10. She lost two other brothers later — Gordon, 17, and Stevie, 6 — to automobile accidents. She later drew on her deep experience of loss to console others.

Irish’s view of the world opened up at a young age. As a teenager, she was one of four students in the United States selected to study in New Zealand in the American Field Service Exchange, returning with the new nickname “Cally.” She graduated as valedictorian of her 1958 class at Olympus High School and matriculated at Stanford University. In August 1960 she married Leon Eugene Irish of Ann Arbor, Michigan, in a simple Baha’i ceremony in her Salt Lake City home. In 1962 she received a Bachelor of Arts degree in philosophy from the University of Michigan. After her husband completed his law degree at the University of Michigan in 1964, they moved to England to pursue postgraduate degrees at Linacre College, Oxford. In 1968, Carolyn received a Master of Letters degree in philosophy from the University of Oxford. The time spent at Oxford was a particularly happy and productive period in her life; in later years she returned often to maintain her connection to the university town that she often described as her favorite place.

After England, Irish moved to Washington, D.C., where her husband practiced law. She established a beautiful home where she raised their four children: Stephen, Jessica, Thomas and Emily. She taught ethics, history and literature at Edmund Burke School. She attended Quaker meetings for a short time before she discovered The Episcopal Church. She often described her conversion to the Episcopal tradition as one guided by the beauty of the liturgy in the Book of Common Prayer. From her passionate study of the Christian Gospel, she heard the quiet message one Sunday, “You can do this.” Throughout her life she was captivated by Jesus and was a devoted student of Christian theology.

Upon the dissolution of her first marriage, she returned to Washington, D.C., resuming her work at the Shalem Institute for Spiritual Formation, providing spiritual direction, and establishing the Cathedral Center for Prayer and Pilgrimage at Washington National Cathedral. She was always deeply invested in interfaith dialogue as well as fostering a more ecological stewardship approach as part of spiritual practice. Toward this end, she created the parish curriculum, “Love Thy Neighbor: Parish Resources for Faithfulness in Creation.”

In 1996 Irish was elected bishop of the Diocese of Utah, becoming only the fourth woman to be elected a bishop in The Episcopal Church. She served as bishop of Utah until 2010. Irish had a deep love for the landscape and the people of Utah. She loved to travel throughout the state to gain a deeper understanding of the various congregations and tribes.

In her tenure as bishop, she prioritized financial transparency and stewardship of the 22 churches in her diocese as part of the Jubilee Project. She was a vocal advocate for immigrants, LGBTQ+ inclusion, interfaith dialog and reverence for the natural world. She often noted, “Jesus always drew the circle bigger.” Irish sought help for alcohol abuse and achieved sobriety living out many of her best years. She was humble and honest about her struggle and overcame a deep reluctance to speak about it publicly so that she might help others. In 2001 she married the Rev. Frederick Quinn, a historian and retired foreign service officer.

Irish loved birds of all kinds and was particularly taken by the elegant beauty of the blue heron. Like her father, she understood the importance of beauty as a human value.

After her father Obert Tanner’s death in 1993, she succeeded him as chair of the board of the O.C. Tanner company. She took great joy in her role in the company and in her association with its people. She served as a trustee of the Tanner Lectures on Human Values from the time of its foundation in 1978, and of the Tanner Charitable Trust. She continued his commitment to charitable giving and good corporate citizenship.

Throughout her life, she touched many with her generosity. For her, giving was an expression of gratitude for life’s blessings. Irish was a wise and deeply thoughtful leader, friend and mother. She was a private person, yet always tended to the needs of others. People often shared how they valued her friendship and trusted her counsel.

A memorial service for Irish will be held July 6 at 3 p.m. MDT at St. Mark’s Cathedral in Salt Lake City. Former Presiding Bishop Katharine Jefferts Schori will celebrate. In-person attendance will require proof of COVID-19 vaccination or a worn mask. The service will also be livestreamed and recorded on St. Mark’s YouTube channel.

In lieu of flowers, the family asks that donations be made to the Utah Food Pantry.

Read about Irish’s life in The Salt Lake Tribune here.