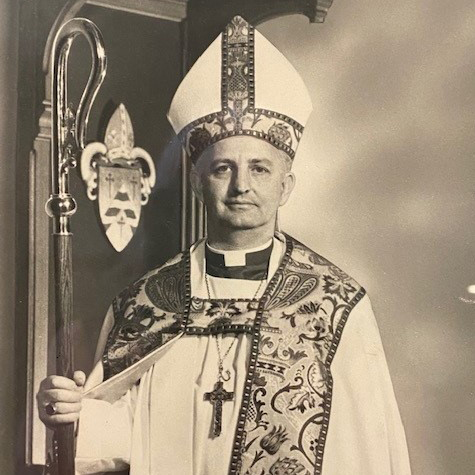 [Diocese of Long Island] The Rt. Rev. Robert Campbell Witcher, former bishop of Long Island, died on June 14 at age 94. Witcher became the bishop diocesan of Long Island in 1977 after serving as bishop coadjutor from the time of his consecration and ordination in 1975. He was bishop for 14, years, retiring in 1991.

His family held a private funeral on June 18 in Baton Rouge, Louisiana.

“Bishop Witcher was a kind, gentle, holy man of God,” said the Rt. Rev. Lawrence Provenzano, current
bishop of Long Island. “He faced the challenges of his time with much dignity and grace. He provided a steadfast form of pastoral leadership and shepherded the diocese through some of the most difficult times in its history. We offer our prayers to his family and especially his wife, Alice.

“We thank them for the years of unselfish service to the clergy and people of Long Island. They will be remembered in our prayers and in the midst of our liturgies this coming week.”

The diocese will hold a memorial service for Witcher at the Cathedral of the Incarnation in Garden City in the coming weeks. Information will be sent out as soon as plans are finalized.

Witcher was elected bishop coadjutor of the Diocese of Long Island on Nov. 18, 1974. He was consecrated April 7, 1976, and became sixth bishop of Long Island in 1977, succeeding Bishop Jonathan Goodhue Sherman.

Witcher was especially concerned with the diocesan Commission on Ministry and the need to minister to retired clergy. He expanded social outreach through health care and affordable housing, led the Nehemiah interfaith housing ministry in Brooklyn and created an office of ministry for the aging. He was instrumental in the founding of parishes for Caribbean, Latino and Asian immigrants.

In 1988, Witcher participated in efforts to free Western hostages in Lebanon. He contacted Iranian officials after five Kurds from Iran were sent to the diocese’s St. John’s Episcopal Hospital for treatment from Iraqi gas attacks.

Although personally opposed to the ordination of women, Witcher strategically handed over the ordination process to Bishop Orris Walker, who had been elected coadjutor in 1987.  The Rev. Noreen Mooney, one of the first three women ordained a priest in Long Island said she hoped Witcher is remembered “…for the very statesman-like and gracious way in which he moved the diocese forward without reneging on his own vision of things.”

Witcher was a member of the Episcopal Church Council for the Development of Ministry and chaired its committee on canonical revisions in 1987 that emphasized the ministry of all baptized persons.

He also served as a trustee of the General Theological Seminary, the Church Pension Fund, and Seabury-Western Seminary.

In 1989, Witcher convened a diocesan conference on “economic justice through investments” and spoke about the theology behind a call for an economic justice program. That same year, he was appointed by the presiding bishop to serve as interim bishop for the armed forces.

Witcher was a Louisiana native. Born in 1926, he grew up in New Orleans, where his family were members of Grace Church. At 16, he entered Tulane University for a short period before enlisting in the Navy V-5 program, in which he served until the end of World War II. Sensing a call to ordained ministry, he returned to Tulane and on graduation spent three years at Seabury-Western Seminary in Illinois. He was ordained a deacon at Christ Church Cathedral, New Orleans, on July 6, 1952, and ordained priest in St. James, Baton Rouge, on June 1, 1953

As a priest in Louisiana, he established three rural parishes and in New Orleans served the cathedral as canon pastor. Next, he was called to be rector of St. James, Baton Rouge, but was able also to devote time to the diocese and the wider church. He was president of the Standing Committee and was a deputy to General Convention from 1964 to 1974. He also completed further graduate studies at Louisiana State University, earning a master’s degree in 1960 and a doctorate in history in 1968.

Witcher is survived by his wife, Alice; children, Elisabeth and Robert; and several grandchildren.