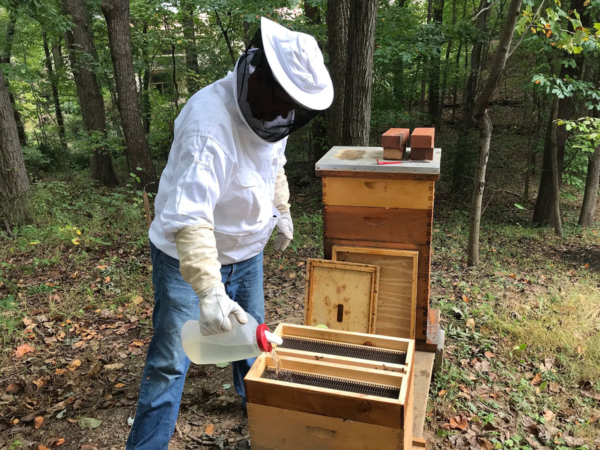 [Episcopal News Service] When Heather Zimmerman visited St. Luke’s Episcopal Church in Philadelphia, Pennsylvania, in 2019, she spotted vegetable boxes “wedged in between some cemetery stones,” she recently told Episcopal News Service. In them, the church’s property manager, Roberto Morales, was “gleefully growing tomatoes,” said Zimmerman, yet he bemoaned the churchyard’s lack of sun.

The observation prompted Zimmerman, who is the executive director of Awbury Arboretum, to invite the Rev. David Morris, St. Luke’s rector, and Morales to expand the church’s kitchen garden into one 35-square-foot plot and another half its size at Awbury Arboretum’s 16-acre community garden, which is less than two miles from the church. The harvested produce would go to the church’s food pantry and meal programs, which fed 9,000 people at the church in Philadelphia’s Germantown neighborhood in 2019. 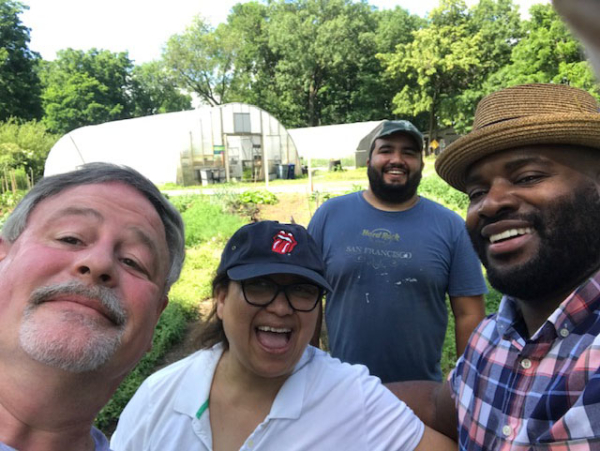 St. Luke’s first growing season at the arboretum was last year. Volunteers donned masks and stood far apart as they grew squash, potatoes, onions and other vegetables. “Incorporating another area like the one at Awbury, we realized we needed some guidance,” Morris said. So when they heard about The Episcopal Church’s Good News Gardens movement, they joined.

Good News Gardens, an initiative of the church’s Evangelism and Creation Care offices, launched last spring. It blends faith and agriculture and asks participants to plant, pray and proclaim, with the hope of feeding those in need while stewarding land and fostering community. Good News Gardens has gained enough traction that the church recently hired its first coordinator/agrarian evangelist to support a widening vision of how Episcopalians can connect and care for each other while tending the earth. 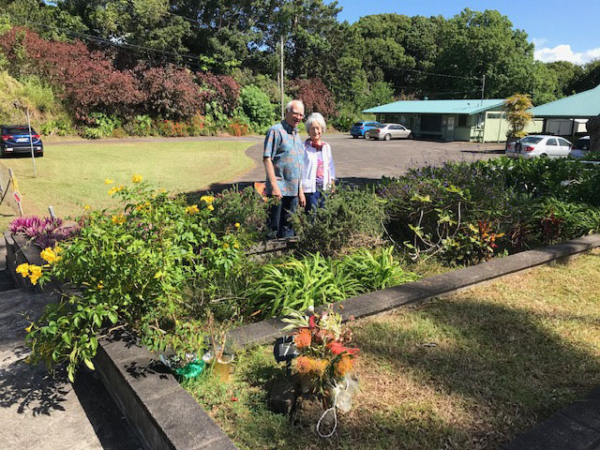 The Good News Gardens project began early in the pandemic, as the presiding bishop’s staff thought about how to respond to a crisis that nixed indoor meetings and gatherings. Jerusalem Greer, staff officer for evangelism, felt powerless, she said, to help those affected, and she worried about the food system’s resilience as the coronavirus spread.

Greer planted extra crops in her home garden in Arkansas, in the spirit of victory gardens, which she’d learned about as a college history major. The gardens became popular in England amid the country’s World War I food shortage. During World War II, the U.S. Department of Agriculture encouraged Americans to grow vegetables to prop up the food system, and “to make people feel like they were contributing,” said Greer. “And to give them something to do.” 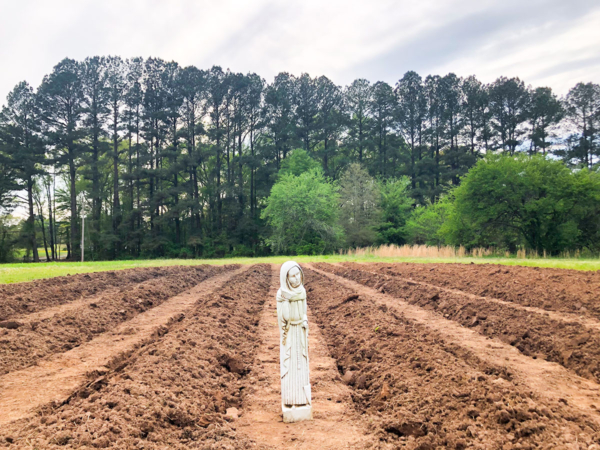 St. Fiacre watching over Jerusalem Greer’s garden in Arkansas. Greer is The Episcopal Church’s staff officer for evangelism and the creator of the Good News Gardens program. Photo courtesy of Jerusalem Greer

The moment felt ripe for a similar Episcopal movement, so Greer reached out to agrarian ministers, including the Rev. Nurya Love Parish of Plainsong Farm, who was launching a similar initiative in partnership with the dioceses of Eastern and Western Michigan. With positive feedback, the offices of Evangelism and Creation Care launched Good News Gardens. Participants grow more vegetables, fruits or herbs than they need so they can share the extra with friends or donate it to a local feeding program. Would-be gardeners are invited to plant for the first time, and all are asked to pray daily for creation and share stories of their gardens via social media and personal connections.

Greer, along with Associate for Creation Care and Justice Phoebe Chatfield, created the Agrarian Ministries Facebook group last April to support Good News Gardens; the page quickly became home to a loose network of Episcopalians engaged in gardening and agriculture at a time when quarantined Americans were gardening en masse, triggering a run on seeds and chicks. Food insecurity was also growing; 50 million Americans — up from 35 million Americans in 2019 — experienced food insecurity last year.

The Agrarian Ministries page steadily attracted members; today, more than 1,200 people share pictures, stories, articles and advice. Some participants garden from home, others cultivate church land and some are farmers. A few dioceses developed the program (Greer describes it as “very open-source”) with local structure, support and social media channels. As of mid-February, more than 240 people or groups had signed up for Good News Gardens 2021.

“Last year was kind of like our experiment,” Greer said. “One of the challenges was how fast it grew, to the extent that we brought Brian (Sellers-Petersen) on this year because of how much passion and excitement there is around this work, and the possibilities of what this work could be.” 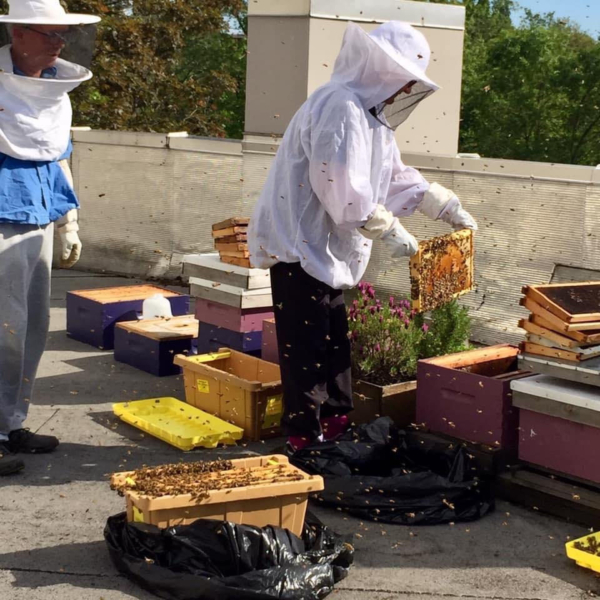 Brian Sellers-Petersen, the coordinator/agrarian evangelist, said that an expanded social media strategy is in the works and that his main hope for the movement’s second season is for people “to see ‘gardens’ as an inclusive word,” meaning all aspects of the food supply chain. Beekeeping, gardening for butterflies, raising chickens, growing herbs, composting and gleaning leftover food are all part of the movement. In light of last year’s seed run, he also hopes to create a Good News Gardens seed bank “so that we can share seeds between ourselves.”

Jennifer Blecha and the Rev. Kerri Meyer, farmer-scholar and farmer-priest respectively, also joined Good News Gardens last year. They moved to Hutchinson, Minnesota, from San Francisco, California, to start Good Courage Farm in 2019; their vision is to grow fruit and asparagus while cultivating a faith-based community from their land. 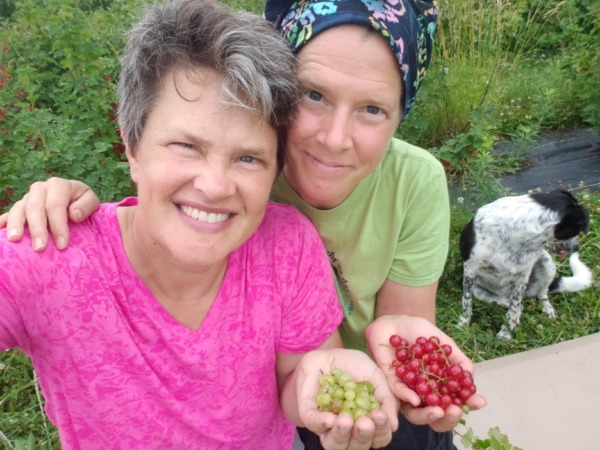 When the Agrarian Ministries page went live, “I thought, ‘Awww, that’s cute,’” Meyer said. As membership grew, she realized: “We’re a people. There’s a bunch of us out here.” From a handful of others in the faith-based gardening community, Meyer had earlier “sensed that there was some energy around this,” she said. “Things happened in those ministries, but it was really lonely work.”

Being part of Good News Gardens has mitigated that loneliness, and while one of the movement’s goals is to ease food insecurity, its biggest benefit last year, possibly, was boosting morale. “It’s done a good job of removing aloneness,” Greer said.

The Rev. Anna Woofenden, transition pastor at Zion Lutheran Church in Pittsfield, Massachusetts, and author of “This Is God’s Table,” is a member of the Diocese of Western Massachusetts Creation Care Leadership Circle. The diocese plans to strengthen its Good News Gardens structure and is collaborating with the Diocese of Massachusetts. Woofenden sees Good News Gardens as transformative not only for participants but for the church as well. When theological reflection or spiritual formation combines with hands-in-the-dirt community work, it changes people, Woofenden said. “It also changes what the church is, or how and who the church is.”

In a sense, Good News Gardens is effectively fueling the church’s evolution. Agrarian ministry is a public liturgy as the church works to change its culture, said the Rev. Melanie Mullen, director of reconciliation, justice and creation care. The more that work beyond the pews is considered part of the church, “the more we can do to revitalize the energy behind spreading the Gospel in all these different ways,” she said.

As Blecha and Meyer look to their third growing season, they’re sticking with Good News Gardens — and they have ideas. “One of the next keys for Good News Gardens is to bridge the gap between healthy produce and the people who need it most” with food kits similar to HelloFresh or Blue Apron, Blecha said. Churches could help to assemble them. The time needed to cook healthy food creates a barrier, she said; kits minimize that barrier. “We’re not a veggie farm, but if we were, that’s what I’d want to figure out,” she added.

However the details play out, Good News Gardens complements Good Courage Farm’s vision. Meyers called the mandate to plant, pray and proclaim a “beautiful distillation” of the Gospel. “You put this seed in the ground and you commit to tending it, but there’s a certain point at which you realize the growth of that seed is not by your power,” she said. “And so sometimes all you can do is pray once you’ve put that seed in the ground.”