[Episcopal News Service] The Diocese of New York held a celebratory virtual service on Feb. 20 as part of its ongoing commemoration of Absalom Jones, the first Black priest in The Episcopal Church, whose feast day is Feb. 13. The service featured performances of music and poetry and remarks from Vice President of the House of Deputies Byron Rushing and New York Bishop Andrew Dietsche.

The morning prayer service was organized by the diocese’s Absalom Jones Celebration Committee, which hosted a panel discussion on Feb. 10 about Jones’ role as an essential worker during the Philadelphia, Pennsylvania, yellow fever epidemic of 1793. The committee is also coordinating a mutual aid project in honor of Jones.

Watched live by hundreds of viewers, the Feb. 20 service virtually replicated the service that typically takes place at the Cathedral of St. John the Divine in New York City.

“This annual event is one of the most festive and glorious things we do each year in our diocese,” Dietsche said, “and particularly now, after this very profound year of entering into a new chapter of the Black Lives Matter movement and our ongoing struggle for justice and righteousness in our church and world, it is all the more important that we remember those who have come before us, whose courage and faith and whose fidelity to the Gospel forged new paths for African Americans in the church and in the world.”

Music brought a festive air to the service, with performances by the Diocesan Festival Choir; jazz musician Jay Hoggard; and Broadway actors Tina Fabrique, Larry Marshall and Michael James Leslie. For the canticle, Poet Gold – the former poet laureate of Dutchess County, New York – performed her poem “Common Ground,” with its repeated plea: “Do not abandon the idea of common ground.”

The multicultural fabric of the diocese was in display, with the prayers of the people offered in eight languages, and a confession of sin articulated by youth members of Grace Church/La Gracia in White Plains in their own words. 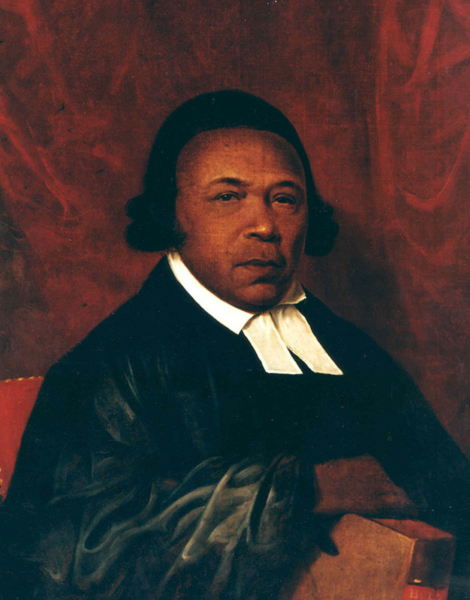 Portrait of Absalom Jones by Philadelphia artist Raphaelle Peale in 1810.

In his sermon, Rushing – an activist and historian who served in the Massachusetts House of Representatives from 1983 to 2018 – placed the story of Absalom Jones’ life in context, encouraging Episcopalians and Americans to include stories like his in the tapestry of American history. Too often, Rushing said, the stories of people of color and Indigenous people have been ignored or intentionally erased from accounts of the American story.

“When we lose our memory, we lose the ability to know both where and when we are,” Rushing said.

Jones’ life embodies the complexity of the African American experience. Born a slave in Delaware, Jones taught himself to read, purchased the freedom of his wife, Mary, and later purchased his own freedom. He became a lay minister at a Methodist Episcopal Church, where he helped establish the Free African Society to aid in emancipating slaves and caring for those in need. Refusing to worship in a segregated church building, Jones established his own church, the African Episcopal Church of St. Thomas in Philadelphia. At 56, he became the first Black Episcopal priest.

“We Episcopalians are privileged to have in our calendar Absalom Jones, a great Christian born into slavery that we can remember,” Rushing said. “This recognition is a gift to the church from Black Episcopalians who did not ignore the life of this founder of the first independent congregation of Africans in The Episcopal Church.” 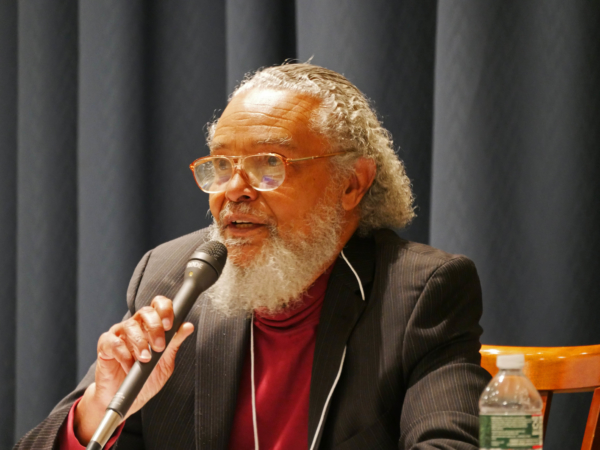 With a nod to recent debates about the way slavery and systemic racism have been presented in American history, Rushing said the celebration of Jones offers an opportunity to understand the full reality of race in America through a personal narrative.

“Our original story as Americans cannot be accurately told without telling the story of slavery,” he said. “We can learn about enslavement and emancipation and liberation not only in general academic terms, but in the actual lives and experiences of men and women, girls and boys of African descent – stories like this.”

The diocese’s mutual aid project honors Jones’ charitable work with the Free African Society, which included extraordinary efforts to care for the sick and dying during the 1793 yellow fever epidemic. Jones and others nursed the sick, removed corpses, dug graves and buried the dead. With the COVID-19 pandemic still raging, the diocese is encouraging congregations to work with local nonprofits to meet their specific needs, raising funds to buy supplies in bulk.

Such work does not undo the centuries of pain that people of color have experienced in America – Rushing noted that “it will not be until 2111 that people of African descent will have been free as long as they have been enslaved in the United States” – but it is the work that Christians are called to do, especially in the midst of the crises America faces, Rushing said.

“The resurrection did not erase the crucifixion,” he said. “The power of death was overcome, but it was not made like it never happened. God gives us good news because there is bad news.”