[Episcopal News Service] The U.S. Supreme Court on Feb. 22 declined to hear the Episcopal Diocese of Fort Worth’s appeal of a state court ruling, leaving more than $100 million of diocesan property in the hands of a breakaway group and potentially forcing six of the diocese’s congregations to vacate their buildings.

Fort Worth Provisional Bishop Scott Mayer acknowledged “disappointment” that the nation’s highest court let stand the Supreme Court of Texas’ May 2020 ruling against his diocese. Mayer met with clergy and lay leaders of the diocese by Zoom to discuss next steps now that the legal case is drawing to a close.

“I ask for your prayers and urge us all to stay focused on the saving gospel of Jesus Christ and on our mission and ministries in the days ahead,” Mayer said in a Feb. 22 written statement. He encouraged Episcopalians to focus on “the important goal of continuing our worship of God and our ministries in this diocese of the Church in as uninterrupted a manner as possible.”

The Episcopal Church partnered with the Diocese of Fort Worth throughout the litigation process. Presiding Bishop Michael Curry issued a statement on Feb. 22 expressing support for Episcopalians the in Fort Worth diocese.

“On behalf of your family who is The Episcopal Church, I want you to know that while we cannot know your pain and hardship, we stand with you in sorrow and disappointment,” Curry said. “You have been so constant and faithful in your witness to our Lord Jesus Christ and his way of love.” 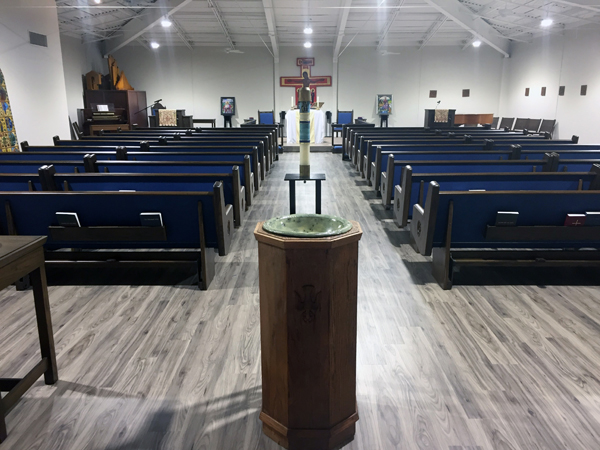 Episcopalians who worship at St. Stephen’s in Wichita Falls, Texas, are among those who may be forced to look for new worshipping spaces after the resolution of the court case over diocesan property. Photo: Episcopal Church of Wichita Falls

In 2008, a majority of clergy and lay leaders in the Diocese of Fort Worth voted to leave The Episcopal Church and join the Anglican Province of the Southern Cone over doctrinal differences on topics like same-sex marriage and the ordination of women. The breakaway group now is part of the Anglican Church in North America, or ACNA. The split resulted in two Fort Worth-based dioceses claiming the same name and pursuing dueling claims for church properties.

The diocese that is still affiliated with The Episcopal Church fought in court to retain possession of the disputed property. It lost in the trial court in 2015, but in 2018, a state Court of Appeals reversed the earlier decision and ruled in the diocese’s favor. That appellate ruling, however, was overturned by the Supreme Court of Texas two years later.

“When we began this litigation in 2009, we did so as heir and steward of the legacy of generations of faithful Episcopalians,” Mayer said on Feb. 22 after the U.S. Supreme Court declined to intervene. “In the wake of this decision we remain committed to preaching the Gospel as we celebrate the sacraments, care for those in need, and strive for justice and peace. Let us move forward together with grace and love, guided by the Holy Spirit.”

Mayer has served as Fort Worth’s provisional bishop since being elected in May 2015 at a special convention. He also serves as bishop of the Diocese of Northwest Texas. 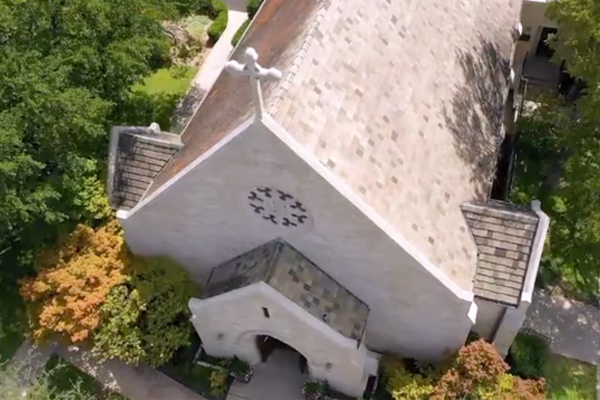 The Fort Worth diocese now has 15 congregations, including eight that chose to find new worshipping locations after the breakaway group claimed ownership of church buildings. One of those congregations began meeting in a theater. Another built a new church. The diocese also has developed one brand new congregation since the split.

“They have found places to thrive, but they had to start over with nothing,” Katie Sherrod, the Diocese of Fort Worth’s communications director, told Episcopal News Service.

The other six congregations, however, fought to remain in their former church buildings and now could face eviction by the ACNA group. Among them are four congregations in Fort Worth – St. Christopher’s, St. Luke’s in the Meadow, St. Elisabeth’s & Christ the King, and All Saints’ – and one congregation, St. Stephen’s, in Wichita Falls. The sixth congregation, St. Mary’s Episcopal Church in Hillsboro had been sharing a worship space with an ACNA congregation but now might be forced to find a new location as well.

“That decision hasn’t been made,” the Rev. Jay Atwood, canon to the ordinary of the ACNA-affiliated diocese, said when ENS reached him to ask about the fate of those congregations.

The legal case now goes back to the trial court judge to determine how his order will be carried out. Episcopal Church leaders don’t expect the five congregations will need to relocate for at least 30 days, but regarding the court case, “this is effectively the end of the road,” Sherrod said.

The diocese had been planning for this possibility, that some of its congregations would need to find new locations, though after the U.S. Supreme Court’s decision, the immediate focus is on providing pastoral care and showing support for the affected congregations, Sherrod said.

“Right now, I think our folks are just trying to deal with the shock of this decision not to hear our case,” she said.