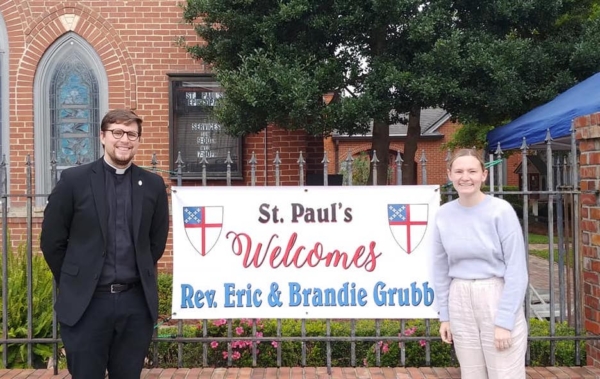 [Episcopal News Service] The coronavirus pandemic has changed many things about how Episcopal churches operate, including the search and hiring procedures congregations follow when calling a rector.

“Each situation is an individual situation. … There’s not a one-size-fits-all approach during the pandemic,” she said. “I have seen God at work in these processes and with our very excellent transition ministers. They have been amazing.”

Clergy are deciding whether the Holy Spirit is calling them into atypical discernment processes. If so, then they are facing new challenges, such as having more of the search process conducted online and balancing the desire to explore one’s sense of call against the risks of travel for a final in-person interview.

The Rev. Michelle Warriner Bolt, canon to the ordinary in the Episcopal Church of East Tennessee, said, “When normal everyday activities feel risky, folks are less likely to take actual risks,” like moving one’s family during a pandemic. “The increased sense of risk in relocation has changed the marketplace, for sure.”

The Rev. Brian Jemmott, canon to the ordinary in the Diocese of New Jersey, added that some possible candidates have not entered search processes because they are reluctant “to leave their congregations right now in the midst of the pandemic if they are the lead person.” However, that hesitation on the part of some clergy has not prevented New Jersey congregations from calling priests, he said.

A few dioceses put search and call processes on hold for a time at the beginning of the pandemic. The Diocese of Nebraska, for instance, paused searches in March 2020.

“That was mainly as a way to just acknowledge the demands of the moment,” the Rev. Liz Easton, canon to the ordinary, told ENS. The diocese thought that the pressures on parish leadership of trying to answer questions about worship and pastoral care “would impede good discernment,” she said. “When we started to settle into these new rhythms, when we learned new strategies for praying and living, we picked most of those searches up where we left off, with an understanding that the process would require more flexibility and creativity than perhaps it ever had before.”

Two rectors started their ministries in the diocese just as the pandemic began. After the diocese resumed searches, three other congregations called rectors.

“Our main objective in every single search is for the parish and the clergy to come to know each other really authentically so that we can really discern a match being made by the Holy Spirit,” Easton said. She remains concerned about “the development of the spiritual cohesion of search committees who cannot meet in person.”

While many transition officers contacted by ENS said that search committees were making the best of digital meeting platforms, they agreed it is not the same. “I personally believe that the Holy Spirit is active and present and perceivable in a different way when we’re in the same room together,” Easton said.

The Diocese of Northern California took a different approach. The Rev. Andrea McMillin, canon to the ordinary, said it was clear that there were pastoral issues as people realized the pandemic was not going to be a short-term event. They had to learn how to stay safe from the virus, work from home and perhaps help children with online school. Those challenges made it hard to think about the longer-term discernment required in search processes, she said.

So the diocese chose to have, what McMillin called, “an expanded interim time” during which interims or priests-in-charge might stay with their congregations longer than they would during a typical search process, until there is mass vaccination or at least “greater social stability” in common life. The result “is not a stagnant time,” she cautioned, but rather a fertile space for interim work and worship and a deepening of mission, outreach and formation.

Four congregations in the Diocese of East Carolina have called rectors during the pandemic. Another three have brought on interims, and other searches are in the works.

“The biggest hardship is not being able to see the candidates in their current parishes because you learn so much about someone in that way,” said the Rev. Mollie Roberts, East Carolina’s canon for diocesan life and leadership, describing the typical visit by a few search committee members to finalists’ congregations. Search committees that are uncomfortable with that lack of knowledge, she added, can pause their process. “Nobody’s done that,” she added.

The Rev. Eric Grubb, who was called in September to be the rector of St. Paul’s Episcopal Church in Clinton, North Carolina, in the Diocese of East Carolina, said finding a safe way to meet in person was crucial for his discernment process. He and his wife, Brandie, spent two days at the church after driving three hours from Charlotte, where he was on the staff of St. Margaret’s Episcopal Church. He led Evening Prayer in St. Paul’s for the committee, and two people gave them a tour of the facility. The interview was conducted indoors with physical distancing. Even so, pandemic restrictions, including on such simple acts as handshaking, made it hard at times, he said.

In the end, he and the search committee “really felt the pull of the Holy Spirit throughout this whole process, even though it has been so strange,” Grubb said.

Then there’s the process of joining a new community in the midst of a pandemic. “They were very creative in welcoming us here,” Grubb said. Congregation members hung a banner in front of the church announcing the arrival of the couple. They also staged a drive-up welcome during which parishioners stopped at the curb outside the church to greet the Grubbs.

In New Jersey, the Rev. Chase Danford completed his agreement to become the priest-in-charge of Trinity Church in Asbury Park in early March. “It was less than 10 days later that everything started shutting down,” he recalled.

Barely a week later, he and his husband, Giuliano Argenziano, became ill with presumed cases of COVID-19.

Danford was scheduled to move from Queens to Asbury Park in May and begin at Trinity on June 1. The start date remained the same, but he spent the first two and a half months either leading worship online or commuting back and forth once limited in-person worship resumed July 12.

Trying to get to know parishioners, he invited them to sign up for “meal meet-ups” on Zoom, joining him for breakfast, lunch, teatime or dinner. It wasn’t the same as meeting in person, though. “There’s going to need to be a lot of relationship-building happening in the second year of my ministry that normally would have happened the first year,” Danford said.

Search processes will continue to change as the course of the pandemic does, especially as more people are vaccinated, East Tennessee’s Bolt predicted. For instance, she anticipates “a pretty big wave” when priests who might have put off retirement will decide to take that step.

“We’re also going to see folks who had been risk-averse be willing to take more risks,” she said. “I think there’s going to be room for extra innovation, extra creativity, to continue to pay attention and meet the needs we see right before us.”