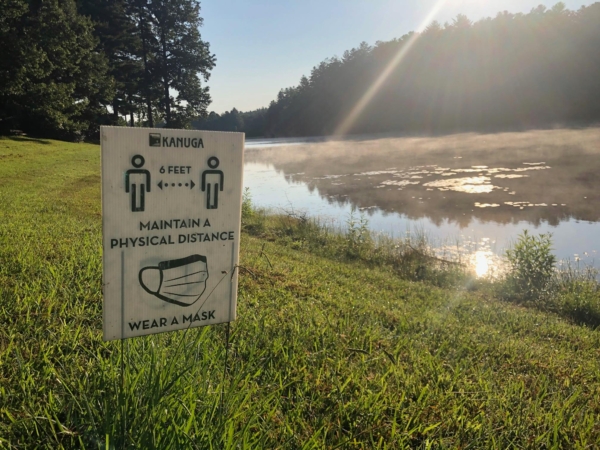 [Episcopal News Service] Episcopal-affiliated camps and conference centers – whether they’re owned by dioceses or operated independently – have allowed the church to branch out into an increasingly secular world, offering children and adults an experience with faith in a more neutral and natural setting than the local church. But their business model – relying on income from the hundreds of visitors that stay at the facilities, often in close proximity – has been decimated by COVID-19.

How are they staying afloat, and will they survive? Some may not, said Ashley Graham-Wilcox, director of communications and events for the nonprofit group Episcopal Camps & Conference Centers.

Four of its member facilities – Camp Mitchell in Arkansas, Gray Center in Mississippi and Camp Stoney and the Bosque Center in New Mexico – are evaluating if and how they can reopen. But many are adapting to the new normal, diversifying their offerings and moving camps online. One facility, Camp Allen in Texas, even held its summer camp, with COVID-19 protocols including daily temperature checks and pre-camp quarantine.

With camps and conference centers varying greatly in location, size and resources, a wide variety of strategies were used this summer.

“We are responding creatively and continuing to look for ways to serve our communities, and need and appreciate support from across the church,” Graham-Wilcox told Episcopal News Service.

Kanuga, the largest Episcopal-affiliated camp and conference center, sits on 1,400 acres in the Blue Ridge Mountains in western North Carolina. With over 150 buildings capable of hosting 700 people, Kanuga’s overhead expenses are significant.

“It is a very expensive property to maintain,” said the Rev. Michael Sullivan, Kanuga’s president. 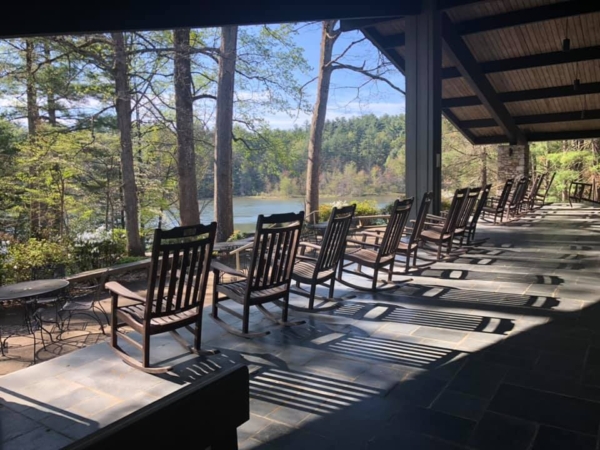 That made it all the more devastating when the pandemic forced Kanuga to cancel scheduled conferences – including Nuevo Amanecer, which is being held online – and its two summer camps in the spring. By the end of May, Kanuga had already lost $2 million in revenue, and Sullivan says that figure is now up to $7.5 million.

Kanuga is an independent nonprofit, not owned by a diocese, so it is responsible for generating its own income. It immediately launched a fundraising drive and “experienced an abundance of support,” said marketing and communications director Jane Cox Childress, raising $1.2 million from over 1,700 people. Kanuga also received a payroll grant in the first round of the Paycheck Protection Program. Still, major cuts had to be made, including staff reductions. Usually there are about 100 year-round employees; now there are fewer than 20.

With in-person conferences and camps still off the table, Kanuga focused on renting its cabins and cottages as socially distant retreats where people could enjoy the natural beauty and outdoor activities Kanuga offers, like tennis, hiking, canoeing and archery. 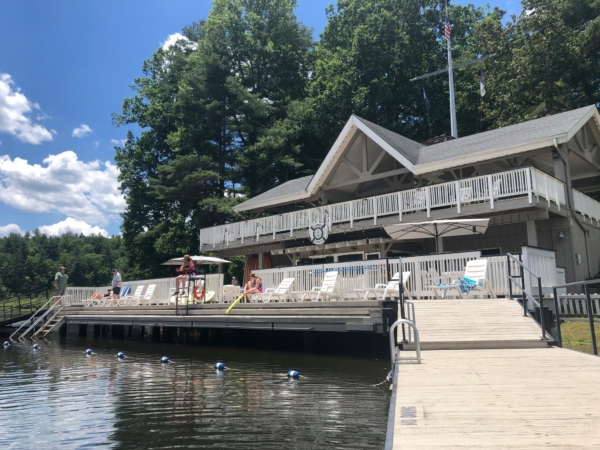 But the biggest lifeline turned out to be a project that was already in the works before the pandemic hit: a mountain biking park called Ride Kanuga. National downhill racing champion Neko Mulally partnered with Kanuga to build a series of trails on Kanuga’s land, for which Kanuga receives a portion of the profit. Passes are available by the day, month or year, and riders can stay at trailside cabins, campsites or the main Kanuga cabins.

The park opened in mid-July, and with people eager to find socially distant outdoor activities, “the timing of its opening could not have been better for Kanuga,” Childress said.

Since then, the park has hosted hundreds of guests. A “ride and stay” promotion over Labor Day weekend was especially effective; about 30% of the lodging guests that weekend were there for Ride Kanuga.

“I would go so far as to say that Ride Kanuga is probably our greatest hope for making it through this,” Sullivan said. 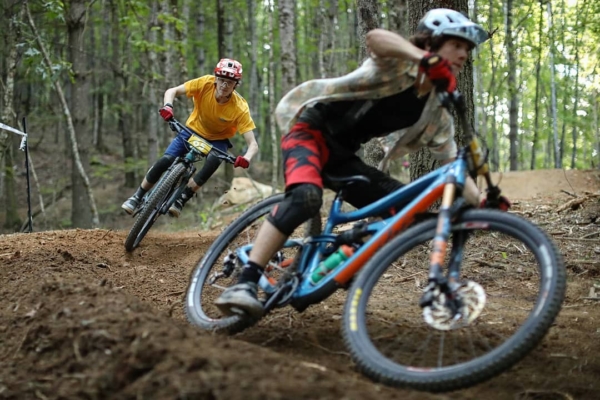 Smaller facilities have lower operating costs but fewer options for in-person activities. The Claggett Center in Adamstown, Maryland, is owned by the Diocese of Maryland but is self-sustaining through program fees.

“[In] a typical year, financially, we’re a really healthy organization and are able to not just cover our operating expenses, but to continue to invest and have repairs and maintenance and things like that,” said Lisa Marie Ryder, the center’s co-executive director.

But when it was forced to cancel its summer camps in May, along with scheduled conferences and retreats, it faced a 75% drop in revenue for 2020. It applied for and received several grants from nonprofits and government agencies; through federal aid, the center was able to retain its full staff of 38 people until June, but after the funding ran out, about 75% of the staff was laid off.

Still, with some counselors on campus, the center was able to offer “long-distance camp” online to small groups that met weekly for activities, games, Bible study and even live campfire songs by request. About 20-30 kids participated in those groups for the full 10 weeks they were offered, as well as some one-off small groups.

For the fall, the center has a brand-new program designed to meet the needs of families during the pandemic: the Claggett Academic Mentoring Program (C.A.M.P.), offering on-site, socially distant child care and online learning facilitation for kids in elementary and middle school.

The public school system in Frederick County, in which the center is located, is holding classes completely online at least for the beginning of the school year, putting a strain on working parents. C.A.M.P. is designed to synchronize with the public school schedule and curriculum, providing kids with the equipment, supervision and tutoring they need – as well as socialization and recreation.

“This is an opportunity for working families to be able to actually still go to work,” Ryder told ENS. “They can send their kid here and have them here in a safe environment, and our tutors and mentors are assisting them and helping them work through their virtual learning. And when learning time isn’t happening, they’ll be canoeing and playing games and doing all the fun and wonderful things that camp offers, but in a CDC-compliant and socially distant and safe way.”

The center is acutely aware, however, that access to these kinds of child care and online learning support groups is a factor in deepening inequity in education, so they built equitable opportunity into the program.

“One of the things we were seeing in our community was that families who are of means – it hasn’t been particularly hard for them to find the support they need, so people are forming education pods, they’re hiring private tutors,” Ryder said. “We’re going to mirror the percentage of kids in our county who are on free or reduced lunch. We’re committing 27% of our program to be free to kids on free or reduced lunch. … We’ve formed a great partnership with a group in our area that works with children experiencing homelessness. And they’ve been really excited that this is a great opportunity and a great place to get those kids engaged in a safe place for six hours a day.”

Even with all their innovative solutions, though, so many camps and conference centers still face the threat of closure – even major facilities like Kanuga. With the timeline for a COVID-19 vaccine uncertain, facilities can’t assume things will be back to normal next summer.

“COVID will definitely have long-term impacts on our camps and sites, spaces that thrive and are driven by bringing people together, with no certainty or definitive ideas around when people will feel safe gathering in groups again, or sending their children to gather in groups,” Graham-Wilcox said.