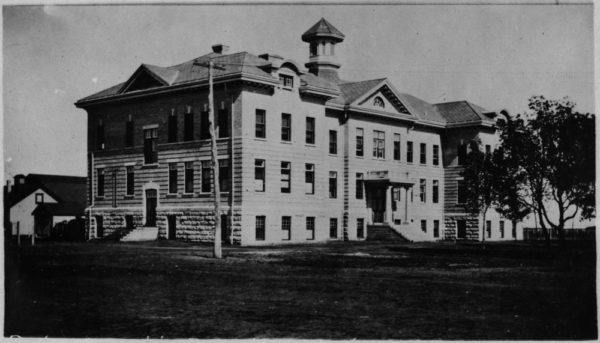 This step represents official recognition that the harm caused by the residential school system is “a crucial defining part of Canadian history that must be understood and addressed in the present,” the National Centre for Truth and Reconciliation (NCTR) stated regarding the announcement.

More than 150,000 First Nation, Inuit and Métis children attended residential schools between the late 1800s and the time of last school’s closure in the 1990s. Many of these students experienced mental, physical or emotional abuse, and thousands died while attending the schools. Government-funded and often church-run, the schools forced students to be separated from their families, communities and cultures in an attempt to assimilate Indigenous cultures; the Truth and Reconciliation Commission (TRC) characterized the system in its 2015 report as perpetrating “cultural genocide.”

The designations are in response to the TRC’s Call to Action 79, which asks the federal government “to develop a reconciliation framework for Canadian heritage and commemoration,” including a plan for “commemorating residential school sites, the history and legacy of residential schools, and the contributions of Aboriginal peoples to Canada’s history.”

The federal government is “committed to fully implementing every Call to Action from the TRC report,” said Minister of Environment and Climate Change Jonathan Wilkinson, who is responsible for Parks Canada, during the announcement.

Irene Barbeau, who attended Shingwauk Residential School in Sault Ste. Marie, Ont., until 1963 says designating former residential schools as historic sites is “absolutely the right thing to do by Canada.”

Barbeau has been involved in commemoration work surrounding the Shingwauk building for decades as part of the Children of Shingwauk Alumni Association (CSAA), the Reclaiming Shingwauk Hall project and the Shingwauk Residential Schools Centre, an archive that is a joint initiative of Algoma University and the CSAA.

“The surprising thing I learnt with work with residential school system and the archives is that there are still Canadians who don’t know this part of their history,” she says. She is happy to see this changing. “The present generation of students will know about it because [it] is part of their curriculum at the elementary, high and post-secondary levels.”

The commemoration is part of the educational component of the Residential School Agreement as well as fulfilling a recommendation of the TRC report, Barbeau notes.

“Canadians need to see something to help them understand the goal of the residential school systems initiated by their government.”

For Archbishop Mark MacDonald, national Indigenous Anglican archbishop of the Anglican Church of Canada, watching the announcement was a surprisingly emotional experience. “I was deeply moved by the announcement, and I was actually surprised by how moved I was,” he says.

“To me, the reality of continuing this conversation in the national life of Canada meant something to me—again, I was surprised at how much it meant to me…. It may not look like much to people, but I am glad that people are continuing to both honour the survivors and also to remember so that nothing like this ever happens again.”

MacDonald says his first thought upon hearing about the announcement was, “Why would we want to do this?”

“With this rollout, I had a surprising reaction: this was a memorial to those who suffered and died, this is to assure that they will never be forgotten and that the denial of their human rights will never be a part of this land again. We have made another small step towards justice and truth.”

The commemoration is a “significant step for Canada as a nation … more significant than I think many non-Indigenous Canadians are aware,” says Melanie Delva, reconciliation animator for the Anglican Church of Canada.

“In designating the residential school system as an ‘event of national significance,’ we as a nation can in no way deny that this system of cultural genocide existed, or (in some ways, worse) adhere to the notion that it did exist but that it ‘wasn’t so bad,’ or ‘helped’ Indigenous peoples. In naming this, we as a nation are taking a step in recognizing our abysmal track record of human rights violations against First Nations, Inuit and Métis peoples,” she says.

“I pray fervently that Anglicans across Canada will take note of this watershed announcement,” Delva says. “But more than that, make a conscious effort to find out more about the residential school nearest them, the system in general, and find concrete ways to be involved in healing of the past system, and change in the current system.

The announcement also opens up the opportunity for groups to decide if the residential school in their community should be named a national historic site, and allows for funding from Parks Canada for that purpose, Delva notes.

Barbeau says she believes that all residential school sites should be designated as historic sites. “This acknowledges their presence as a reminder that this should never happen again to people, regardless of their race…. Actions speak volumes, instead of just lip service, which tends to be the case when it comes to Indigenous issues.”

The virtual announcement can be viewed in full on YouTube.